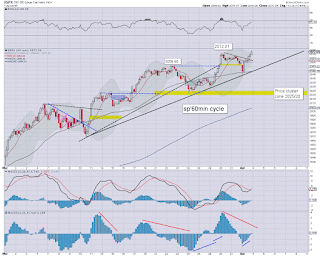 ... and another week comes to a close.

April began with the bears being teased in early morning, with a swift reversal, one that held into the weekend.

The levels are clear across the various indexes.

It remains simply a case of whether the bulls can start breaking above the series of marginal lower highs.