It was a very mixed month for world equity markets, with net monthly changes ranging from -8.5% (Japan), +0.3% (USA - Dow), to +5.9% (Brazil). Near term outlook offers a little higher into mid March, but renewed, and increasingly powerful downside looks due across the spring, and into the early summer. 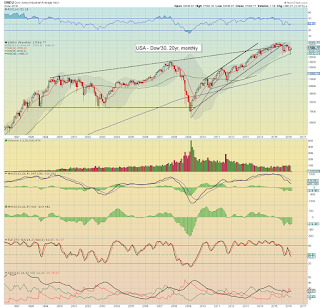 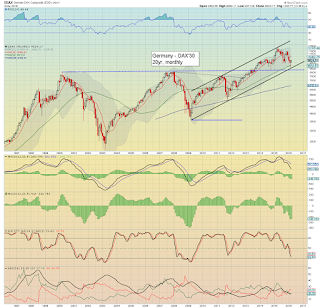 The economic powerhouse of the EU - Germany, saw a third consecutive monthly fall, with a Feb' decline of -3.1%. The DAX has already come pretty close to testing rising support of 8500. Equity bears seeking grander downside across 2016, should be looking for a monthly close under 8K. If that is attained, next target would be the 7000/6500 zone. The Nikkei saw a fiercely bearish Feb', and despite climbing into end month, still fell a net -8.5%. First resistance is the 18500/18k zone. Renewed downside to 12K looks probable by June. 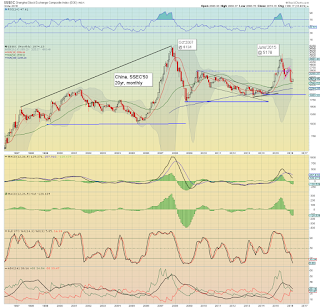 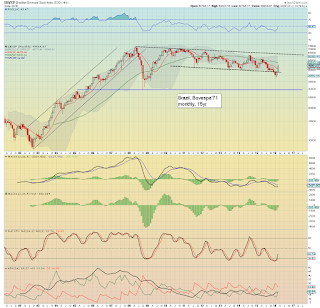 The Brazilian market had a relatively strong month, settling +5.9% in the 42000s. First upside resistance is the 49/50k zone. If renewed upset across world capital markets this spring/summer, the Bovespa looks set to hit the 30K threshold, which is a clear 28% or so lower. 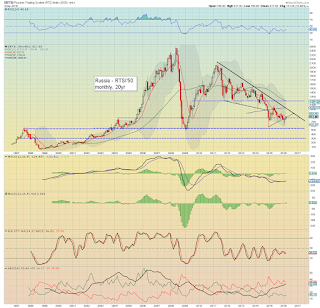 With energy prices pushing higher into end month, the Russian market managed a net gain of 3.4% to 766. There is strong resistance at the 10MA of 817.. which was where the market closed on Friday. If oil/gas prices see renewed downside (as seems probable), first downside target will be the 550/500 zone. 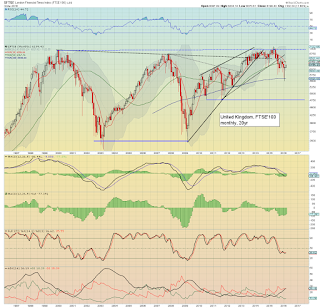 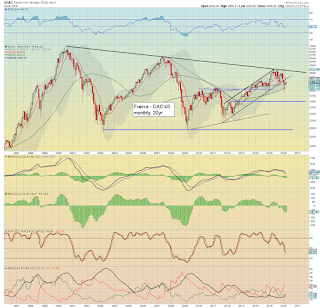 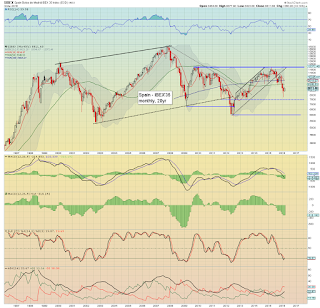 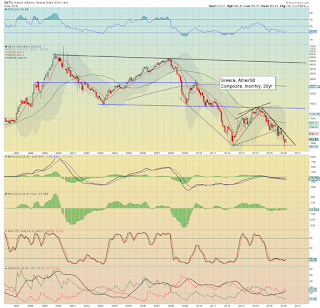 The economic/societal basket-case of the EU - Greece, saw a fourth consecutive monthly decline, settling -6.5% @ 516, having broken a new multi-decade low of 420. If world equity markets see renewed broad downside, the Athex looks set for the 300/250 zone.

I have long wondered that if the Greeks decided to abandon the Euro, if we'd eventually see the Athex go sub 100. That still seems possible, as the current trend from spring 2014 is very bearish.
--

February saw many world equity markets break new multi-year lows. Despite a rebound into end month, and across the first four days of March, the broader trend remains bearish.

What is now critically important is whether world equity markets are going to put in another lower high, and rollover.. or keep on pushing higher into April/May.

From a economic/financial system perspective, there are a great many problems, not least of which is that we are yet to see capitulation in the oil/gas/mining/shipping sectors.

There are all sorts of counter-party and derivative issues, any one of which could cause great upset to world capital markets.

.. and no doubt, if such events occurred, the central banks would try to paper over the widening cracks with even more QE.. or far far worse................ NIRP, as the ECB and BoJ have already resorted to.
--

There is very little of significance scheduled in the week ahead, except for the ECB meeting.

*the ECB will issue a policy statement around 7am EST, with a Draghi press conf' at 8.30am EST.

A third week of gains

The equity bull maniacs managed a third consecutive net weekly gain for US equity indexes, with the sp +51pts (2.7%) at 1999. Near term outlook threatens the 2020/40 zone by the FOMC of March 16th. From there.... things should get real interesting. 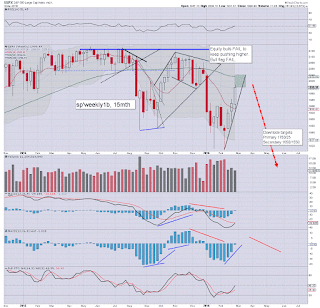 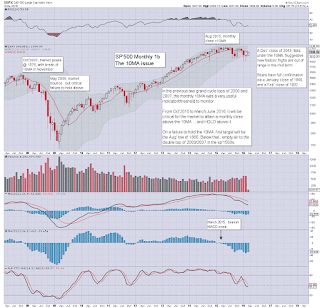 Suffice to add, it will be important for the equity bears to see renewed weakness after the next FOMC, with a March close under the 10MA (currently @ 2013). 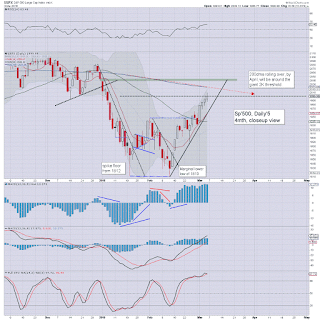 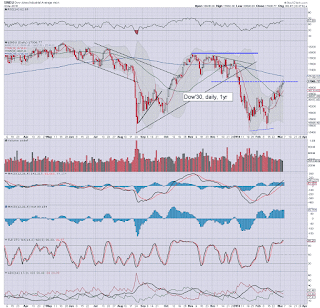