It was a very mixed week for US equity indexes, with net weekly changes ranging from +0.4% (Dow), -0.1% (sp'500), to -2.5% (Trans). Near term outlook offers a retrace of 1-3%. With the market still regularly breaking new historic highs, the mid term outlook remains strongly bullish. 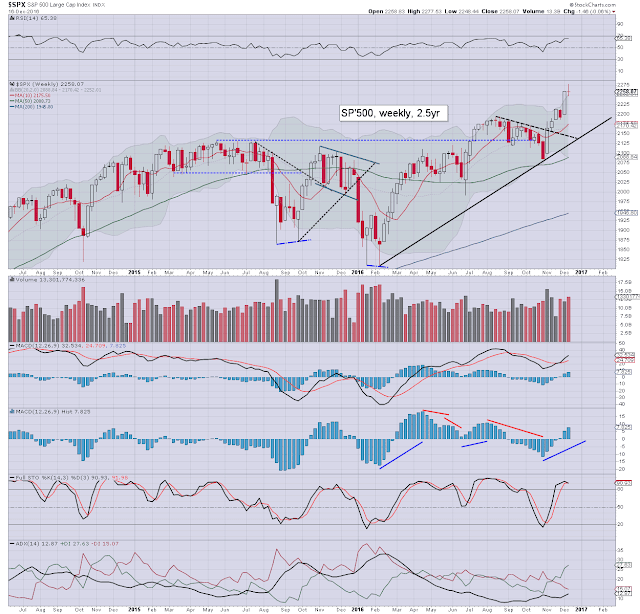 Best guess: a relatively minor retrace to around 2230, and then upward into year end, and carrying across into late Jan/early Feb. Next big upside target zone is 2325/50. The 2500s seem viable by June/July, if commodities can rally (CRB >220).. with WTIC oil at least around $60.

Equity bears have nothing to tout unless a monthly close under the monthly 10MA, which will be around 2160/70 in January.
-- 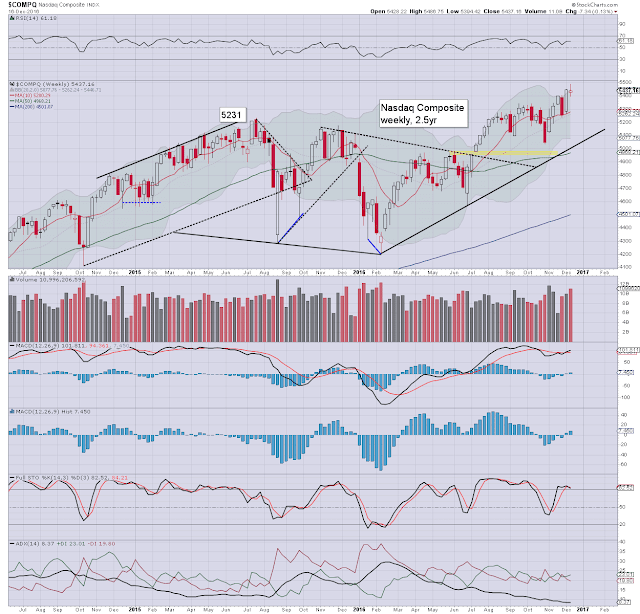 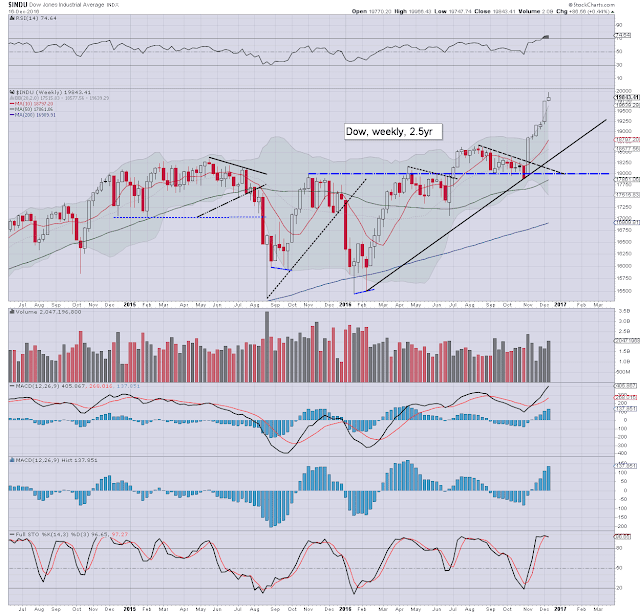 The mighty Dow climbed for a sixth consecutive week, the best run since Nov'2015. The weekly RSI is in the mid 70s, which could be seen as indicative of a mid/long term breakout, but also short-term overbought. First support is the 19k threshold, which is around 4% lower. The old resistance of 18k is now a very secure mid term floor. 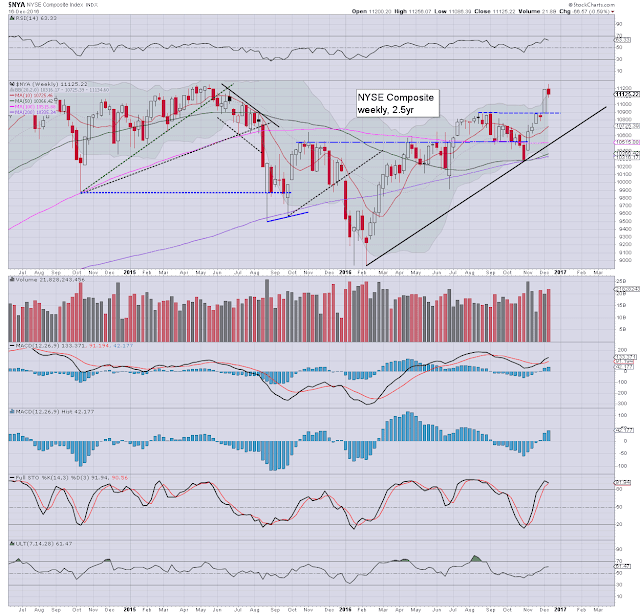 The master index has finally followed the rest of the market, breaking the 2015 high, with a new historic high of 11256. The NYSE comp' settled net lower by a moderate -0.6%. Near term outlook is bearish, with viable cooling to 11000/10900. Next big upside target is the 12k threshold, which seems probable by late spring 2017. 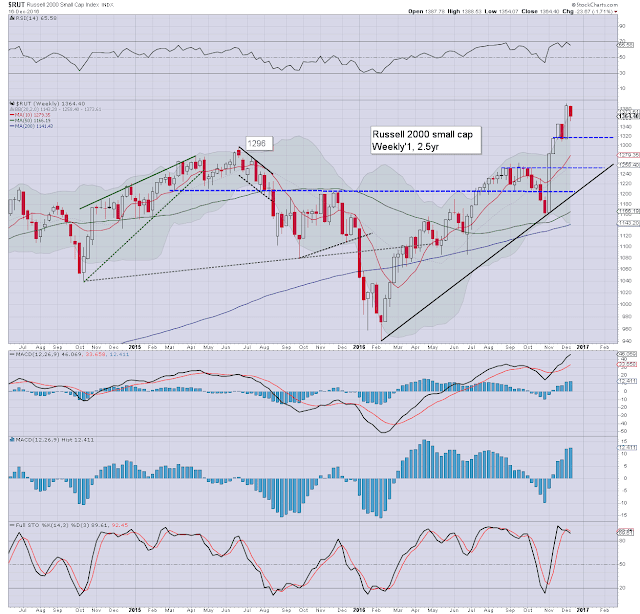 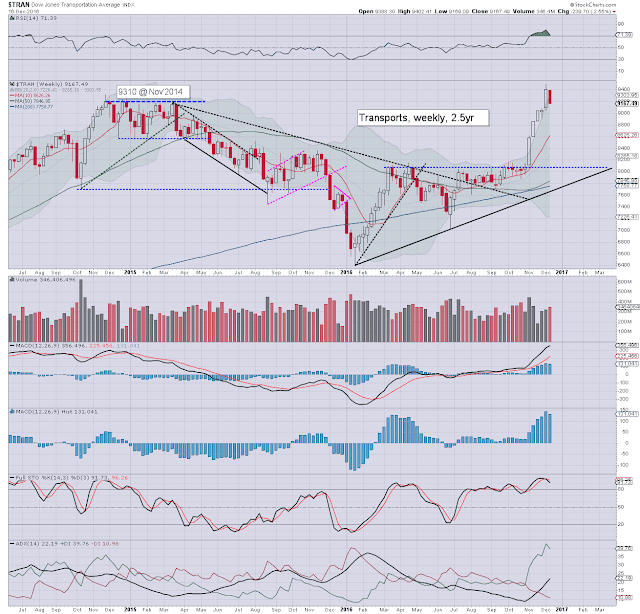 The 'old leader' - Trans, is leading the way lower, with a net weekly decline of -2.5% to 9167. First support is the 9k threshold. Talk of 'tranny 10k' should have already begun in the mainstream. It is notable though that if WTIC oil can claw and hold above the $60 threshold in 2017, the trans will be increasingly restrained, as higher oil/fuel costs will be especially problematic for transportation companies.
--

All US equity indexes are trading close to historic highs.

The NYSE comp' has finally matched other indexes, and broken above the 2015 high.

There is downside buffer of 5-6% for most indexes, before doing ANY kind of damage to the upward trend that began in Jan/Feb'.
--

Its Christmas week, and there is indeed not much scheduled.

*Yellen is due to speak (Monday, 1.30pm) at the Univ' of Maryland on the state of the US job market. That will likely garner some media coverage.

**The US equity market will close normally at 4pm on Friday, The following Monday of Dec'26th is CLOSED. Friday Dec'23rd can be expected to see exceptionally subdued price action, probably no more than a few points range.

As ever, if you value these posts, you can support me via a monthly subscription, which will give you access to my intraday updates @ permabeardoomster.com 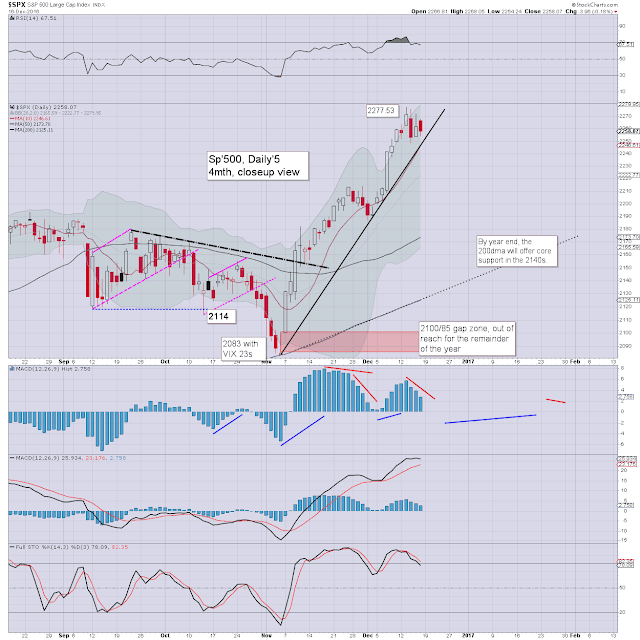 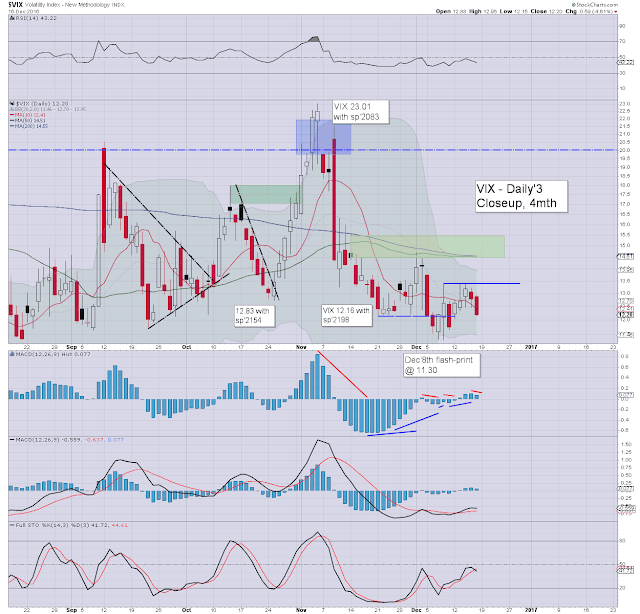 The mainstream have been (understandably) looking forward to Dow breaking the giant psy' level of 20k. The Dow came real close on Wednesday afternoon, with a peak of 19966.

Today opened a little higher, but there was increasing weakness into the afternoon, as there are just very few willing to buy at these levels, or ahead of the weekend. 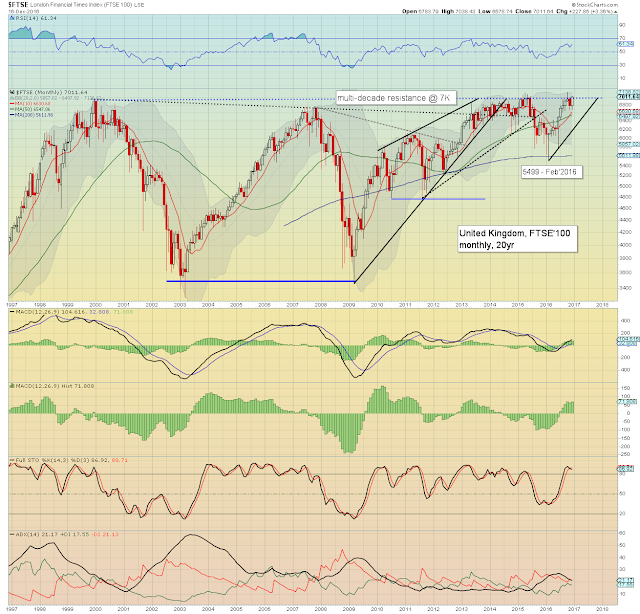 With just nine trading days left of the year, my home market of the UK is battling to break AND hold above multi-decade resistance of 7k. A Dec', or Jan' close in the 7000s would be extremely bullish, and offer further basic upside to 8k by late spring/early summer 2017.

I realise many of you (those in the USA) don't care about other world markets, but they can be used as indirect indicators of where the US market might be headed in the months, and even years ahead.
-- 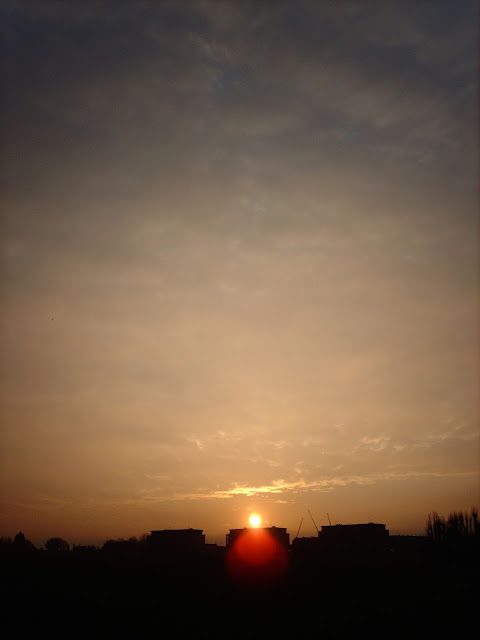 *the weekend post will appear Sat' 12pm, and will detail the US weekly indexes
Posted by Trading Sunset at 00:00:00
Email ThisBlogThis!Share to TwitterShare to FacebookShare to Pinterest
Newer Posts Older Posts Home
Subscribe to: Posts (Atom)