Bearish start to the week 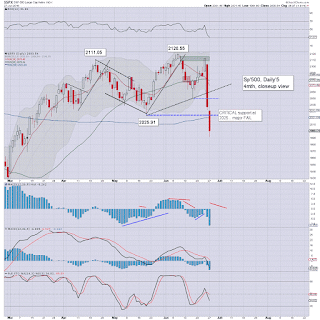 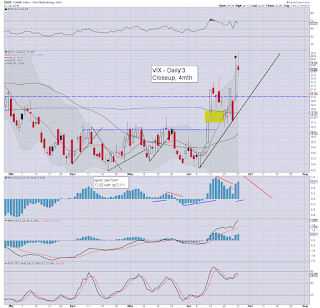 This morning's declines took out an array of key supports, 2025, the 200dma, and the giant psy' level of 2K. Further downside to the 1950/25 zone remains valid by the weekend. 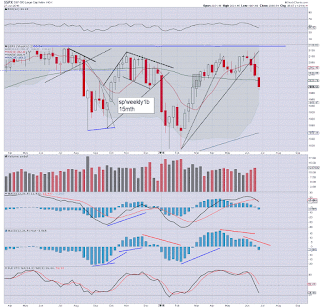 Note the lower bollinger band @ 1950, and that is a very valid target for this week. 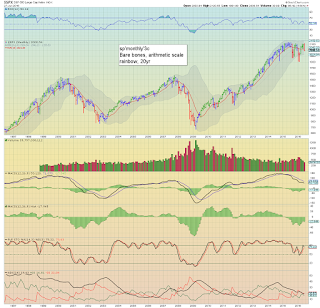 Note the red 'elder impulse' candle', the first red one we've had since February. The lower bollinger is offering the 1920s in the near term. From a grander multi-decade perspective, the deflationary doomer bears need a monthly close <1500 to have any justification for calling for sp'400 or Dow 5K - as I'm seeing touted again.