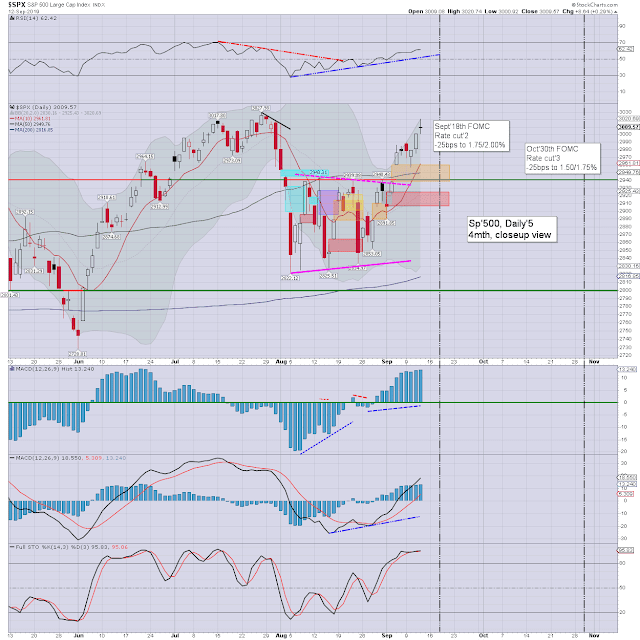 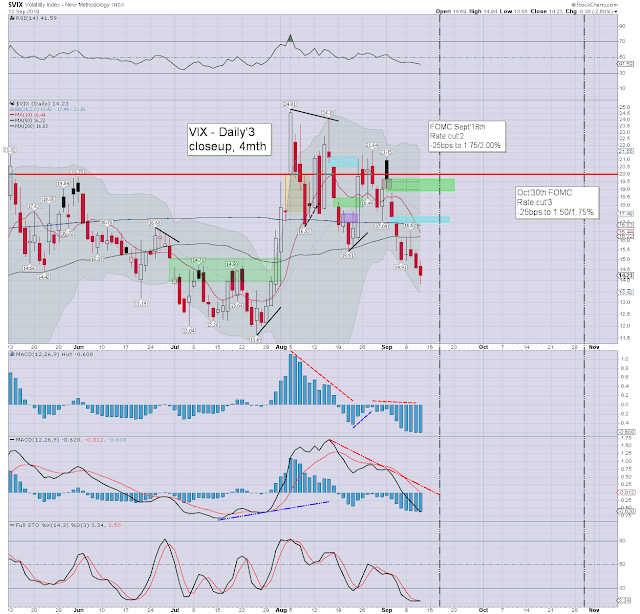 First, I wanted to highlight the late Wednesday announcement...

Maybe the US President would like to kick the trade/tariff can once every two weeks?

Meanwhile, as expected the ECB cut rates by -10bps to -0.5%. Tiered deposit rates were also announced. It was somewhat surprising to see renewed QE of €20bn a month. I had expected Draghi to leave Lagarde to be the one to spin back up the printers.

Draghi has just one more ECB meeting left, before Lagarde takes over in November. I guess she'll be the one to eventually start buying equities... and not just those within the EU. Indeed, even though the US Fed isn't currently printing, doesn't mean other central banks aren't driving up US asset prices.

... as the US President continues to lead a charge for negative rates.
--

US equities opened positive, and saw a few swings on yet more trade speculation. With bond yields and the Euro whipsawing back upward, the market built moderate gains into the late afternoon. The late afternoon saw a touch of cooling.

So, we now have European rates of -0.5%, and monthly QE of €20bn. We're another few steps along what is a dark monetary path. By definition, negative rates are destructive of savings, which are the basis of all genuine capital formation.

Yours truly holds onto one small solace... that the financial historians of the 22nd or 23rd century will correctly detail the madness which consumed the ECB and most other central banks in the early 21st century.
--