Climbing into the weekend 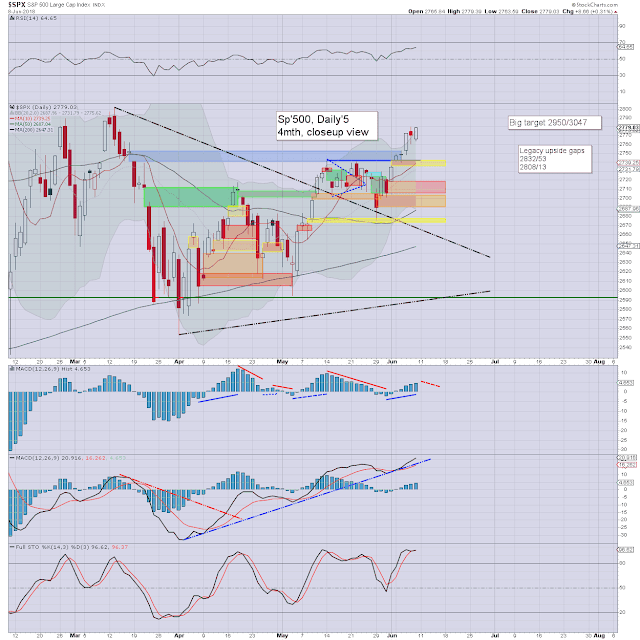 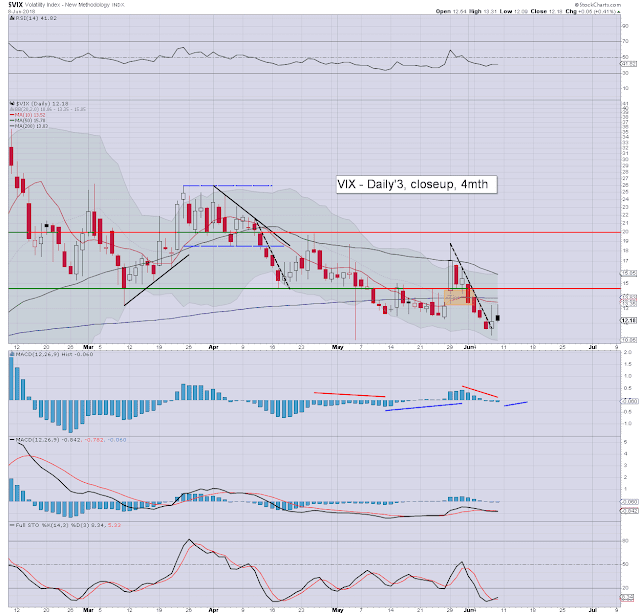 US equities opened a little weak, partly just a combination of s/t cyclical cooling, trade-talk concerns ahead of the G7. There was a moderate swing higher that took the sp'500 just shy of the Thurs' morning high.

Volatility saw the low 13s in early morning, but with equities clawing back upward, the VIX melted into the weekend, settling just fractionally higher in the low 12s.
-- 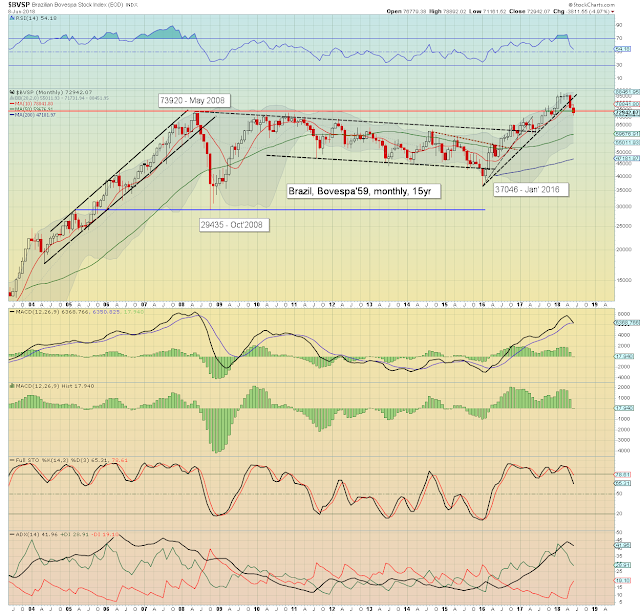