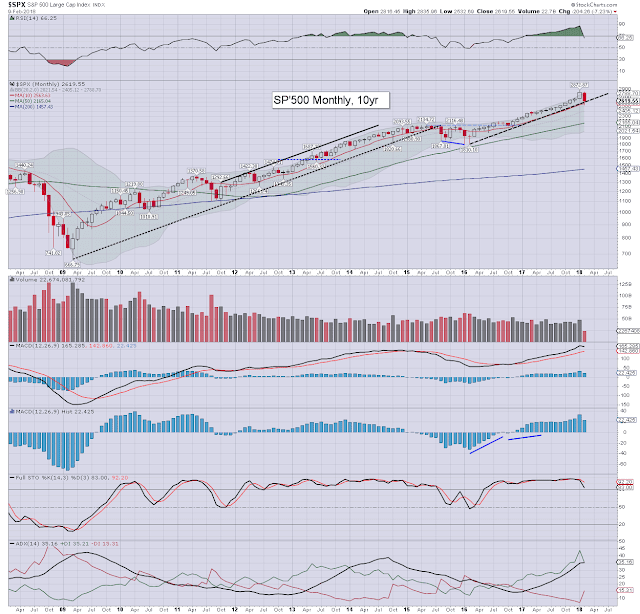 The sp' is currently net lower for February by -204pts (7.2%), currently at 2619. The key 10MA is at 2563, and was briefly broken under during the Friday session, for the first time since Nov'2016. Underlying MACD (blue bar histogram) cycle is ticking lower, but even at the current rate, a bearish cross is out of range until at least April.

Best guess: renewed upside, with big target of 2950/3047 by the early summer. Considering recent price action (a correction of 11.8%), if the market does get stuck around 3k, the next correction could justifiably be expected to be larger, on the order of 15/20%. More broadly, the year end target of 3245 still looks rather good.

Equity bears have nothing to tout unless we see a  bearish monthly close. For yours truly, that would equate to a monthly close under the monthly 10MA. That is currently at 2563, and climbing by around 35pts a month. On some reflection, its possible we might see such a bearish monthly close, but still hyper whipsaw back upward. A good example is 1998... 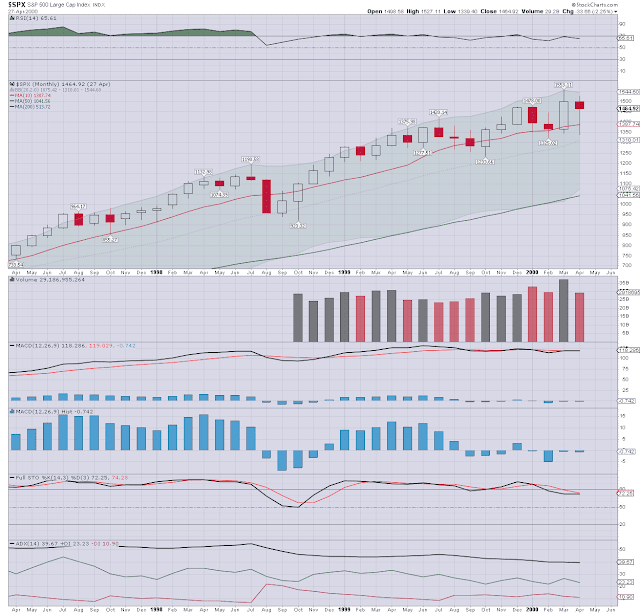 Note the spike high of 1190 in July, settling moderately red. August saw a massive washout, September was choppy, whilst October saw a hyper spike floor from a marginally lower low. The market then resumed powerfully upward into year end. That kind of pattern is something to keep in mind, if we do get stuck <3047 later this year.
-- 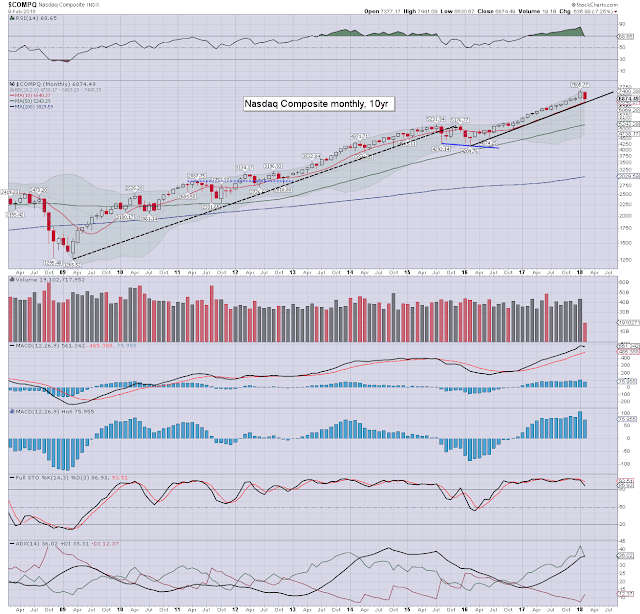 The tech is currently -7.2% for February. Friday saw the key 10MA fractionally broken, but we settled the week at 6874. The RSI has cooled from almost 90, back <70. Despite the powerful swing from 7505 to 6630, the broader outlook remains unchanged. The 8000s still seem viable this spring/early summer, with 9000s for year end. 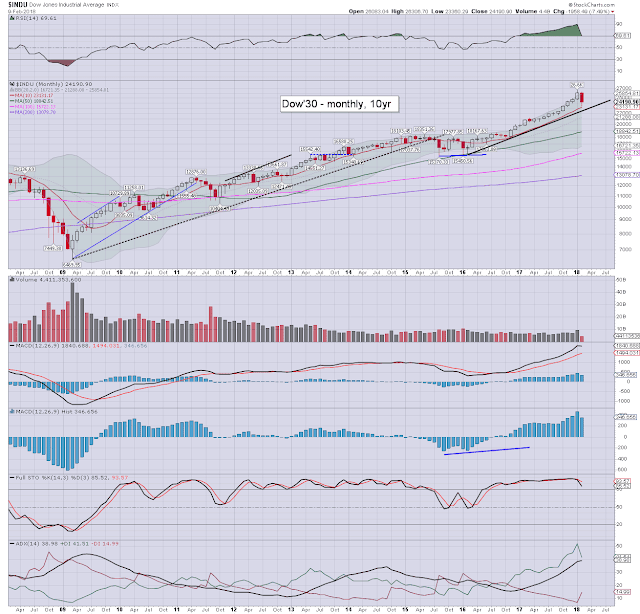 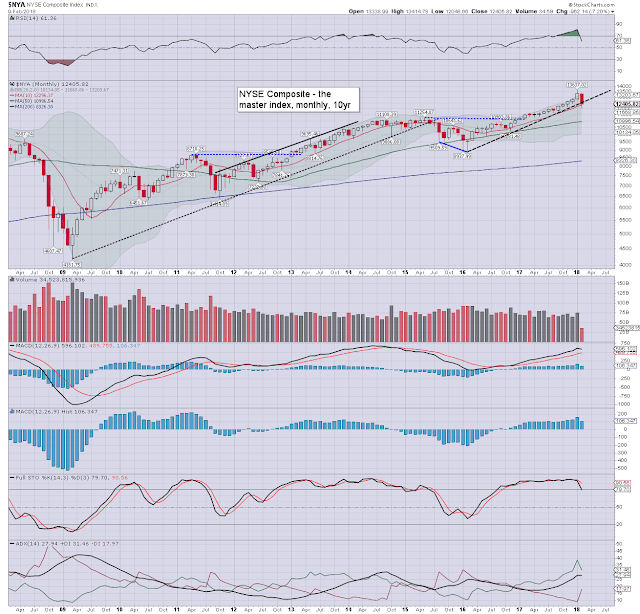 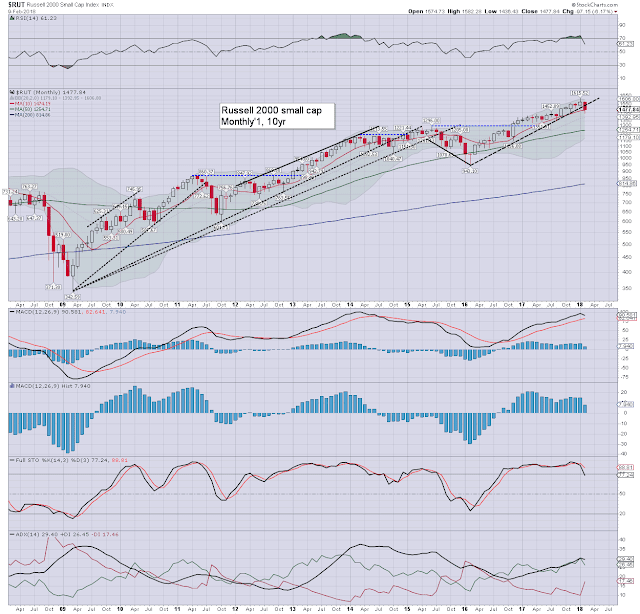 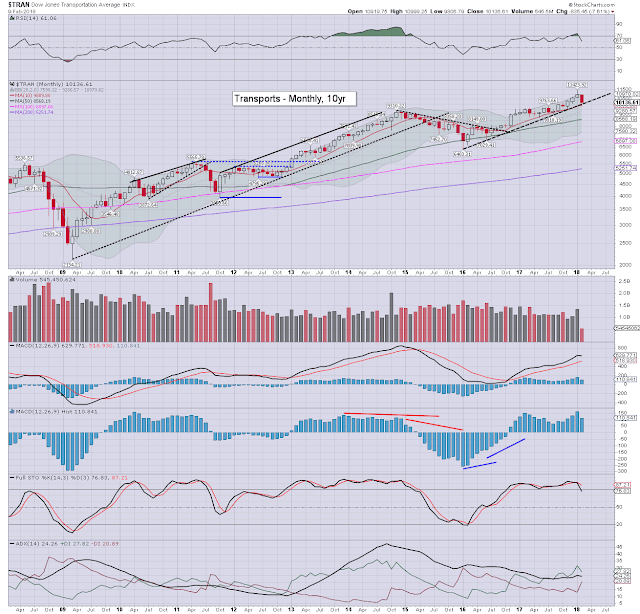 Technicals - such as RSI, have greatly cooled from multi-decade/historic highs.

Equity bears still have nothing to tout unless the majority of indexes see a monthly settlement under their respective key 10MAs.
-- 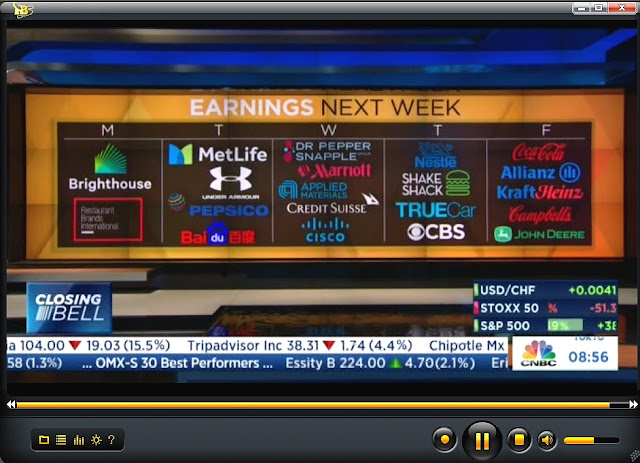 ... along with a fair amount of econ-data this week...