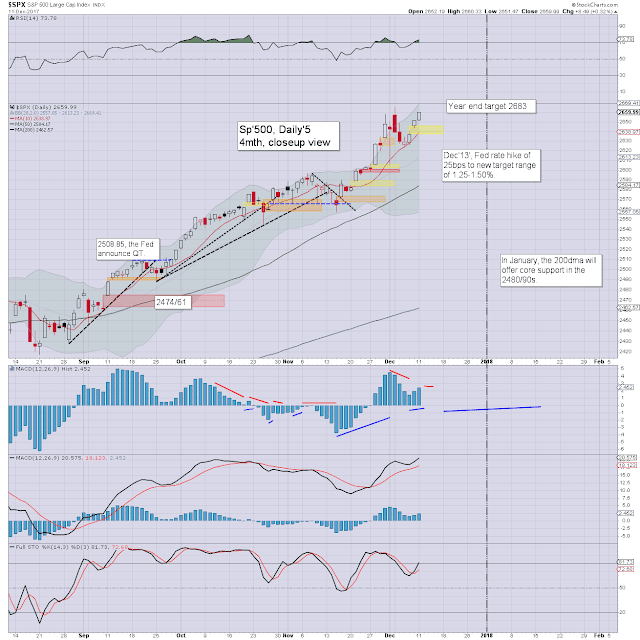 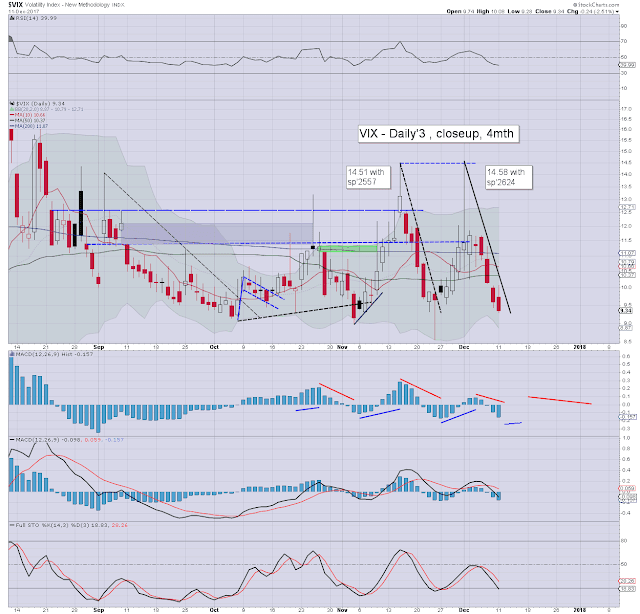 It was a rather sleepy start to the week, with pretty subdued price action. Of the six main indexes, 4 were net higher, whilst the Trans/R2K settled a little weak. I'd argue the latter two are an early warning of (moderate) weakness in the main market within a day or two.

Market volatility remained very subdued, with the VIX lower for a fifth day. Having seen 9.28 this afternoon, its no stretch to see the 8s... or even the 7s within the near term, if only on a 'flash print' basis. Those often happen with an FOMC announcement of course, as is due this Wed' at 2pm.