Euphoria is still some ways away 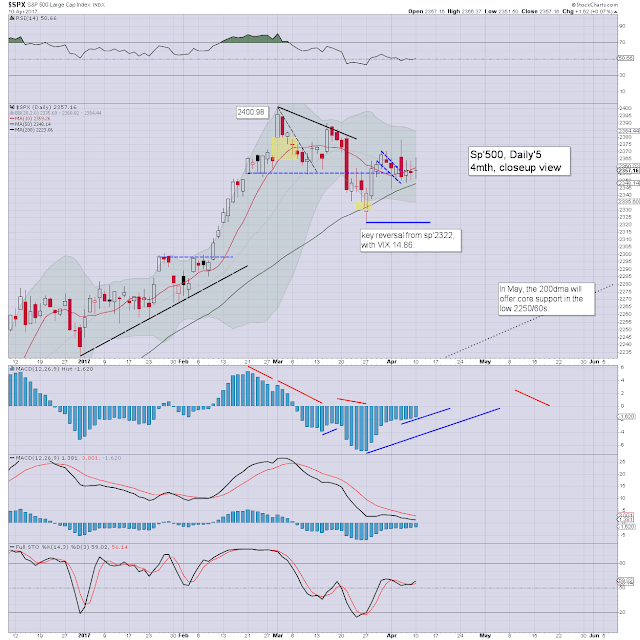 US equities saw a day of moderate swings, as the market is still trying to cope with a simmering of mainstream chatter about middle eastern geo-politics.

Its notable that the VIX settled in the 14s, the highest close since Dec'2nd 2016. Cyclically, VIX is on the high side, and barring any more 'surprise Syria/Korean news', the VIX should melt lower into the Easter weekend.
--

This lunchtime's clown finance TV show covered the latest target from MS, who are now seeking the sp'2700s. 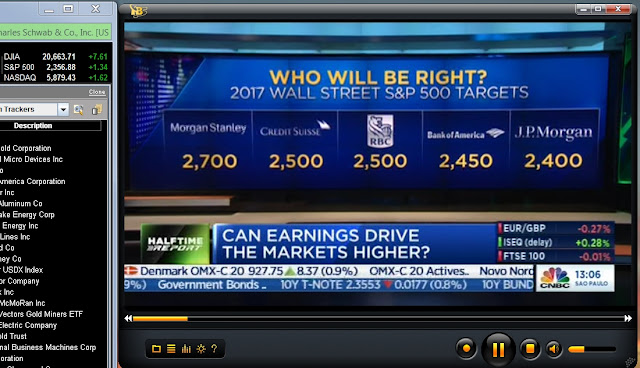 My own year end target of 2683 is indeed comfortably on track. It'll require the 2500s no later than Sept'.

The bears can't tout anything unless we break the mid term rising trend. Its that simple. Anyone calling a near term multi-year top is to be dismissed as an idiot. But then, most of those same names have been at it for years. They've not learnt a gods damn thing.