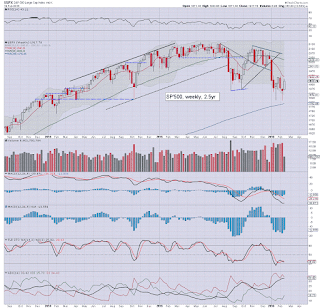 The sp'500 saw a net weekly gain of 53pts (2.8%) @ 1917. Underlying MACD (blue bar histogram) cycle is starting to tick higher. At the current rate, a bullish cross is viable around mid March. 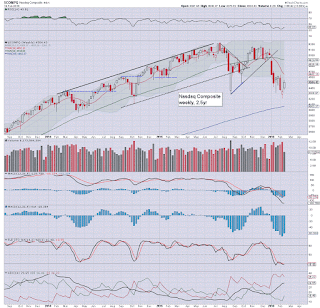 The tech saw a powerful weekly gain of 3.85% to 4504. It would seem the Nasdaq comp' will manage to battle upward to around 4750/800 by mid March. From there.. the renewed downside target is the 4K threshold... which will make for a straight forward drop of 20%. 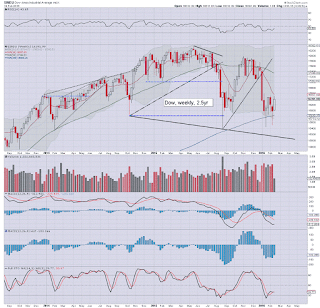 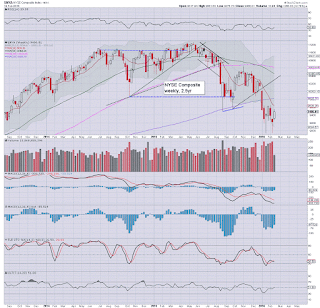 The master index climbed a net 2.8%, settling @ 9485. The giant 10K threshold is core resistance. Equity bears should be seeking the NYSE comp' to not see any daily closes >10K. First key downside remains the 8K threshold. 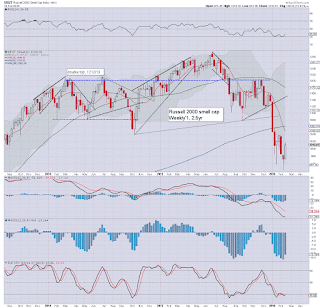 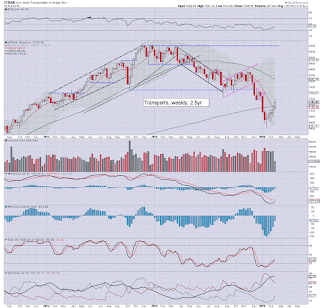 Having broken a marginally lower low last Thursday, US equity indexes are in strong bounce mode.

It would seem most indexes have a viable 4-5% further upside.

If the market gets stuck around mid March, then (in theory) renewed downside of 20% looks due.
-- 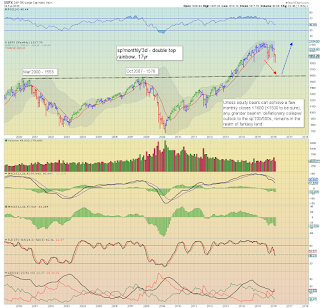 It would be the ultimate, and obvious outcome, not least if the central banks continue the path they seem intent on.
- 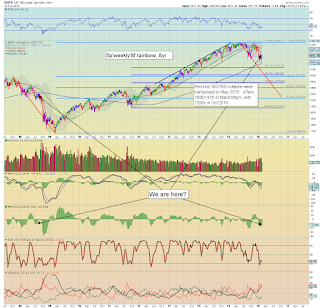 If we're trading close to sp'1600.. whether in April, May.. or some time later this year, the equity bears are going to need to be EXTREMELY mindful of a probable major swing back upward.
--

*there are a lot of fed officials on the loose next week, notably Bullard, Wed' AH

--
Have a good weekend
Posted by Trading Sunset at 04:00:00
Email ThisBlogThis!Share to TwitterShare to FacebookShare to Pinterest 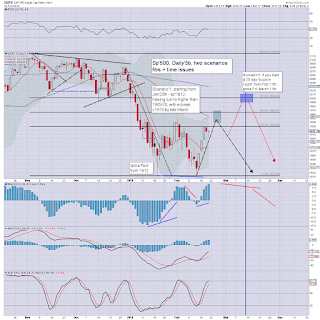 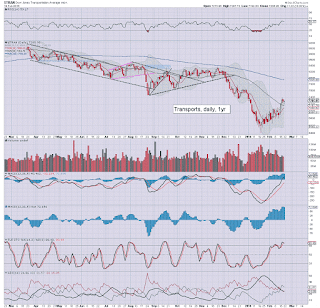 Suffice to add... a day of moderate chop... but then it was OPEX.

Further upside looks due... the only issue is whether the market maxes out in the sp'1950/60s... or can manage to claw to around 2K by mid March.

In theory, the next down wave should at least reach sp'1750/25 zone.. where there are a number of key fib' levels, and other aspects of support.

--
*the weekend post will appear at 11pm EST... on the US weekly indexes
Posted by Trading Sunset at 01:00:00
Email ThisBlogThis!Share to TwitterShare to FacebookShare to Pinterest
Newer Posts Older Posts Home
Subscribe to: Posts (Atom)