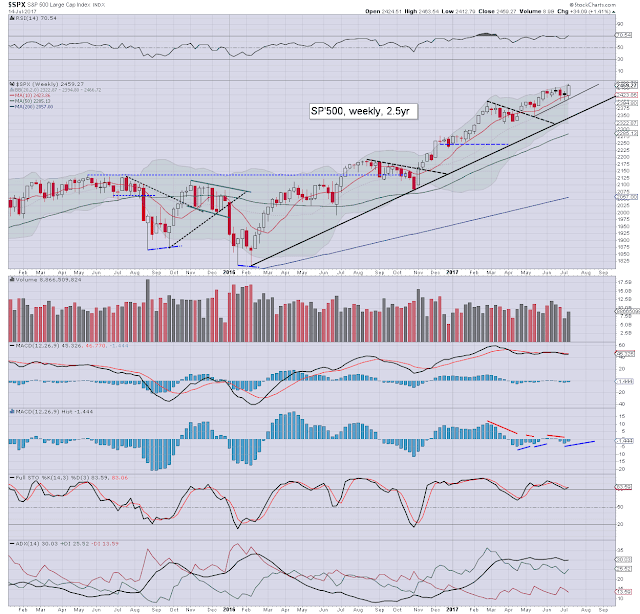 The sp'500 began the week on a bearish note, with a Tuesday 'Trump Jr' low of 2412, but then rebounding strongly upward, settling +34pts (1.4%) to 2459. There was a notable new historic high of 2463. Underlying MACD (blue bar histogram) remains fractionally negative, but is due a bullish cross before end month. The key 10MA offers support in the 2420s, and that looks secure into early September.

Best guess: a near term retrace to the gap zone of 2435/25, with renewed upside to the 2500s, certainly no later than early September. The elusive 5% retrace seems viable in Sept/Oct, but broadly, the US market is super strong, with the year end target of 2683 on track.

Equity bears should remain mute unless a break of mid term rising trend, which will be around 2350 next week, and is rising around 25pts a month.
-- 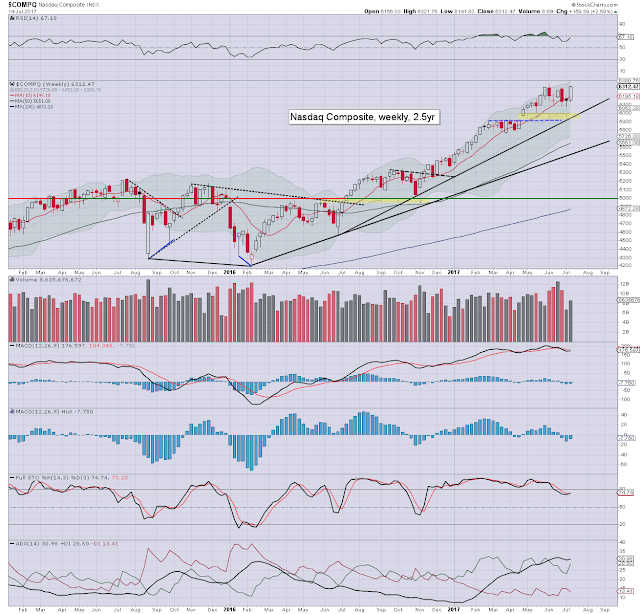 The Nasdaq continues to lead the way, with a net weekly gain of 2.6% to 6312, settling well above the key 10MA. The 6k threshold now looks secure until September, as the 6500s appear viable within 1-2 months. Price momentum is still moderately negative, but a bullish cross is due before end month. 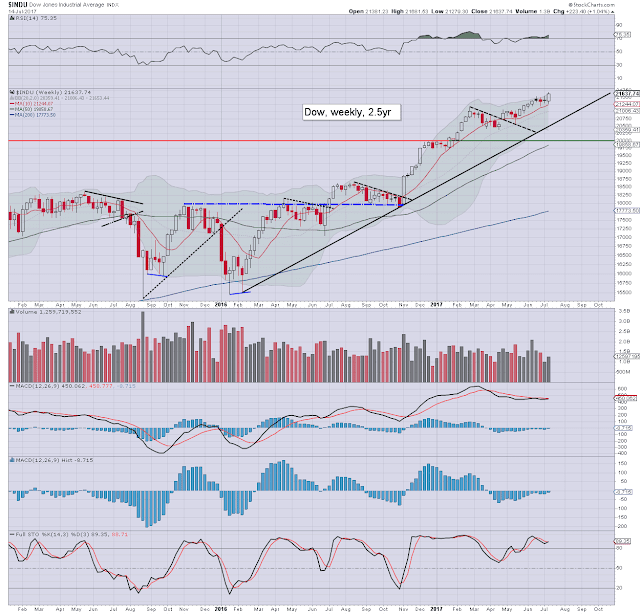 The mighty Dow climbed 223pts (1.0%) to 21637, with a notable new historic high of 21683. Underlying MACD remains fractionally negative, and we're due to turn positive cycle within a week or two. Ongoing price action remains 'scary strong', as the 22000s are easily viable by September. A year end close as high as 23k is possible, and just consider that is only another 6.3% higher. 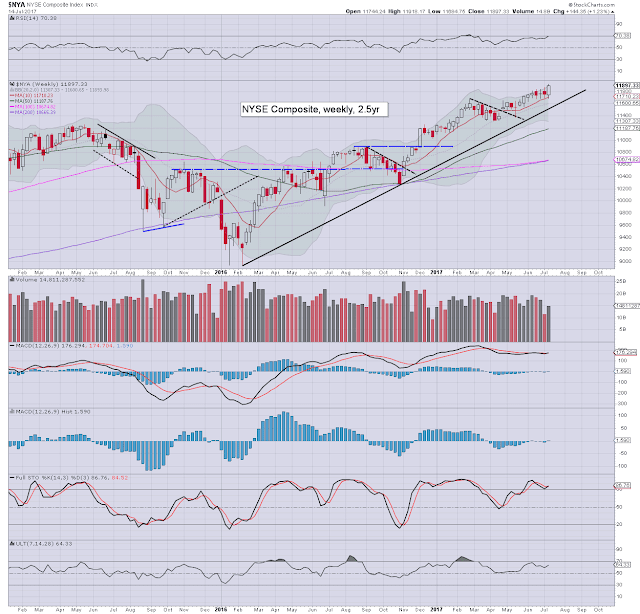 The master index gained 1.2% to 11987, with a new historic high of 11918. Price momentum has turned fractionally positive, with the NYSE comp' well above the key 10MA. Things would only turn bearish with a break of mid term trend, which at end July will be around 11600. 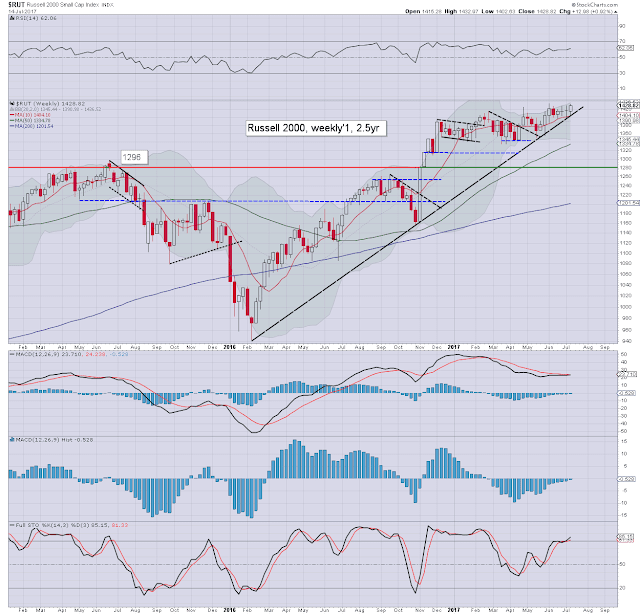 The second market leader - R2K, settled +0.9% at 1428, just 5pts shy of the recent historic high. Like most other indexes, price momentum remains fractionally negative, but is set for a bullish cross within 1-2 weeks. The 1500s look viable as early September. The hyper bulls should be seeking 'R2K @ 2K' in 2018. 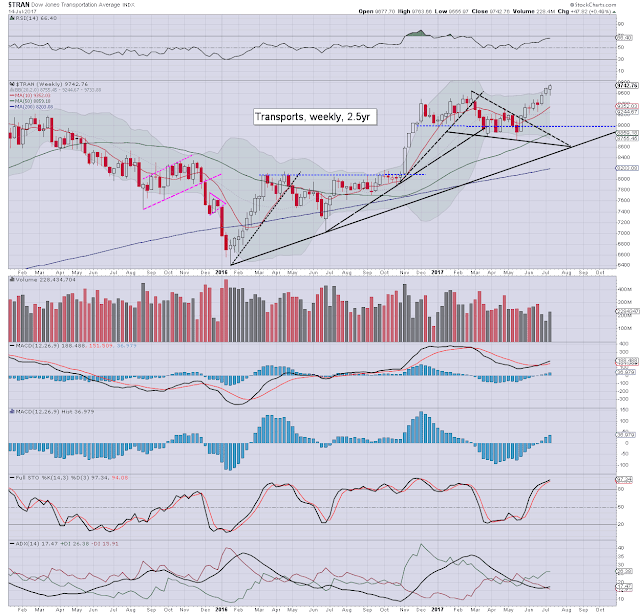 The 'old leader' - Transports, was the laggard this week, but still managed a moderate gain of 0.5% to 9742, with a notable new historic high of 9763. The giant psy' level of 10K seems probable in August/September. A year end close around 11k is just about viable, especially if oil/fuel prices remain mid term weak.
--

All US equity indexes remain holding within the mid term upward trend from early 2016.

Most indexes have 5-7% of downside buffer before key aspects of support are tested.
--

In addition to a wheel barrow of Q2 earnings...