The mid term bullish trends remain intact for all US equity indexes, as corporate earnings and various econ-data continue to come in broadly 'reasonable'. For the moment, there is zero sign the bullish train is about to come off the tracks. The year end target of sp'2683 also appears to remain on track. 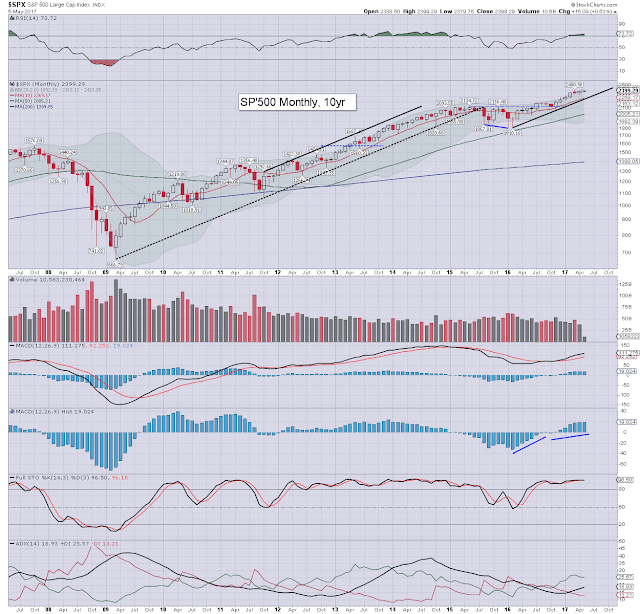 Best guess: near term upside to the 2420s, with the 2440/60 zone viable in mid/late June. The 2500s appear viable as early as September. The year end target of 2683 remains on track, not least if the fed raise rates a fourth time this year in December.

Equity bears have nothing to tout unless a break under the key 10MA, which is currently at 2269, and rising by around 20/25pts a month.
-- 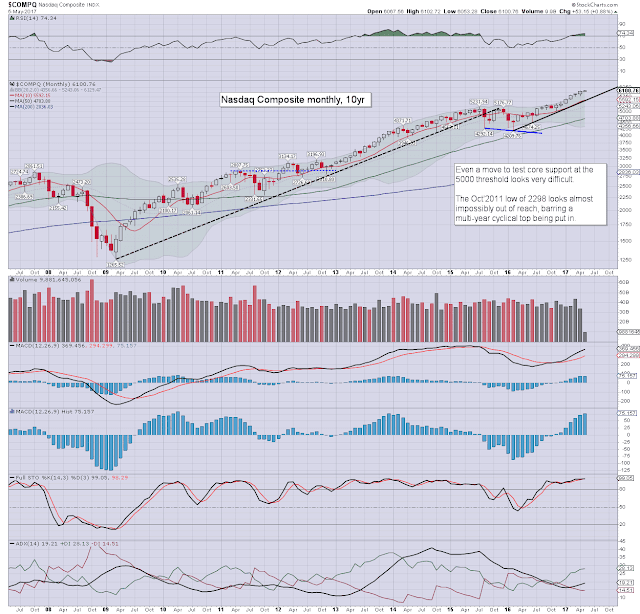 The tech continues to lead the way, currently higher for a seventh consecutive month, with a new historic high of 6102. There will be some resistance within the 6130/40s, but the 6200s now seem probable in June. Core support of 5K is now a clear 20% lower, and looks secure as the floor in the next major bear market collapse wave. Its notable that the 10MA is very much in sync with rising trend. 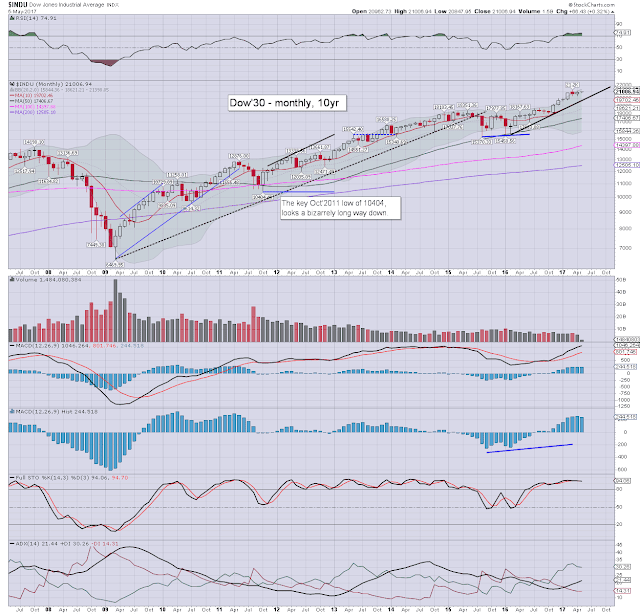 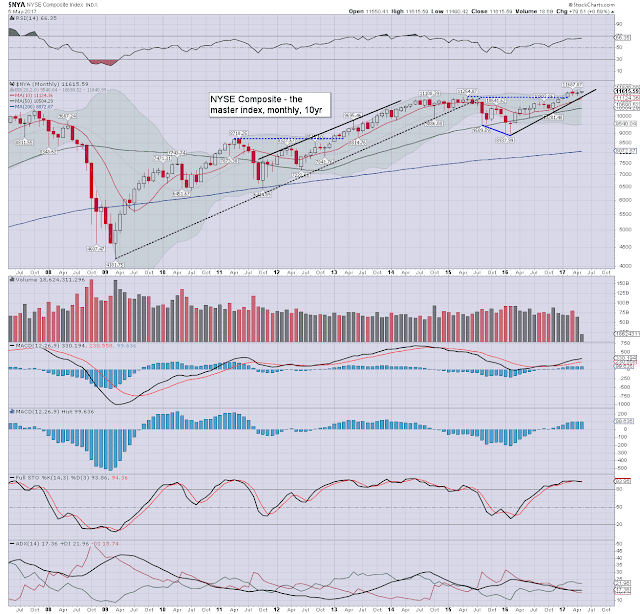 The master index has seen a great deal of chop since late February. New historic highs >11687 appear due before end month. First big support is the 11000/10900 zone, and that looks rather secure across the summer. A year end close around 13k appears realistic. 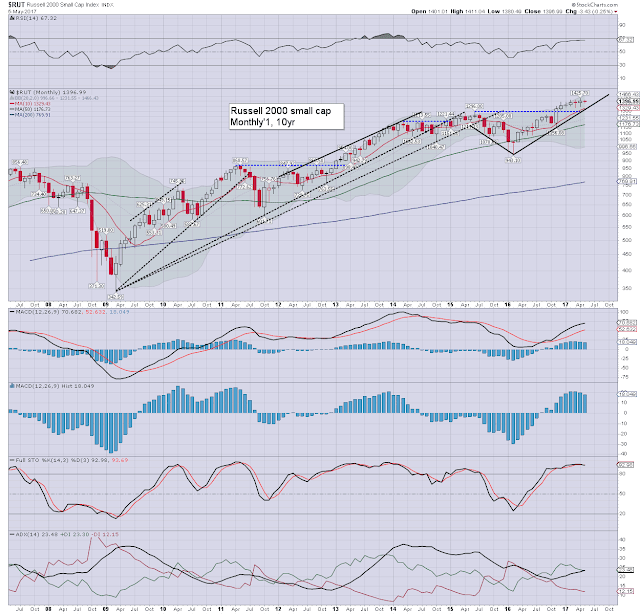 The second market leader saw a new historic high of 1425 just last week. Upper bollinger is offering the 1460s, and the 1500s seem a given this summer. Things only turn bearish with a break <1300, although that number will have climbed to 1500 in Nov/Dec. 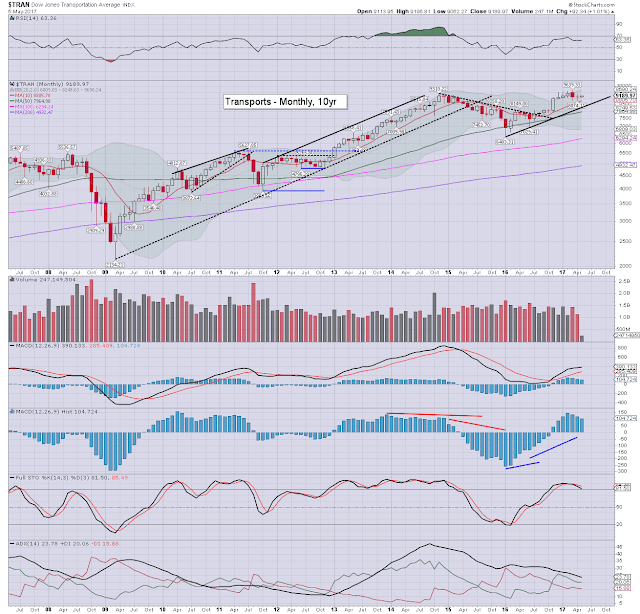 The 'old leader' - Transports, remains something of a market laggard, and is currently -4.9% below the March high of 9639. Upper bollinger is offering upside to the 9690s, and that will climb to around 10k by July. A year end close in the 11000s appears viable.
--

The Nasdaq comp' continues to lead the way, regularly breaking new historic highs, with the Transports continuing to trail.

Most indexes have around 5% of downside buffer before key aspects of support are challenged.

Right now there is simply ZERO sign of the mid term trend - that began in early 2016, from concluding.
--


Special highlight for the French market 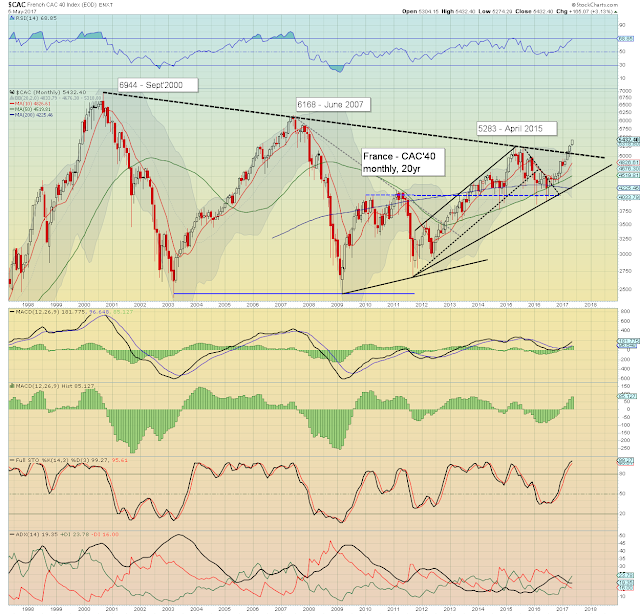 March saw a marginal breakout, April was decisive, and May has already seen further sig' gains of 3.1% into the 5400s. The 6000s look a rather straight forward target. By default, strength in the French - and other EU markets, bodes bullish for the US.
--

Sunday will see round'2 of the French election. On balance, Macron is set to comfortably win, as Le Pen looks like she can only garner 35/40% of the electorate. If that is indeed the case, the mainstream will be pleased.

*there are a fair few fed officials on the loose, and Mr Market will continue to listen for any chatter about a June hike, and an eventual reduction in the balance sheet.
--

*the next post on this page might appear next Monday at 7pm EST
Posted by Trading Sunset at 17:00:00
Email ThisBlogThis!Share to TwitterShare to FacebookShare to Pinterest 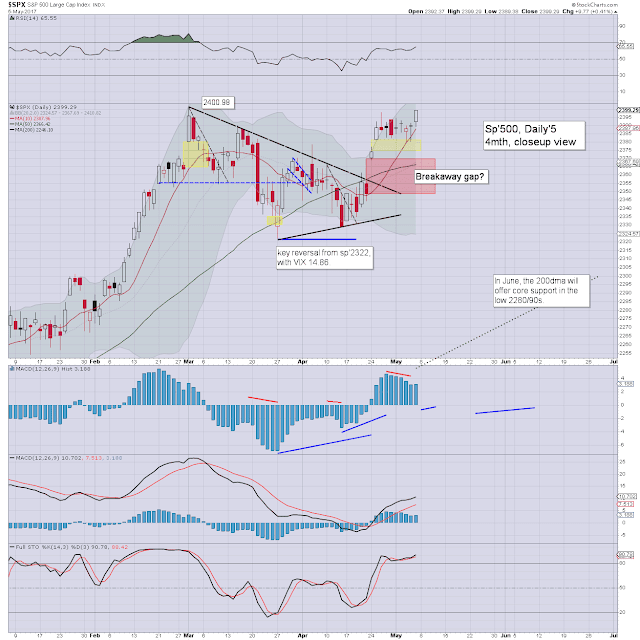 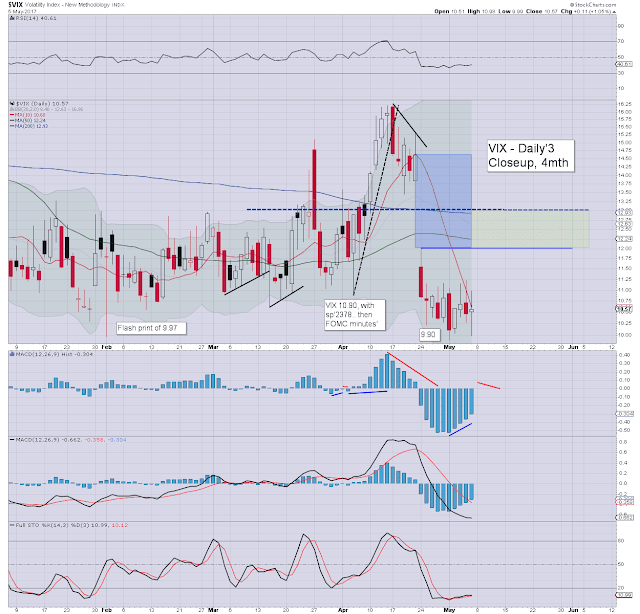 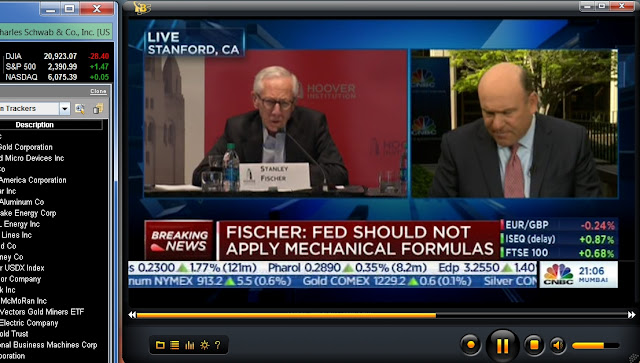 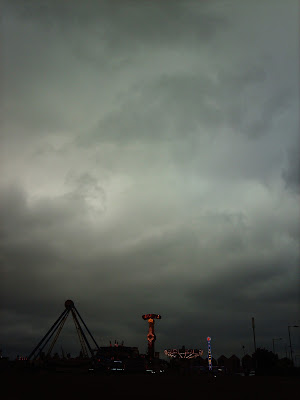 *the weekend post will appear Sat'12pm, and will detail the US monthly indexes
Posted by Trading Sunset at 00:00:00
Email ThisBlogThis!Share to TwitterShare to FacebookShare to Pinterest
Newer Posts Older Posts Home
Subscribe to: Posts (Atom)