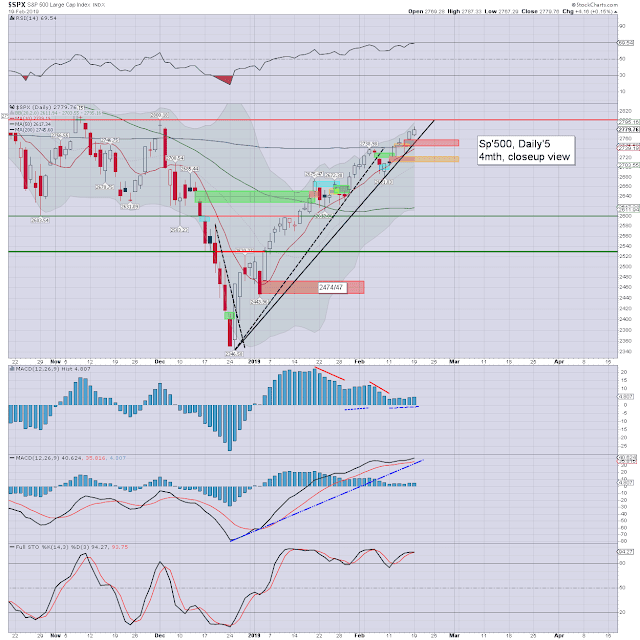 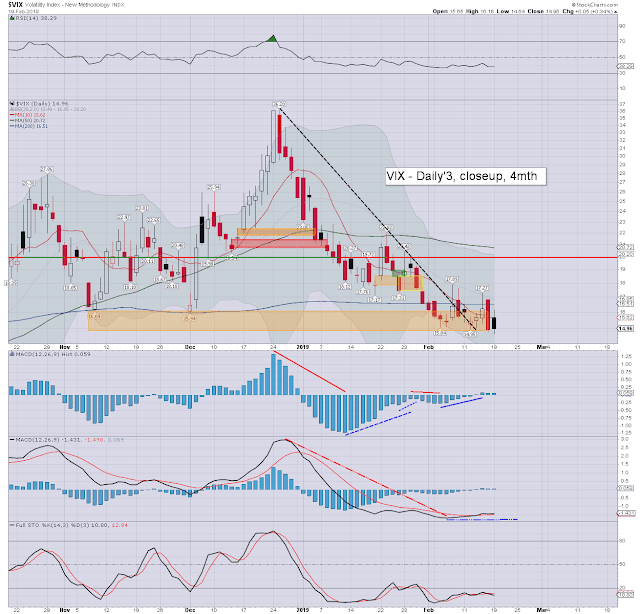 It was a subdued start to the week, with the morning consisting entirely of minor chop. The afternoon did see some distinct algo-bot upward melt, with the spx breaking a new cycle high of 2787.

Volatility opened to 16.15, but immediately started to cool. The afternoon saw the VIX break a new multi-month low in the mid 14s... confirming the equity strength.

Its been a full decade since Rick Santelli went on his tea party rant...

Perhaps the most surprising thing since that time is that NBC/CNBC haven't kicked Santelli off the network. I can only assume they want at least one 'token opposition' to play against.