A third day for the bears 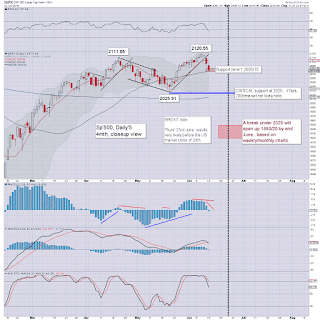 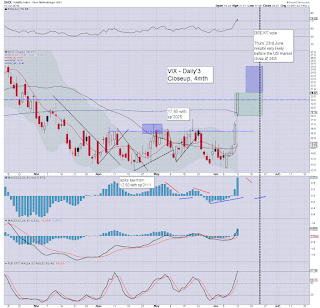 It is highly notable that the VIX managed a fifth consecutive net daily gain, the best run since Aug'2015. 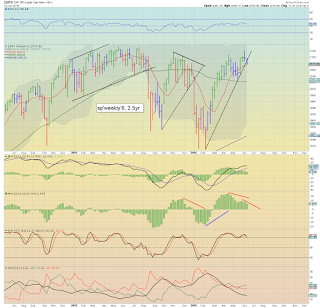 A second blue candle... with a clear break of rising trend. We have a clear divergent lower MACD cycle high.. and we're set to see a bearish cross by end month. In theory, the most powerful downside will begin June 27-30th... with VIX 30s.. maybe 40s - if UK exit the EU... which now seems probable.

Things are getting interesting.