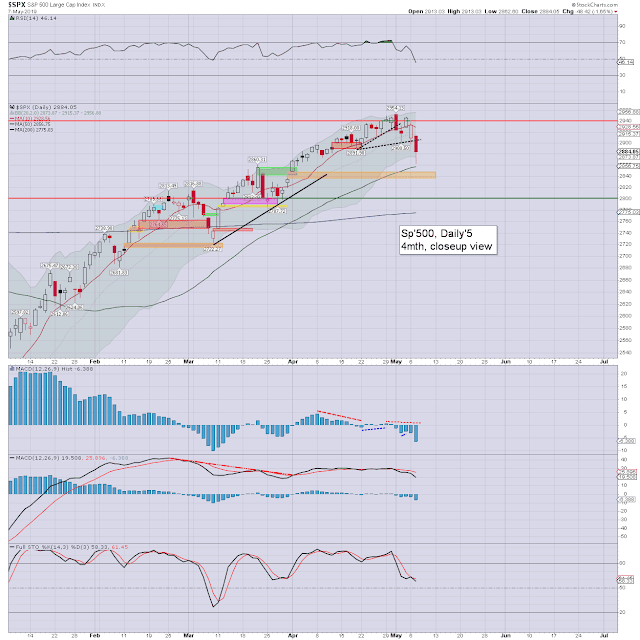 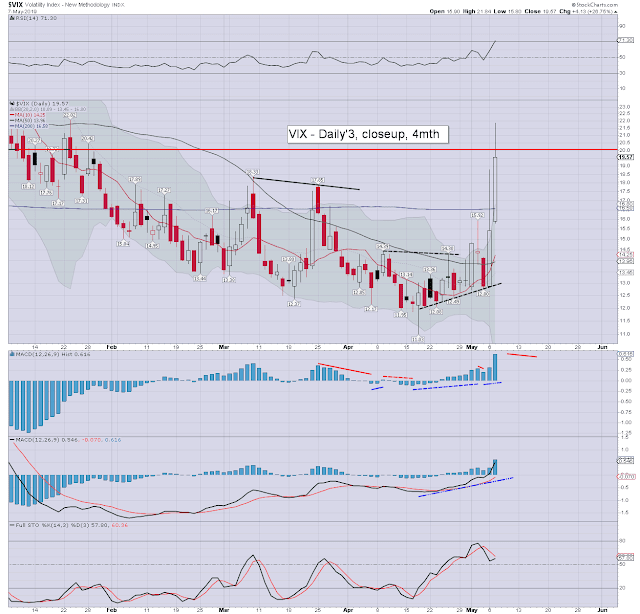 With an official announcement that raised tariffs on China are due to be implemented this Friday, the algo-bots marked prices broadly lower at the open. There were a few rally attempts, but each failed, with the SPX breaking a closing hour low of 2862. The final minutes saw a hyper spike to settle -48pts (1.6%) to 2884.

Volatility soared, spiking to 21.84 - the highest since Jan' 23rd, and settling +25.1% to 19.32. Whilst the s/t cyclical setup favours the bulls for early Wednesday, a test of the 50dma and/or legacy gap of 2848/34 is probable, before renewed opportunity of secure upside.

Jeffrey Gundlach of Doubleline Capital was wheeled out on CNBC for the lunchtime show, and what he said sure won't sit well with what the mainstream cheerleaders choose to believe...

--
"Which is it man, is the economy roaring, or do we need hyper-stimulus?' - Gundlach, regarding recent VP Pence comments on the 'roaring economy', but whom is mirroring Trump's request for a 100bps cut in rates.

Gundlach noted that if the US debt hadn't grown by 6% last year, GDP would have been negative. This is very much the issue that Denniger has been highlighting this very day...

Both of the above posts are highly recommended.
--

Gundlach made special mention of the NYSE composite index... 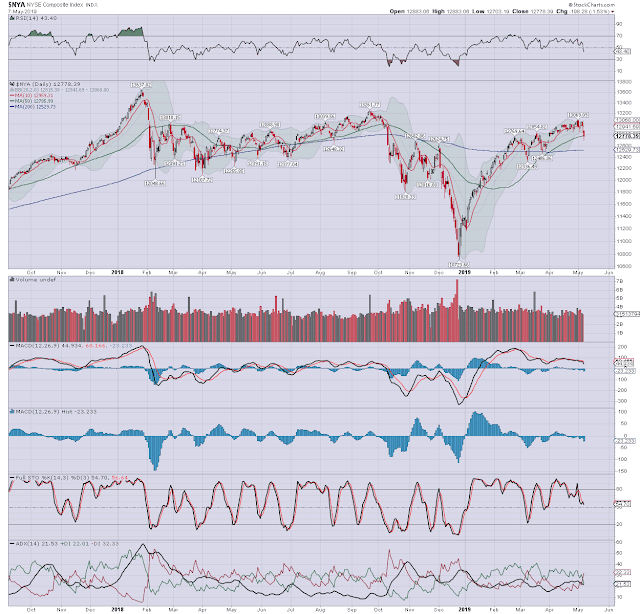 Gundlach noted the historic high from Jan'2018, then a lower high in Oct'2018, and despite the recent 'Powell pivot' hyper ramp from late Dec'2018, the NYSE comp' still hasn't cleared the Oct'2018 high.

I will add that whilst the recent SPX and Nasdaq comp' historic highs are not to be dismissed lightly, Gundlach's point about the master index (as I like to call it) is absolutely valid.

I am pretty surprised CNBC have the guy on, but its arguably a case of 'token market/econ bear', to try to give the appearance of balance. I would expect Peter Schiff to have something to say about Gundlach. Expect a podcast to appear on Youtube within a day or two.

So... we have a US economy that is struggling much like the EU, but which is being propped up by massive amounts of debt, both within central/local govt', corporate, and consumer level. This sure ain't going to end well.

The only issue is whether Print Central lets the market crash and burn, before 'hyper-stimulus', or just goes straight to hyper stimulus mode within 6-9 months. Increasingly, it looks like we're set for the latter.
-