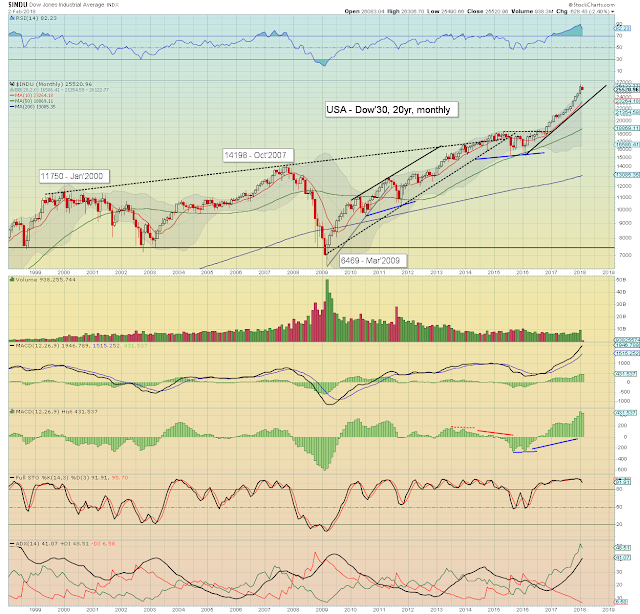 Best guess: further upside of at least another 3-4% by March/April, to the mid 27000s, aka.. sp'2950 or so. Considering this past week of price action, a correction of 10% seems probable this summer. A 15/20% major washout would arguably require a serious geo-political upset, which is inherently impossible to predict. As things are, the year end target of sp'3245 is on track, and that would equate to Dow 29/30k. 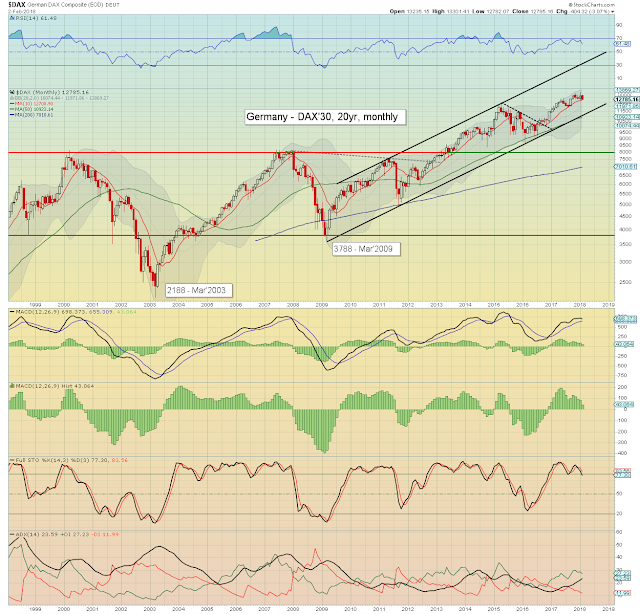 The economic powerhouse of the EU, saw the DAX gain 271pts (2.1%) settling at 13189, with a new hist' high of 13596. The m/t trend remains bullish, with 15k a valid target by year end. It would really help the EU financials - not least Deutsche Bank, if the ECB raise rates at least once this year. 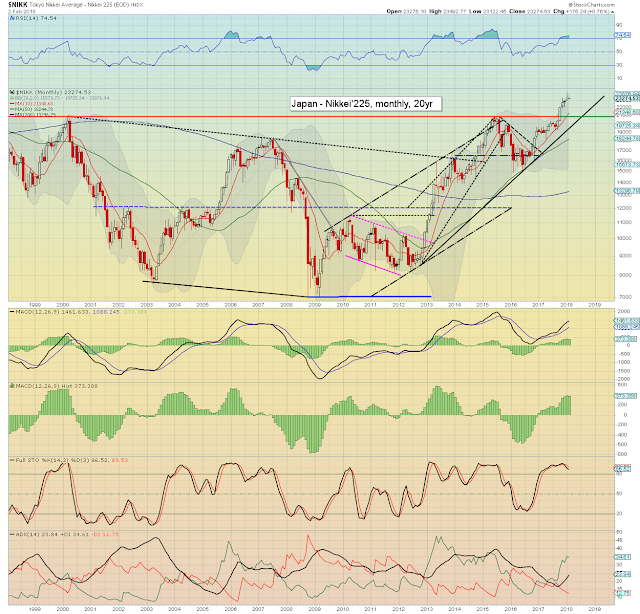 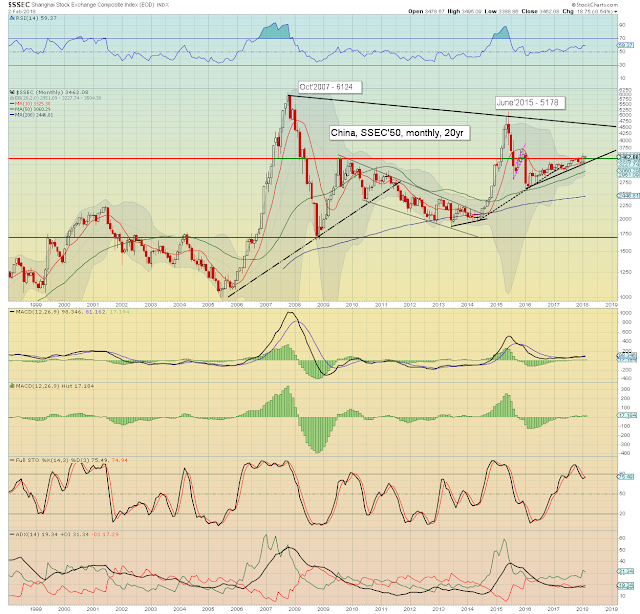 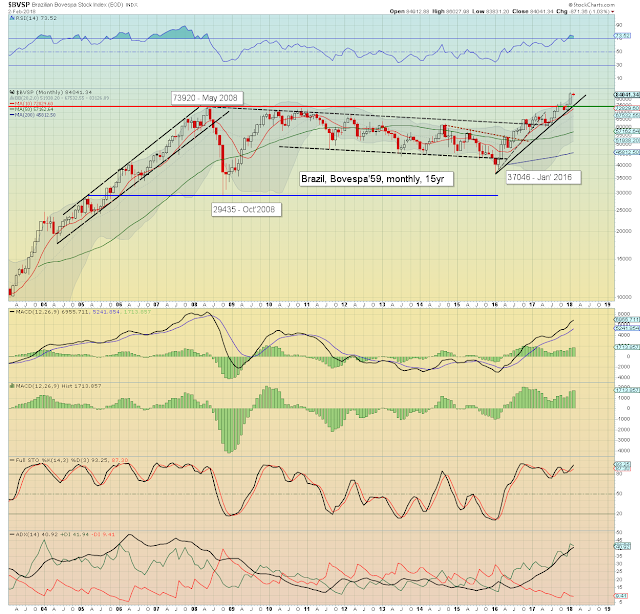 The Brazilian market powered higher, breaking a new hist' high of 86212, and settling +8510pts (11.1%) at 84912. Price structure is highly suggestive of a grander run to 100k. Notable energy stock, Petrobras (PBR) is an interesting consideration, for those who are bullish emerging markets and energy. 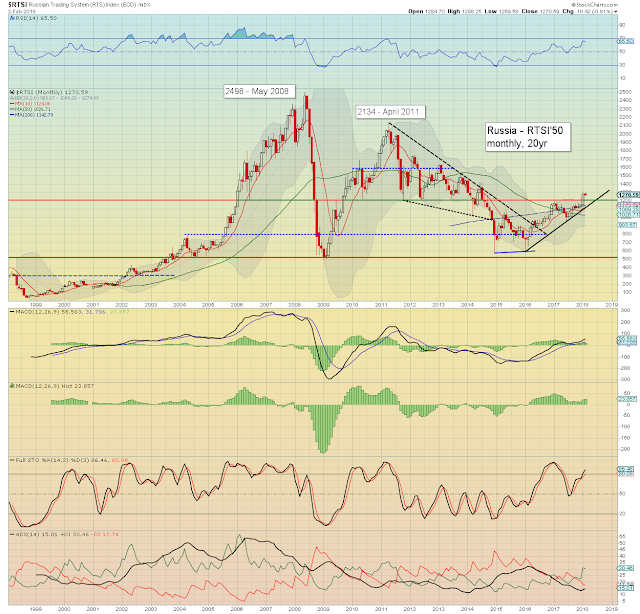 The Russian market climbed for the 6th month of 7, settling +130pts (11.4%) to 1281. The break above the 1200 threshold is very significant, and offers basic upside to 1500 later this year. Higher energy prices would especially help the RTSI. 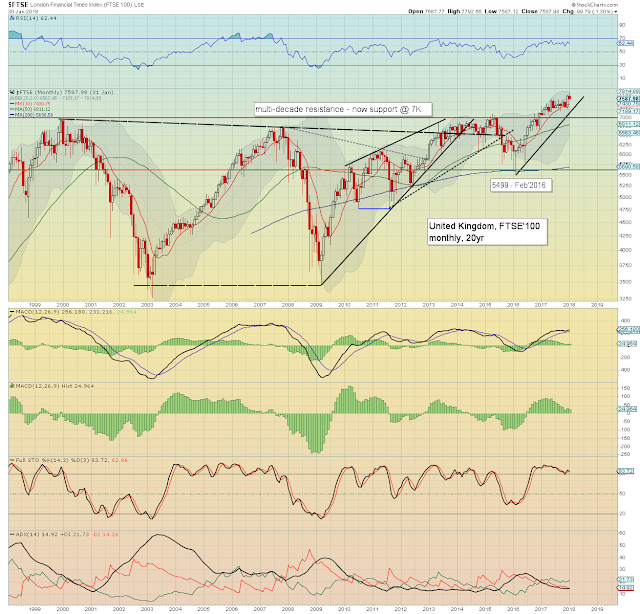 *chart available only covers to Jan'30'th
--

The UK economy is struggling, with recent corporate implosions in Carillion and Capita, both indicative that 'all is not well'. The BoE are well aware that growth is weak, but they raised rates in late 2017, as they are concerned about rising inflation... largely a result of the weak pound. There are increasing concerns about BREXIT, as many now accept such an exit will likely be a net cost to the economy, at least on a 1-3 year basis.

Finally, there is geo-political uncertainty. The May leadership is weak, and will inevitably crumble. Another election would see Corbyn win, and he is borderline communist. On balance, the 7k threshold should continue to hold into the spring, but if it does fail at any future point, it would be a devastating technical break. 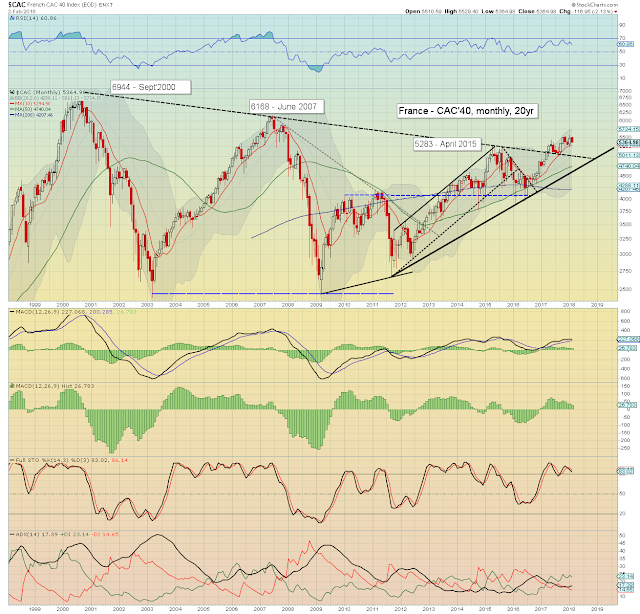 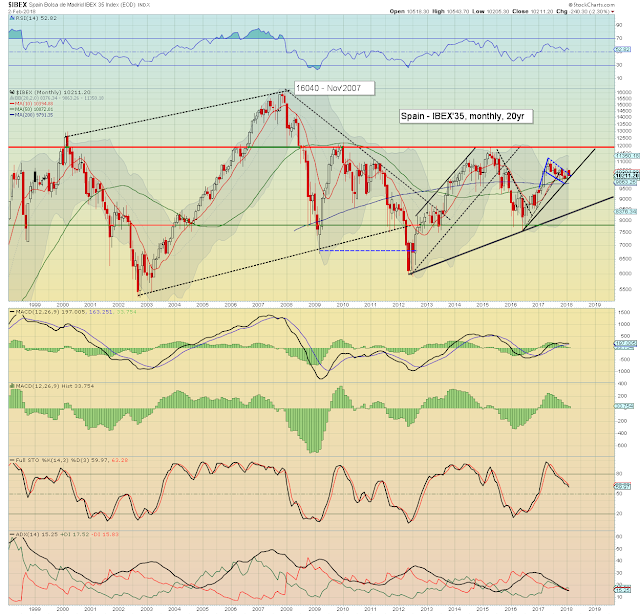 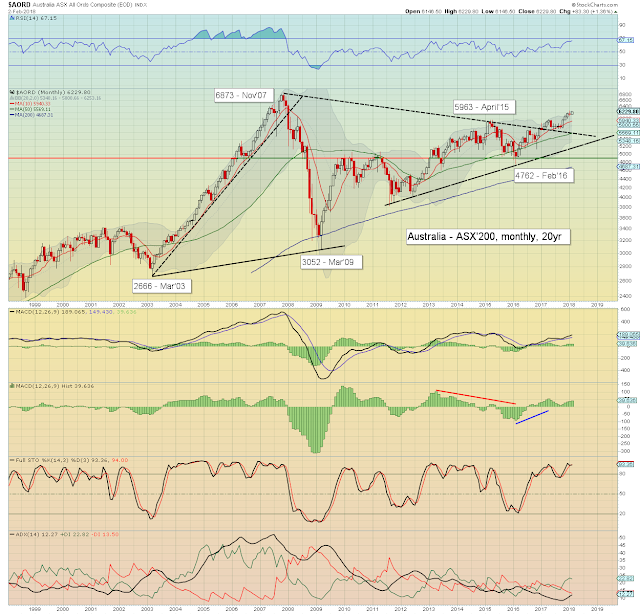 Russia and Brazil are leading the way higher, whilst the UK and Australia are lagging.

The Russian and Chinese markets saw key bullish breakouts, with 'natural' technical upside of another 15% and 30% respectively.

The m/t outlook for world equities is bullish, but there will likely be more volatility than 2017, with some sporadic 5/10% corrections along the way.
--

There will be further earnings, but overall, a much lighter week is ahead...

*there are a few fed officials on the loose, notably Bullard (Tue') and Kashkari (Thurs'), the latter of whom remains against any rate rises.
--

Have a good weekend
–