Lets take our regular look at six of the main US indexes (weekly candle charts). 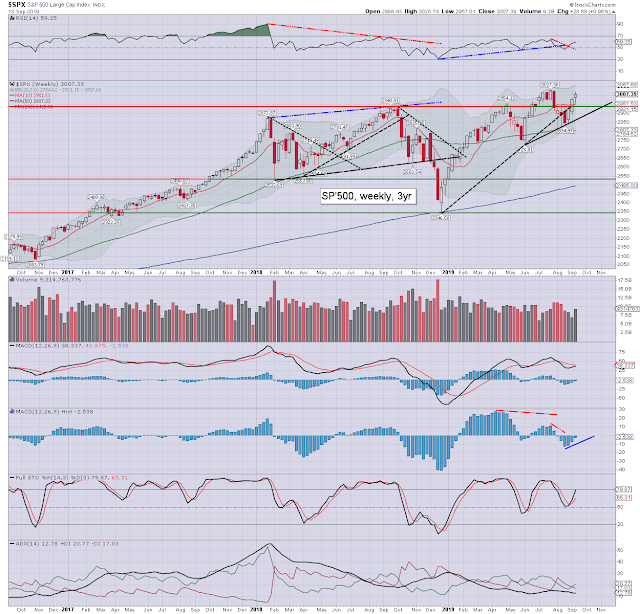 The SPX saw a Thursday high of 3020, just 7pts shy of the July historic high, settling net higher for the week by 28pts (1.0%) at 3007. Weekly price momentum ticked higher for a third week, and is set to turn positive at next Monday's open.

I would note the August and June lows of 2822 and 2728 respectively. More broadly, the monthly key 10MA stands at 2838. Equity bears have nothing to tout unless we see a monthly settlement under the August low (to be decisive). 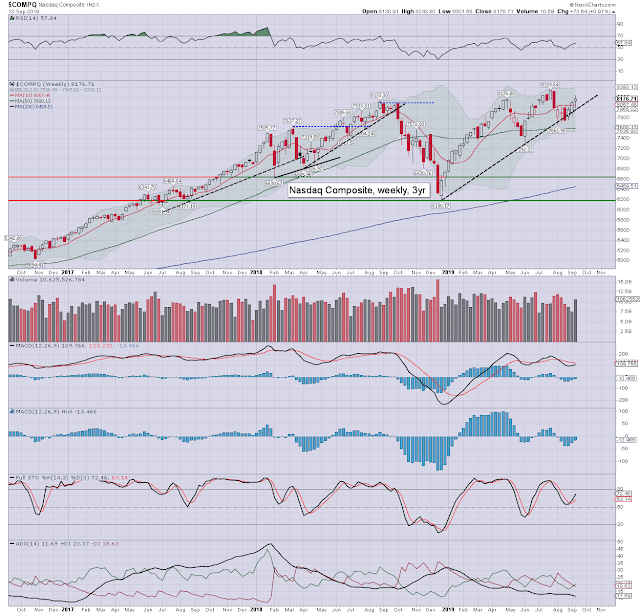 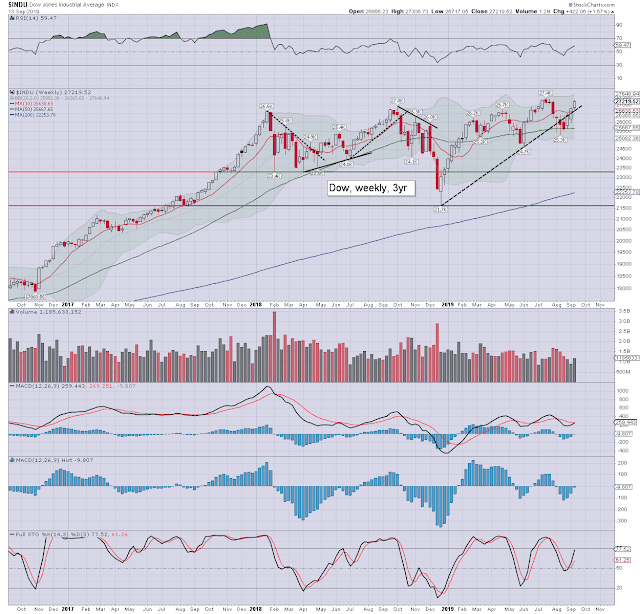 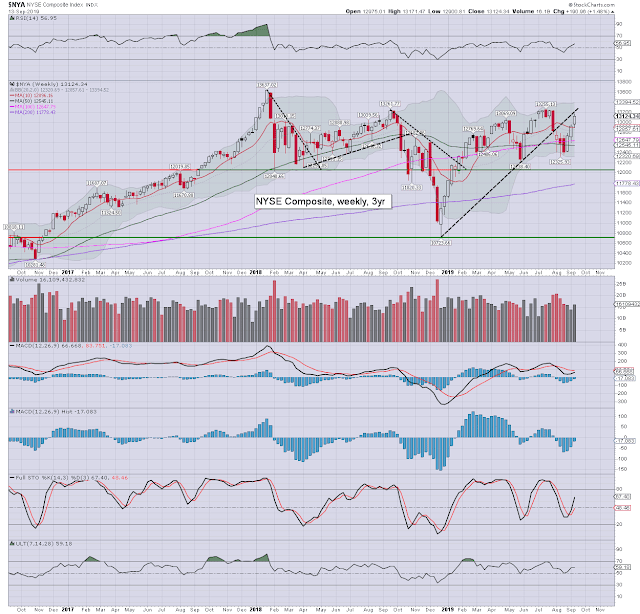 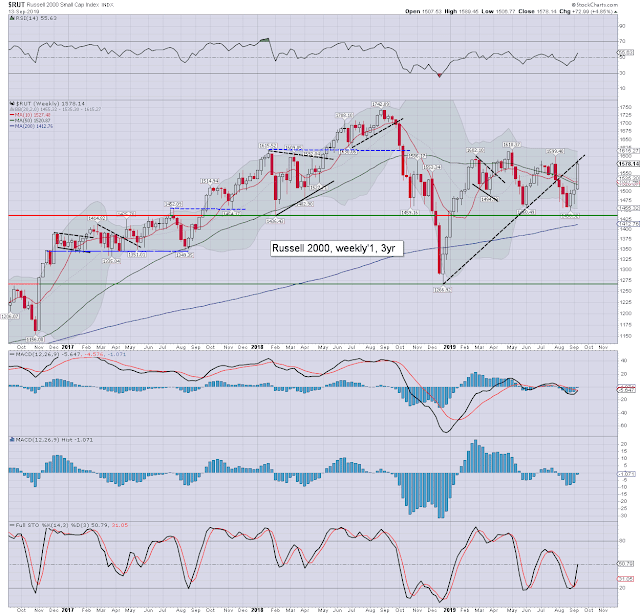 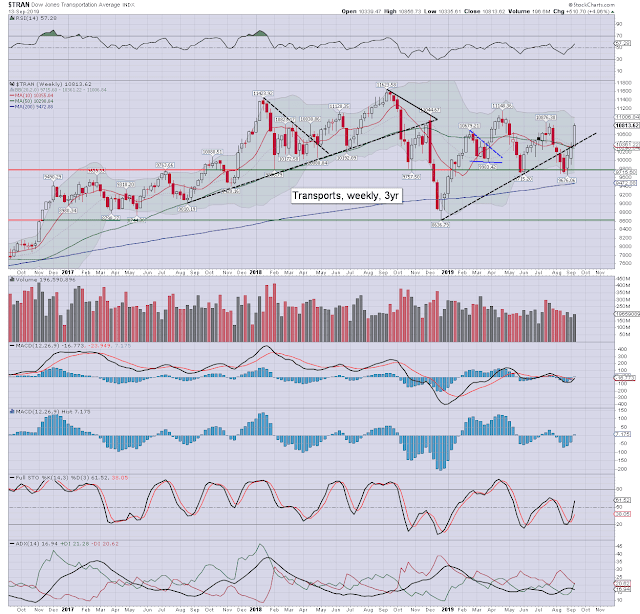 The Trans and R2K lead the way higher, with the Nasdaq lagging.

More broadly, all six of the indexes are currently above their monthly key 10MA.

*FOMC announcement: 2pm. Rate cut'2 can be expected, -25bps to 1.75/2.00%. Powell will host a press conf' at 2.30pm. The market will be focused on whether Powell states its just 'mid cycle', or a sustained rate cut cycle into 2020. I do not expect any threats of QE, although were I one of the mainstream media hacks, I'd ask Powell '... so.. err... Draghi has spun up the printers, how long until you, or your successor Bullard, do the same?".

This past week saw the ECB cut rates and spin back up the printers. The Fed is clearly going to cut again this coming Wednesday.

The m/t trend in equities is unquestionably bullish, although some indexes remain considerably under their respective historic highs.

The bond market decisively broke in late 2018, and we've seen Gold breakout in June. Those are two indirect signals that all is not entirely well.

The following remains something to stare at... at least for a few minutes...

I would argue the equity bulls need sp>3050, and the US 10yr >2.00%, to have some justification to ignore the m/t price action in bonds and the precious metals. On the flip side, equity bears need to break below the August low of sp'2822 and the recent US 10yr low of 1.44%. Everything in between could be seen as broad chop.
--