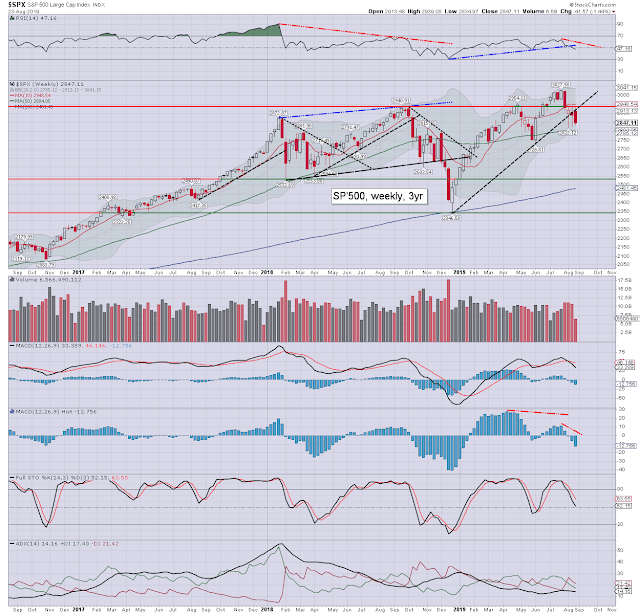 The SPX fell for a fourth consecutive week, net lower by -41pts (1.4%) to 2847. Weekly price momentum ticked lower for a fourth week. The recent break of m/t rising trend offers a push to at least the June low of 2728.

More broadly, the SPX is currently net lower for August by -133pts (4.5%). If August settles under the monthly 10MA (currently at 2805), it would threaten the most bearish s/t scenario of the lower monthly bollinger, currently at 2548.
- 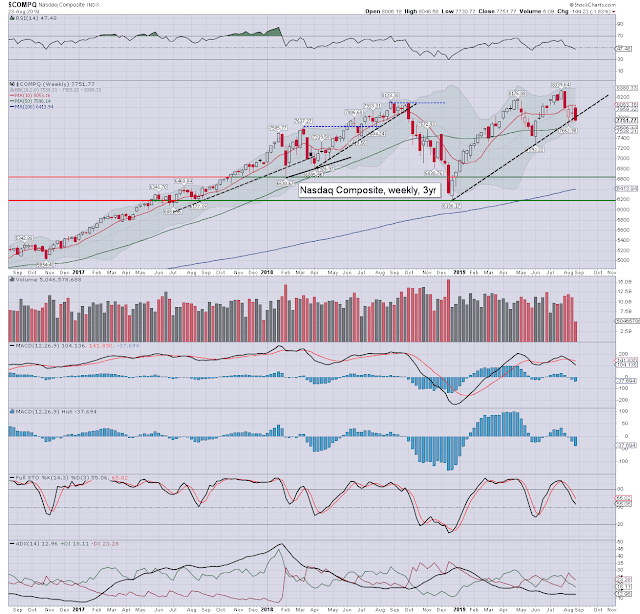 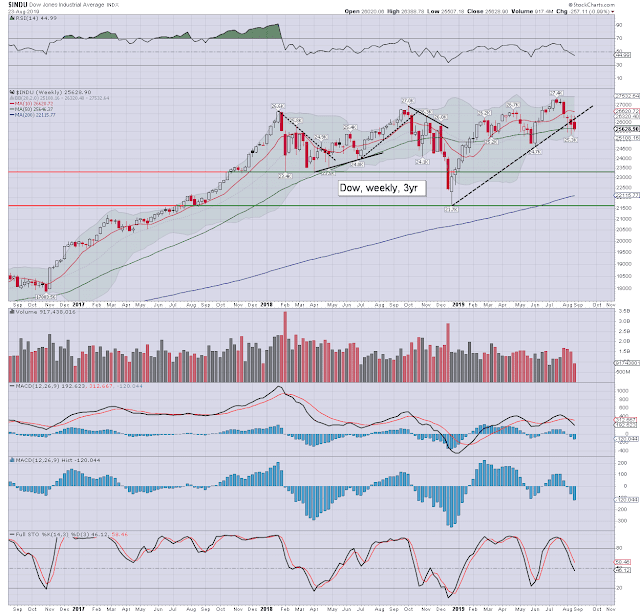 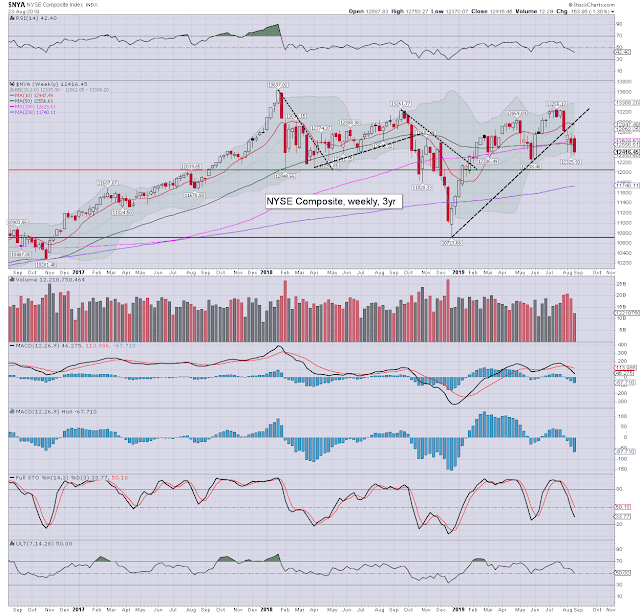 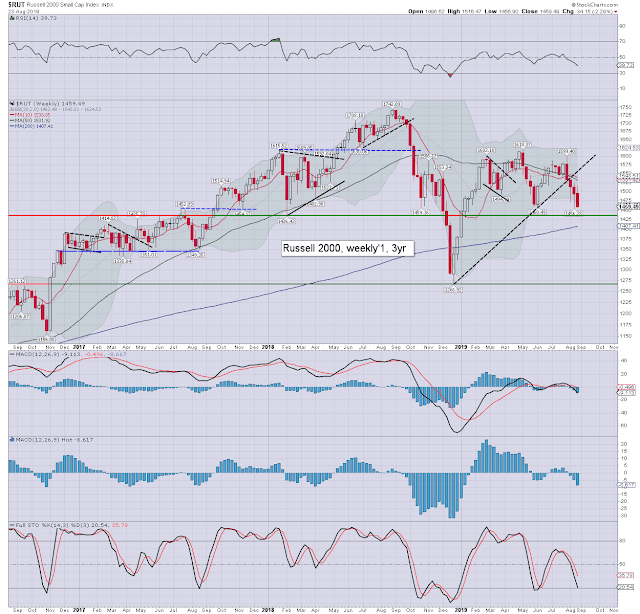 The second market leader cooled for a fourth consecutive week, settling -34pts (2.3%) to 1459. Note that we've already broken below the June low. Next support is key price threshold of the 1430s, and then the 1400 threshold. 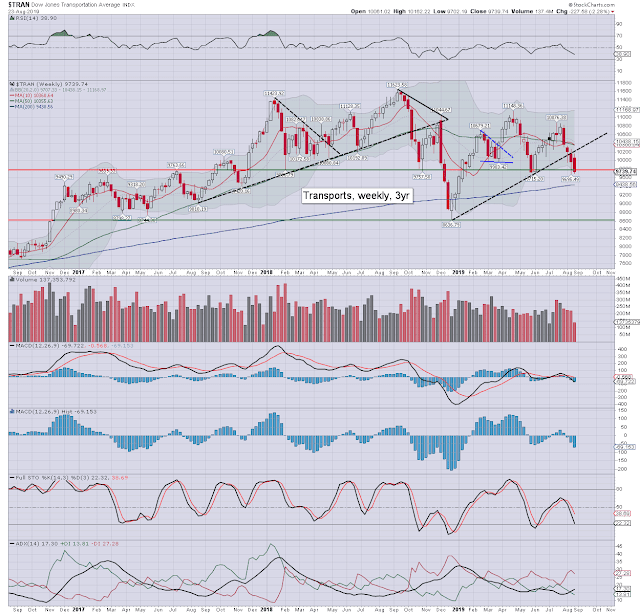 All six of the US equity indexes fell for a fourth consecutive week, settling with significant net weekly declines.

The Trans and R2K are leading the way lower, with the Dow most resilient.

Its notable that the Trans and R2K have already broken below their June lows, and its highly supportive of the notion that the SPX will see further cooling to its June low of 2728.
--

After the rough Friday close, the Monday open should be 'real interesting'. We have a light sprinkling of earnings, with a fair amount of econ-data. I would especially look to the Chicago PMI, which will likely remain under the recessionary threshold of 50.0.

*Friday will be end month, so expect some chop on higher volume. Further, as Monday Sept'2nd is CLOSED, trading could be expected to be lighter, but still with threat of 'rats selling into the weekend'.
--

It sure wasn't a great week in equity land, and the bulls can place the blame on none other than the US President. After all, until 10.57am on Friday, most indexes were set for sig' net weekly gains.

Instead, all the main indexes were lower for a fourth week, with a couple already under their June lows. The following comes to mind...

*note that the July rate cut still hasn't been accounted for in this EOM chart.
-
I will merely add, the recently added red vertical line isn't something to be dismissed lightly. If the headline indexes (SPX, Dow, Nas') also make it to their June lows within 1-2 weeks, it will make new historic highs even more difficult.

Arguably, the ultimate question right now, would even QE4 being announced, be enough to generate net gains in the US market, whilst the econ-data and earnings continue to weaken?
--