Into the long weekend 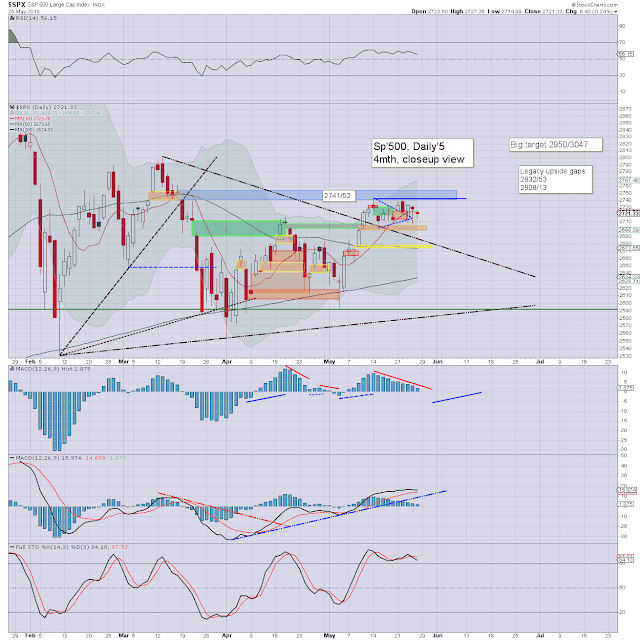 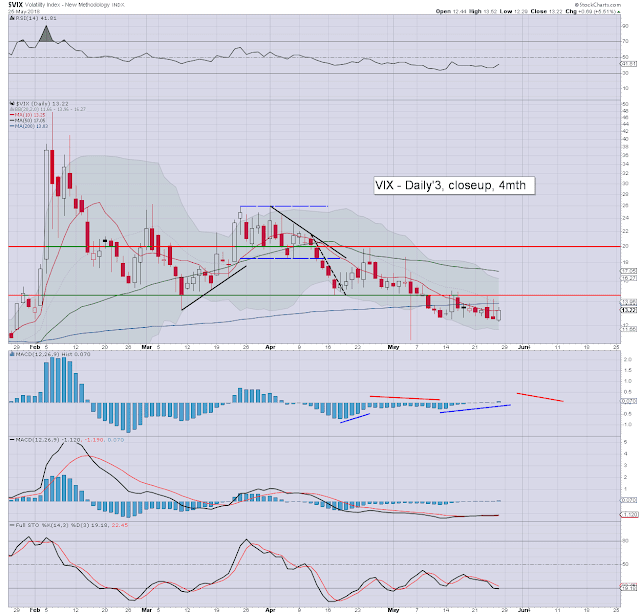 US equities opened a little weak, and saw a day comprised almost entirely of minor chop. Prices did lean on the weaker side, as there was an element of 'rats selling into the long weekend'.

Volatility remained broadly subdued, with the VIX settling moderately higher in the low 13s. Near term outlook still threatens a mini washout to the sp'2670s - which would likely equate to VIX 16/17s, but the 2800s still look due in June, as the bullish train remains on the tracks.
- 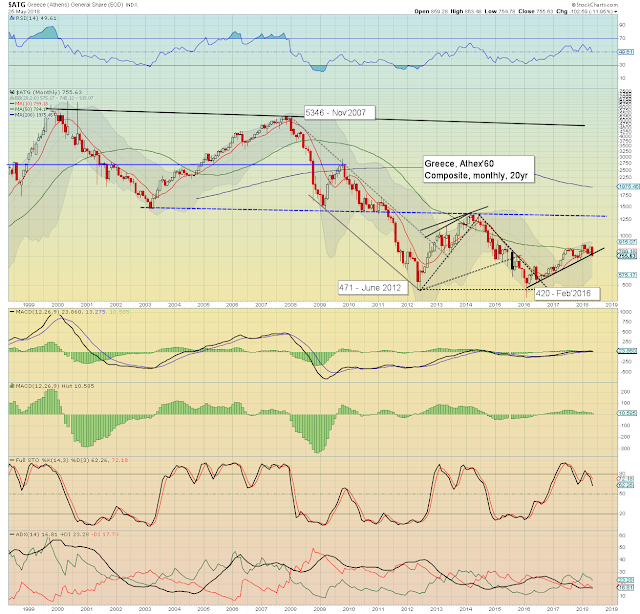 The Athex is currently net lower by a very powerful -11.9% to 755. We have a break of the m/t rising trend from early 2016. Increasing tensions with neighbouring Turkey are one bearish pressure for what remains the economic basket-case of the EU.
- 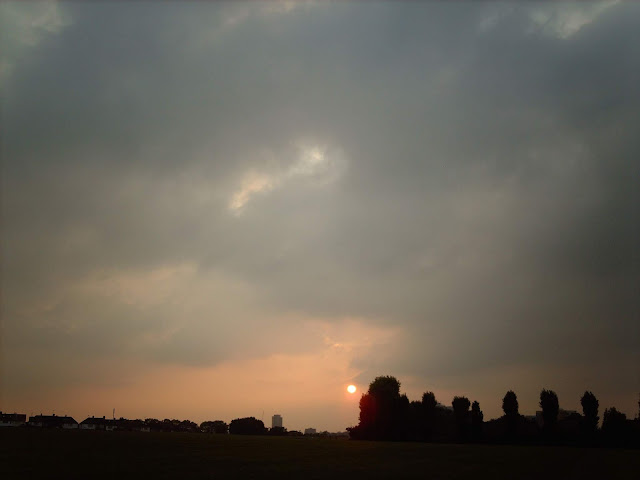