VIX crushed into the weekend

With equities closing significantly higher on a Goldilocks jobs number, the VIX was crushed back down, settling -14.9% @ 12.88 (intra low 12.70). Near term outlook is for continued equity upside, and that should keep the VIX stuck within the 15/11 zone. 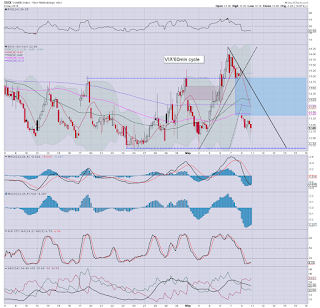 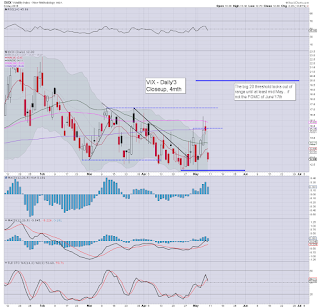 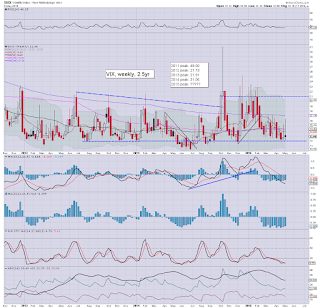 *with the Friday gap lower, we now have another big gap zone to fill, although that looks more likely in the latter part of next week, after the sp'500 has perhaps broken into the 2130s... before the Friday OPEX.
--

Suffice to add, the big 20 threshold looks out of range until at least the FOMC of June 17'th.
-- 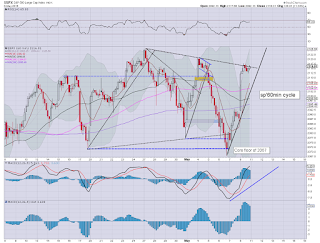 *as expected.. some closing hour moderate strength, as the remaining bears cover into the weekend.
--

... and another twisted week comes to a close.

For many.. its been a bit of whipsaw week. Moderate gains to start the week, then a fairly fierce down wave from 2120 to 2067. The Thurs/Friday gains have already brought the market to within 0.5% of new historic highs.

Lesson of the week should go to Yellen... who should try to refrain from any discussion of equity.. or for that matter... ANY type of asset valuation.
--

Sincerely... have a good weekend
--

*the usual bits and pieces across the evening.. to wrap up the trading week.


Posted by Trading Sunset at 21:02:00
Email ThisBlogThis!Share to TwitterShare to FacebookShare to Pinterest

The sp'500, along with most other main equity indexes, looks set for a moderate net weekly gain. The Wednesday low of 2067 is already a full 2% lower, with the door open to first target of the 2140s before end month. Metals continue to look vulnerable, Gold +$5, whilst Oil is +0.9%. 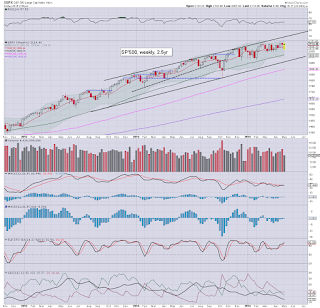 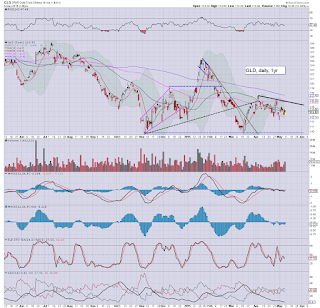 *I am short Gold via GLD, will hold across the weekend
--

It has been a bit of a rough week for many I think.. not just the bears.. but certainly the bulls who were a little spooked this Wednesday.

Yet... here we are again, a Goldilocks jobs number.. and the week is set to result in a net gain. Pretty incredible.. if not understandably seen by many as... moderately sickening.
- 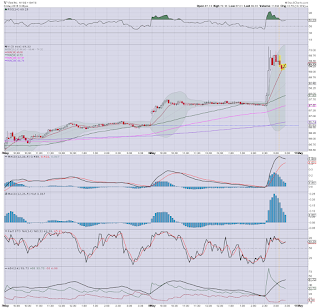 An interesting time for talk of Visa to buy Visa Europe to appear.

*Visa is a Dow stock of course.. so.. that is helping give the Dow an extra push upward into the weekend.
--

back at the close... to wrap up the week
Posted by Trading Sunset at 19:51:00
Email ThisBlogThis!Share to TwitterShare to FacebookShare to Pinterest

US equities are naturally cooling from the earlier high of sp'2117. A weekly close >2108 looks probable.. which would make for a minor net weekly gain. Metals are moderately higher, Gold +$6.. but looking vulnerable next week. Oil is holding sig' gains of 1.1%. 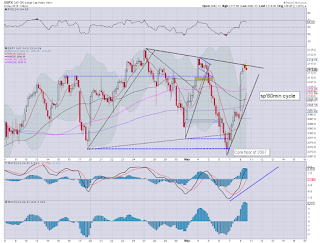 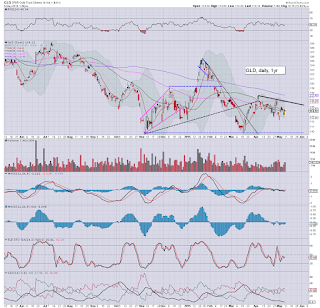 *price action in the metals remains broadly weak, with a black-fail candle on the daily cycle. I am short GLD, and have little concern about holding across the weekend.
--

Typically.. the weakness will continue into the usual turn/floor time of  2.30pm.. with a little strength into the close.. as equity bears close out for the weekend.
-

VIX looks set to close in the 12s... reflecting a market that has ZERO concern about a GREXIT in the immediate term.
Posted by Trading Sunset at 18:50:00
Email ThisBlogThis!Share to TwitterShare to FacebookShare to Pinterest

US equities are due a very minor down cycle this afternoon, but in no way can it negate the bulk of this mornings gains. Metals look maxed out on the smaller 5/15min cycles, Gold +$5... a negative close is very viable. Oil is battling to build sig' gains, +0.8%. 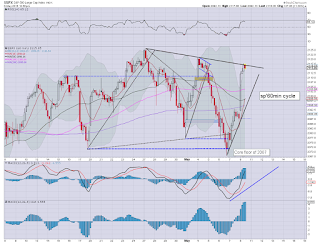 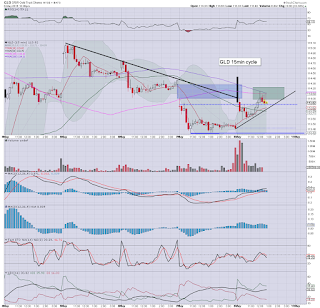 *after some consideration... I am now re-short Gold, via GLD. Certainly, broader price structure remains a very large H/S formation, with the Nov' low of $1130 set to be taken out.
--

Broad equity market is now back to confident mode.. with a net weekly gain now due.

*yes, I realise some might argue we're putting in another lower low on the sp'500, but still... the gains look too strong to be fully reversed.
-

notable strength: CHK +3.7%, as Nat' gas prices jump 4.5%
--
back at 2pm
Posted by Trading Sunset at 17:50:00
Email ThisBlogThis!Share to TwitterShare to FacebookShare to Pinterest 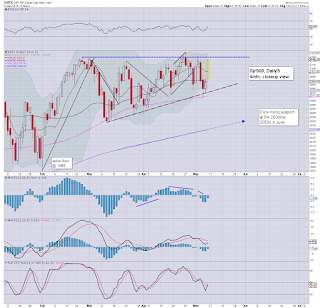 The gains are arguably too powerful for anyone to consider this part of a mere bounce. Market looks set to battle higher into next week.. and probably into the next FOMC of June 17'th.

--
I am increasingly having thoughts about a re-short in the metals... 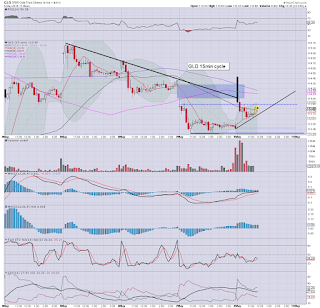 As ever.. a reasonable time to get involved might be the 2pm hour... and holding across the weekend.
--

VIX update from Mr T.   due

The sp'500 has already come within a half percent of attaining a new historic high, and with the market mood as it is.. equities look set to continue higher next week. Metals are a little higher, but notably cooling from the opening levels. Oil is negative, having seen a very sharp opening reversal. 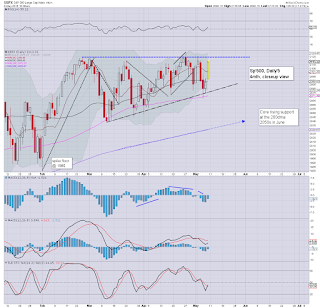 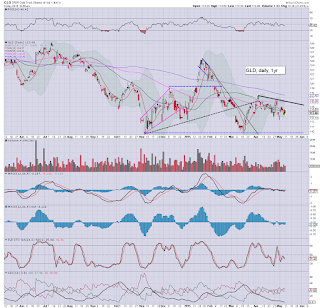 *action in the precious metals remains broadly bearish, not least via a black-fail candle on the daily cycle. I guess I could have shorted the open, but I have been more focused on keeping track of equities.
--

So.. a VERY rough end to the week for those brave enough to hold short overnight. No doubt a great many have already been short stopped.

Weekly cycle continues to offer 2140 in the immediate term.. and 2160/70s will be viable by mid June.
-
notable strength, BABA +1.9%... as the stock is starting to build some upside momentum.. first obvious target is the price gap zone of 92/97.
Posted by Trading Sunset at 15:52:00
Email ThisBlogThis!Share to TwitterShare to FacebookShare to Pinterest

With the monthly jobs data being considered as a Goldilocks number, the market is building significant gains, with the sp' already just 14pts (0.7%) shy of a new historic high. The 'old leader' Trans is set for an important break into the 8900s. 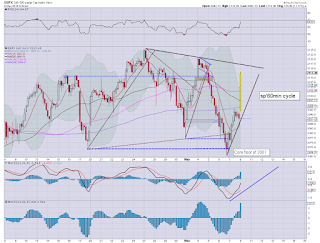 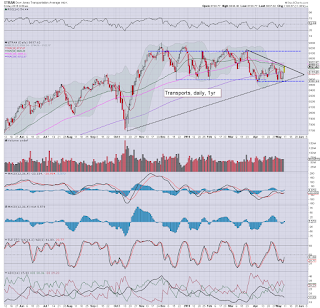 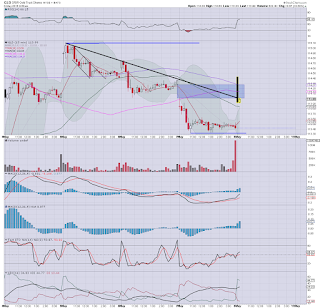 As for the broader market... any hopes of 2040s are now trashed. It'd seem we'll be breaking new historic highs in at least some indexes next week... with a fair chance of tagging the upper bollinger on the giant monthly cycle.. currently in the sp'2170s.

For now... I'm more than content to sit this madness out. On no basis will I try shorting this... not least for some minor intraday retrace back to 2100.. or a (very unlikely) 2090.

VIX is certainly reflecting the renewed confidence in market land... -12% in the 13s. The big 20 threshold continues to look out of range until at least the next FOMC of June 17th.
-

Those running without short stops - assuming the rally continues into June.. are going to get ground to dust.
-
Posted by Trading Sunset at 14:55:00
Email ThisBlogThis!Share to TwitterShare to FacebookShare to Pinterest 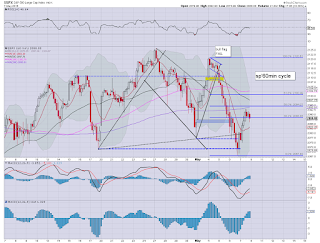 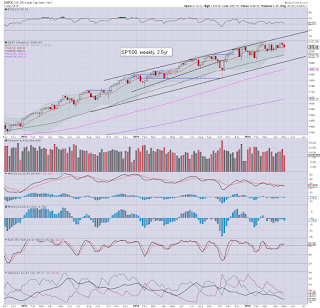 *I could say a great deal on the UK election, but I think I'll leave that for later...
--

It is notable that despite the Thursday rally we're still net lower on the week by around 1.0%.
-

China saw a strong overnight/end week gain of 2.3% @ 4205. I'm guessing that is a mere bounce after 3 days of sig' declines. Downside to the 4K threshold still looks due, and I will strongly consider shorting via FXI today... and hold across the weekend.
-

Have a good Friday.... stay tuned for the jobs update around 8.30am

Overall, the number is pretty much Goldilocks... not too low... but not too high.

*it is notable that the March jobs gains were revised to just 85k vs initial 126k.
-

9.10am... Barring an extreme reversal to the downside - seemingly now unlikely... the opening gains are going to trash any hopes of 2040s.

It would appear a Goldilocks jobs number has saved the bull maniacs.
-

*as things are... I can't now consider shorting FXI.   On the flip side.. I ain't much interested in going long at these levels.. or into the weekend.

9.36am.. Bears losing all control... we're now net higher on the week...    even a late morning/early afternoon retrace won't negate the turn now being clarified.


9.46am... outright bear massacre... gods help those who aren't running with short-stops... if we keep going up into mid June.
Posted by Trading Sunset at 12:52:00
Email ThisBlogThis!Share to TwitterShare to FacebookShare to Pinterest

Whilst US equities saw a day of moderate gains, there remains far more dynamic action in the far east. The Shanghai composite fell for the third consecutive day, and is now within 3% of the psy' level of 4K. However, it would seem unlikely that the bears can break/hold under 4K in the current down wave. 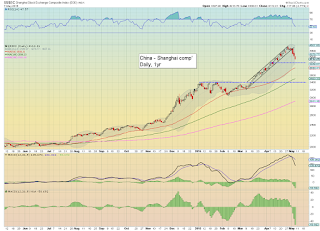 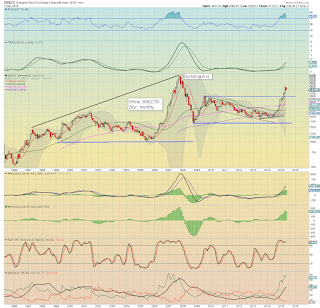 The psy' level of 4K looks set to be tested within the very near term. Any daily closes under that would open the door to much lower levels... back to the multi-year breakout zone of 3500/400s.

However, I do NOT expect 4K to be sustainably broken under in the current down wave. Indeed, there is a clear threat of a renewed up wave all the way to 5K before a significant correction this summer/early autumn.

*I had considered shorting China - via FXI this afternoon, but decided to refrain. The hourly cycle is offering the threat of a moderate wave higher.. before the down trend resumes next Mon/Tuesday.
--

Friday will center around the monthly jobs data. Market is expecting 220k net gains, with a headline jobless rate ticking a touch lower to 5.4%.

My guess... 206k... but I've low confidence in that... not least as the monthly data is very noisy.. and is often significantly revised anyway.

There is also Wholesale trade data at 10am... but most won't be concerned with that.
--

US equities closed moderately higher, sp +7pts @ 2088 (intra low 2074). The two leaders - Trans/R2K, settled higher by 1.1% and 0.5% respectively. Near term outlook is very mixed, and will be dependent upon how the monthly jobs data is interpreted. Best guess... another rollover... before further upside. 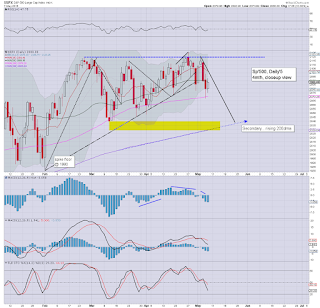 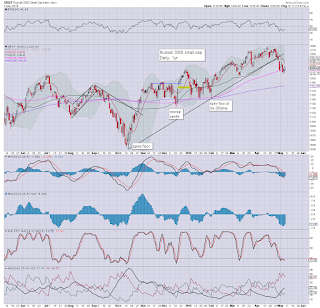 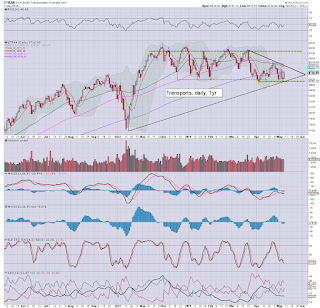 *the sig' net daily gain for the Transports was interesting, but the Trans remains one of the weaker indexes, and still closed under the 200dma.
-

Despite the threat of another few days lower to sp'2040/30 zone... there is even higher threat of another major push higher into June. For now.. equity bears should remain extra cautious.
--
a little more later...
Posted by Trading Sunset at 01:00:00
Email ThisBlogThis!Share to TwitterShare to FacebookShare to Pinterest
Newer Posts Older Posts Home
Subscribe to: Posts (Atom)