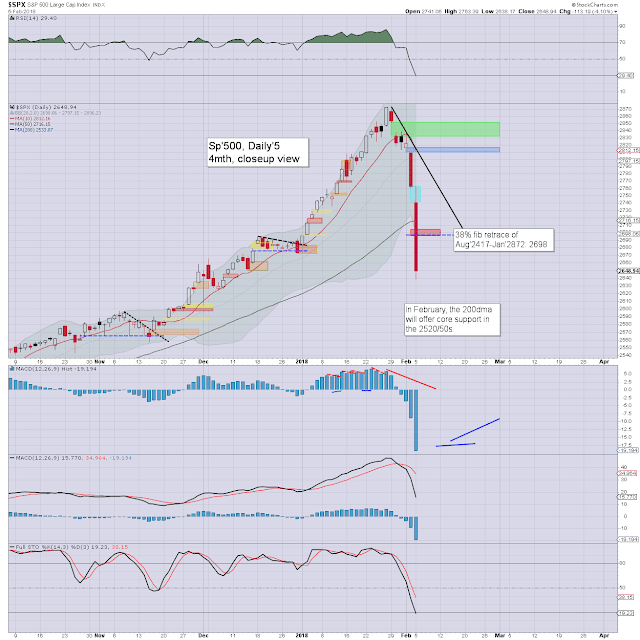 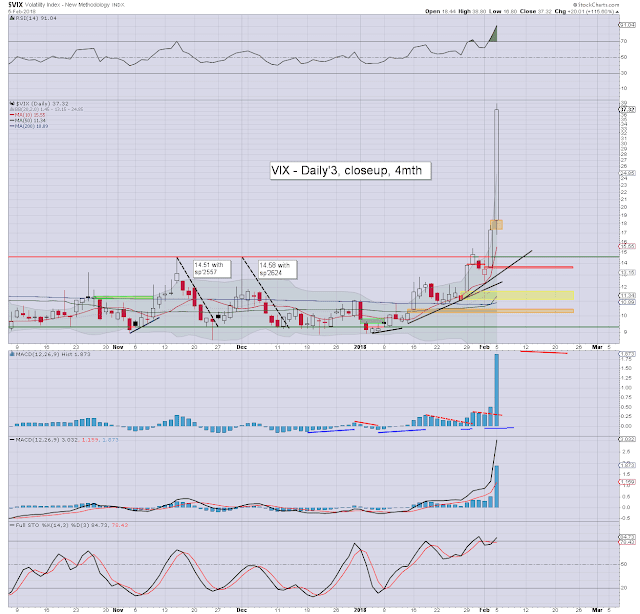 It was a truly wild day in market land, with equities opening moderately weak, seeing an early low of sp'2733, then rallying to turn fractionally positive to 2763, but then the buying dried up.

The selling resumed at 10.25am, with prices increasingly weak. There was an outright mini crash around 3pm, with a hyper spike floor of 2638, a full 125pts below the morning high. There was a closing hour attempt to rally, but that failed. 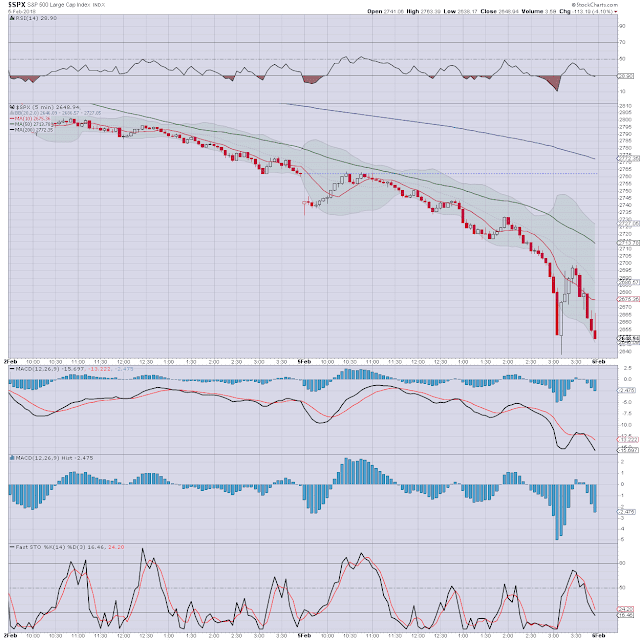 On any basis, today can seen as a mini crash. The wave counters out there could justifiably label this afternoon as a sub'3 of 3.
-
As for the VIX, it was an insane day of swings, opening in the 19s, cooling to the 16s, but then hyper spiking to the 38s into the close. Today was the highest VIX print since Aug'2015.
--


It was notable that the infamous Cramer was noting '... the market just broke again... its too bad'. 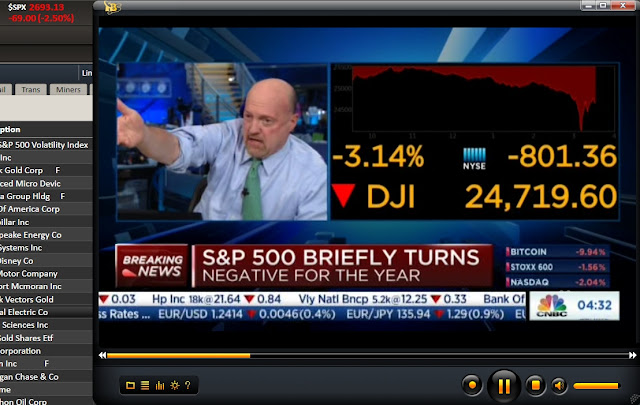 Interestingly, the less hysterical Bill Griffeth of closing bell did counter the Cramer, basically saying the valid argument of how its never broken when its going up... only on the decline.

Lets be clear.... nothing in the bigger picture has changed. Its just a sporadic retrace that was overdue. We've seen a recent breakout in commodities, with bullish breakouts in a number of world equity markets.