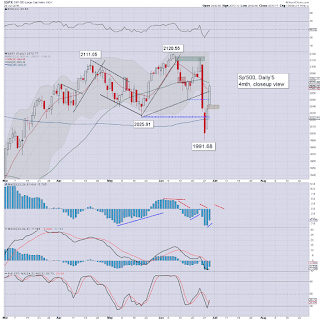 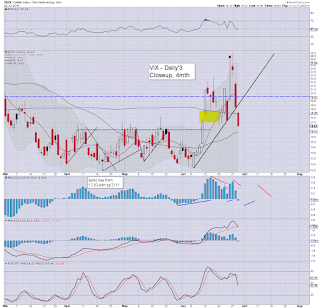 So, a second day for the equity bull maniacs, many of whom are now touting new historic highs - much as they were last Thursday afternoon.

A bounce was expected, although even I was surprised to see the 2060s this morning.. and the 2070s this afternoon. It was pretty incredible to see the VIX 16s... a full 10pts lower than Monday.

Is everything fine now? Was the BREXIT vote just overblown out of proportion?

Other EU states are going to vote to leave. The EU is going to fragment. Perhaps there will remain a core in 4-5 years, but there is no doubt Spain and many others are going to want to leave. 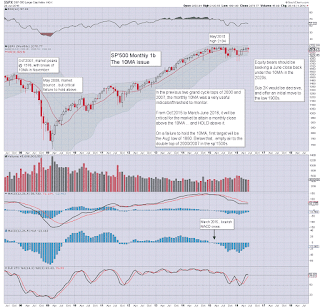 As things are, we look set for a net monthly decline (<2096), but it does look likely that the bull maniacs will manage a fourth consecutive close above the key 10MA.

A June close in the 2050/40s won't give any clarity to either bulls or bears. Even if there is renewed downside in the first half of July to sp'1980/20s, then it will again be a case of whether the July close is under 2K.