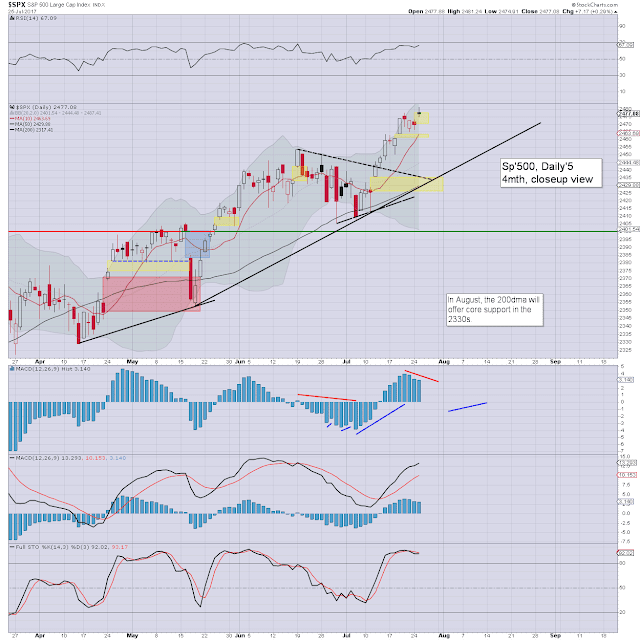 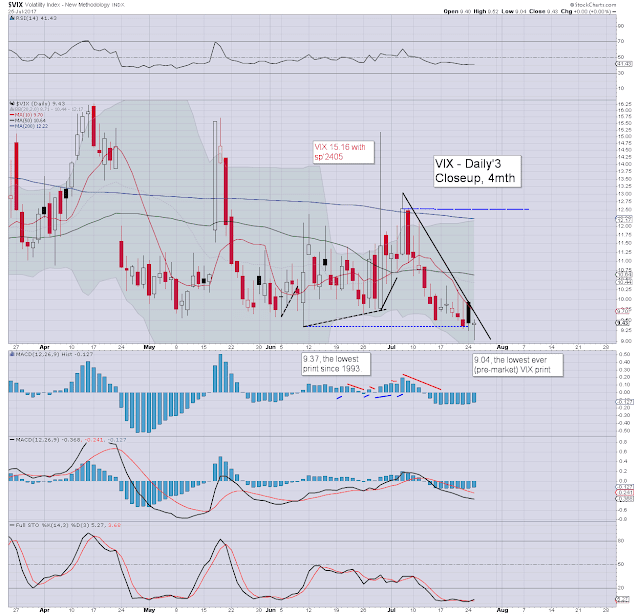 US equities opened moderately mixed, and battle slowly upward into the early afternoon, but that was enough to generate new historic highs in the sp'500, NYSE comp', and the R2K.

Its notable that the settling daily candle for the sp'500 was a black-fail doji. Those are suggestive of near term weakness. I fully admit I have been calling this for some days, but a retrace to at least partly fill the sp'2435/25 gap zone remains due. In the scheme of things, its only a small swing lower, 37pts (1.5%), and is entirely viable across just a few days.
--

In pre-market, the VIX printed 9.04, which was yet another new historic low. The actual intraday historic low was 9.05, with the VIX settling u/c at 9.43. 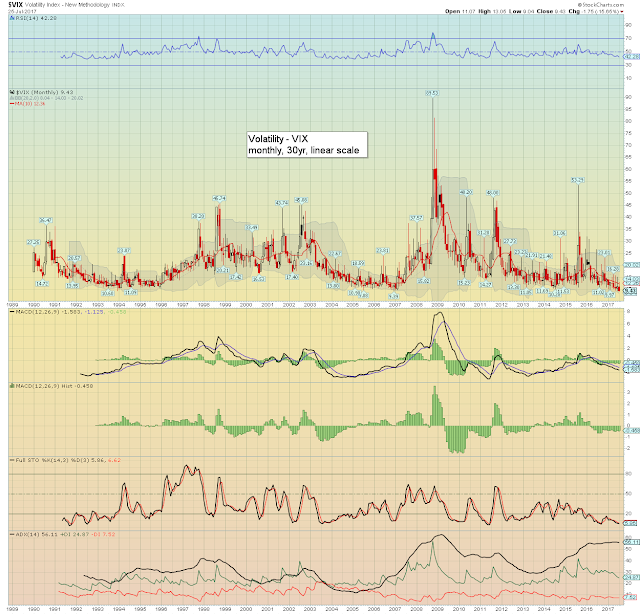 I have regularly touted - since last July, that the VIX-long trade is dead. Sure, we can see brief spikes, but the highs continue to be lower... with lower lows. Even if sp'2435 in the near term, that probably won't even be enough to generate VIX 13s.

For those curious on the background for the VIX... https://en.wikipedia.org/wiki/VIX
--