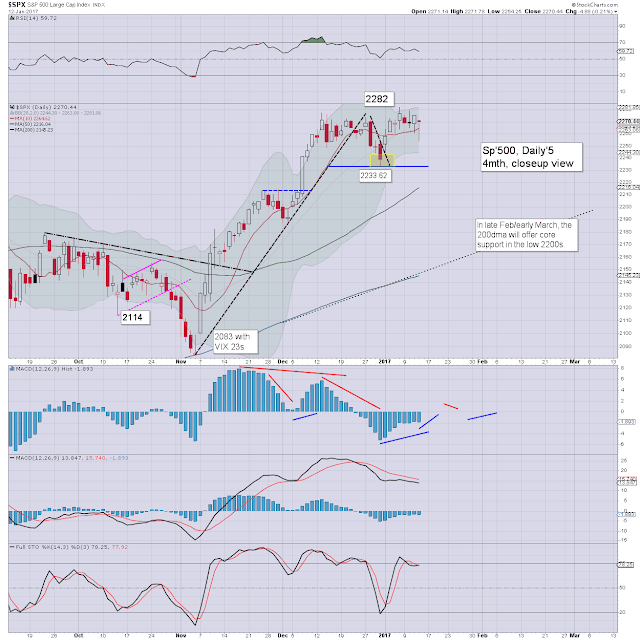 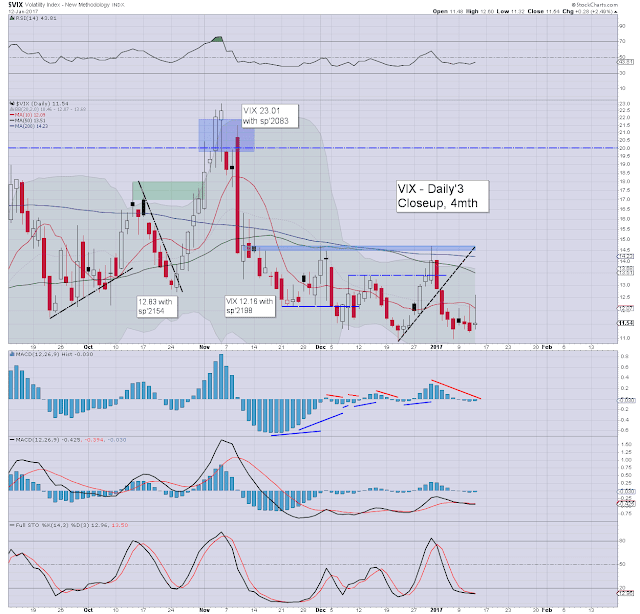 Yesterday saw a rather powerful triple spike floor low from sp'2260. Normally, such a floor would hold... but this morning saw it broken, and that was a surprise.

With weak equities, the VIX battled upward... and partly filled the little gap zone of 12.50/80. Its notable that even with equities broadly lower, the VIX still can't even manage the low teens. The key 20 threshold looks well out of range for remainder of the month.


Friday, a day for the bulls?

I'm bullish for tomorrow, not least in terms of the financials reporting. The outlook for the year ahead should be the most bullish we've heard from the CEOs of BAC, JPM.. and others, since before the great collapse wave of 2008.

If instead the market can't rally significantly tomorrow... it would be a major problem for the mid term bullish outlook into the spring,