Another repeat of the previous 15 trading days, where the market opens a touch lower..only to close higher. The earlier VIX gains of 6% failed to hold - with a classic black candle warning on the hourly chart. The VIX closed -0.24% to rest @ 12.43 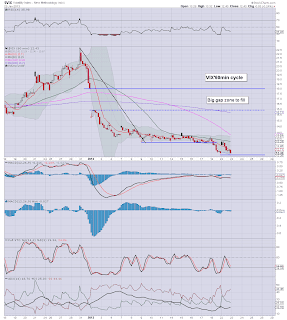 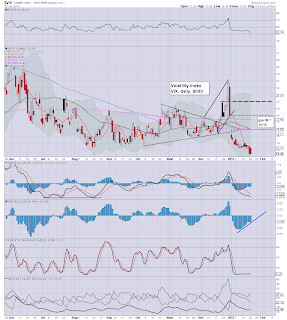 It has to be asked, are we entering a new phase of the market?

The VIX is seemingly now unlikely to break into the 20s until the late spring - and that's arguably somewhat overly 'bearish', with the SP' likely to be trading comfortably in the mid 1500s this February/March.

So long as there are no major scares, it could be a remarkably strong market year ahead.

It has to be considered...regardless of the dire fundamentals.

Mr Market continues to display incredible underlying strength. As has been the case since mid December, this is especially seen in the Transports and the Rus'2000, both of which made further historic highs. There is absolutely no sign of this trend ending. 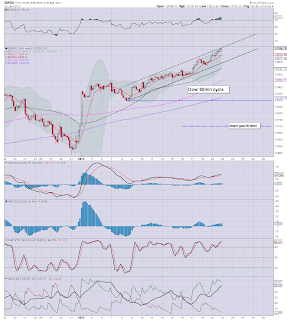 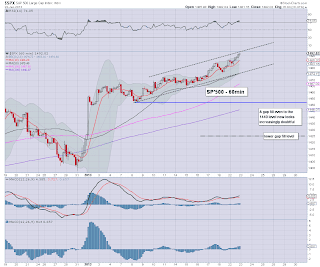 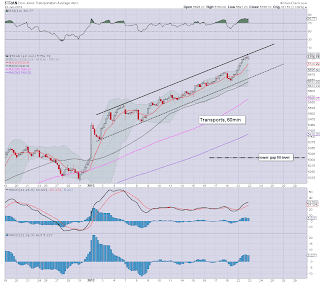 It has become a laughable relentless algo-bot melt higher.

The Dec'31st low of 1398 is now a very long way down...and the June low of sp'1266 now looks impossible to reach..perhaps for some years (it has to be considered)

There is obviously no sign of the current trend ending any time soon, with easy upside to sp'1510/20 within the near term - as supported by the weekly/monthly charts.

More later..on the VIX.
Posted by Trading Sunset at 21:02:00
Email ThisBlogThis!Share to TwitterShare to FacebookShare to Pinterest

The algo-bot march higher can not be stopped..at least not across the longer term. The volume is near zero of course, but since when does that matter? Regardless of any near term retracement...the trend is powerfully higher, lead by the old leader...Transports. 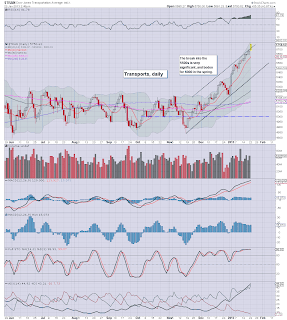 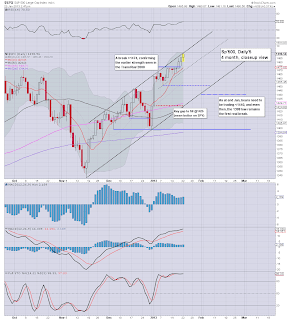 The VIX daily chat is offering a little burst higher across the next 8 trading days but..we'll doubtless get stuck somewhere between 16-18..and the latter is of course going to be very hard to reach.

Back after the close, not that there is much to say.
--
Posted by Trading Sunset at 19:50:00
Email ThisBlogThis!Share to TwitterShare to FacebookShare to Pinterest

Another day higher, especially for the Transports which is almost 1% higher. The VIX is still holding slight gains, but its all minor noise. The broad market upward trend from the Dec'31st low...continues. 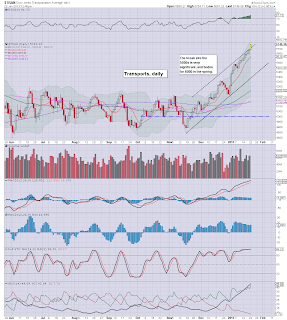 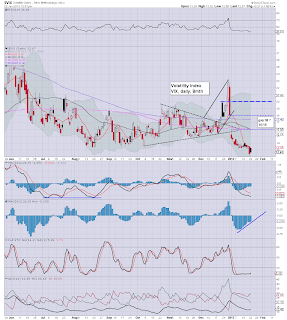 Anyone seeking a major collapse wave anytime before the late spring, is nothing less than outright crazy. Even crazier than those who think the economy recovered since 2009.
--

It really is simple...

Unlike 2009, 10, 11, where the buying was limited...this is not going to end, and the Fed is likely to increase monthly purchase amounts sometime this year.
---

I'm actually growing tired of seeing the 'hopeful' doomers out there. Its a waste of time people, we ain't going down. Look at that transports chart.

--
*If we're going to see some action in the VIX, its more likely Thur/Friday, and even then, we'll be lucky to see the low 16s.

There just isn't much going on this week. Next week is loaded though, not least the Q4 GDP first reading.
--

Yet even the low sp'1440s would barely count as a 'moderate' decline, and right now...that looks difficult.

back at 3pm.
Posted by Trading Sunset at 17:59:00
Email ThisBlogThis!Share to TwitterShare to FacebookShare to Pinterest

So far its all minor noise, the sp' is holding the 1480s, and the VIX remains in the lowly 13s. There just isn't much going on today. 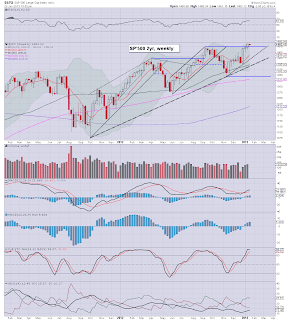 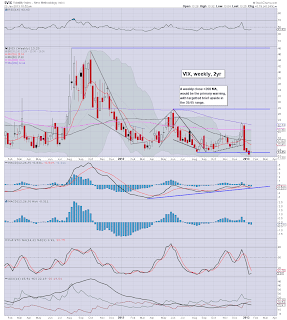 Since nothing is going on...a brief highlight for the big weekly charts.

VIX weekly is still trying to stabilise from the almighty smack down we saw at the start of the year. Indexes are looking a little stuck, but there is no confirmed turn lower yet..and the underlying cycle is still ticking higher anyway.
-
Posted by Trading Sunset at 15:54:00
Email ThisBlogThis!Share to TwitterShare to FacebookShare to Pinterest

Good morning. Mr Market opens the shortened week largely flat, although once again, the Transports and Rus'2000 opened moderately higher..both to new historic highs. VIX is +6%, but that's largely minor noise whilst at such low levels. 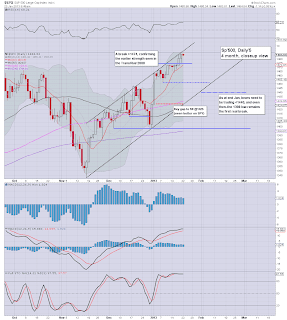 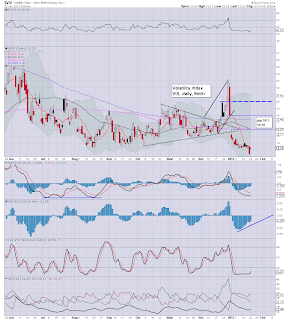 We could certainly see the sp'1500s this week, although I'm guessing no. Considering the move we've already had, I do not expect that until next month

I'm still seeking a retracement, but the higher we go, the higher the target becomes.

First target is a daily close below the daily 10MA in the low 1470s.
Posted by Trading Sunset at 14:51:00
Email ThisBlogThis!Share to TwitterShare to FacebookShare to Pinterest
Newer Posts Older Posts Home
Subscribe to: Posts (Atom)