US equity indexes closed on a fractionally weak note, sp -1pt at 2885. The two leaders - Trans/R2K, both settled -0.3%. Near term outlook offers chop on Wednesday, with sig' weakness on Thursday. 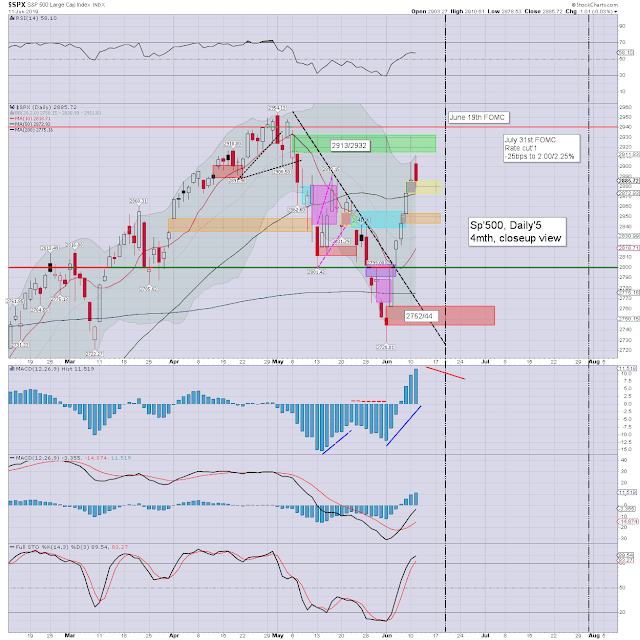 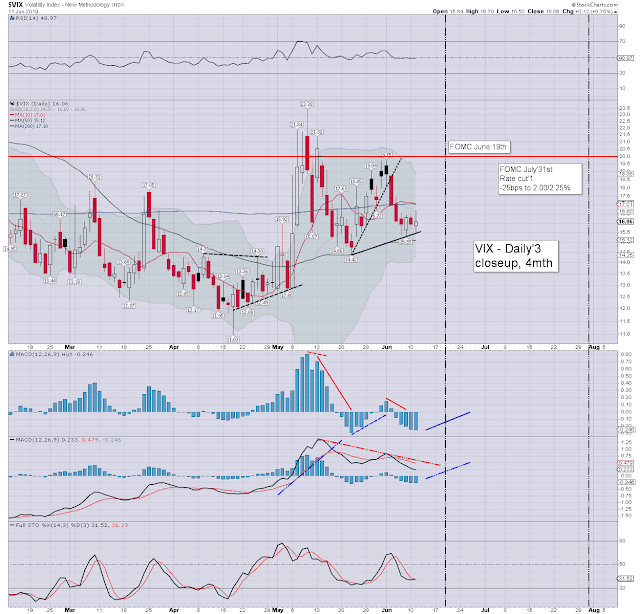 The day began on a positive note, with the US market partly inspired via strength in Asian and European markets. Meanwhile, the US President couldn't resist at 8.47am EDT...


QT is currently scheduled to conclude by end September. Its very possible the fed might bring that forward to end July, or even end June. Rate cut'1 is on the menu for the FOMC of July 31st. Its notable that mainstream consensus is increasingly leaning toward THREE rate cuts before year end. With just a little bit of econ-cooling, we could expect FOUR, taking rates to 1.25/1.50%. I would expect print central to seriously consider launching QE4 when rates are around 1.00%.

That effectively nailed the opening high, with equities reversing, and turning negative into the afternoon. Indeed, they don't call it turnaround Tuesday for nothing.

Volatility picked up a little, with the VIX settling +0.3% at 15.99. The s/t outlook offers a choppy Wednesday, whilst Thursday should strongly favour the equity bears. 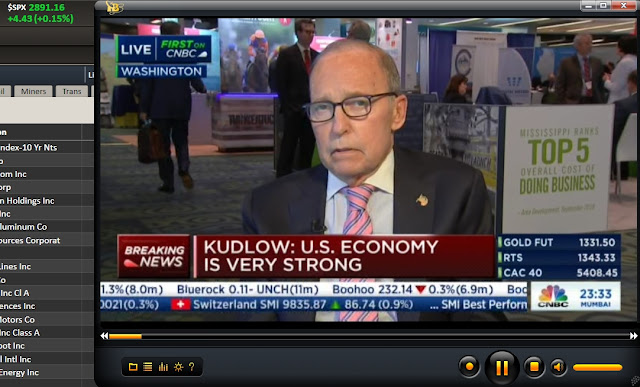 The Kudlow reappeared after a brief medical leave, and continued to play the dual sided mantra that the US economy is very strong, whilst still looking for the fed to cut rates. Larry added he is not arguing for lower rates on the basis of a weaker economy, but on subdued inflation. Hmm