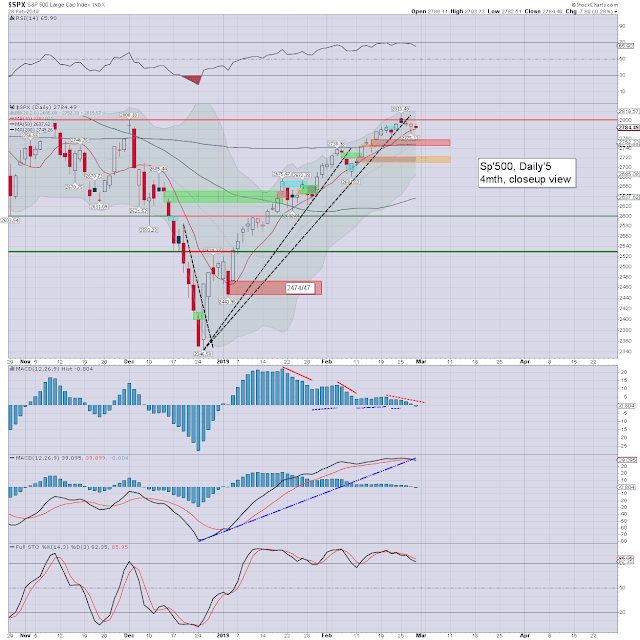 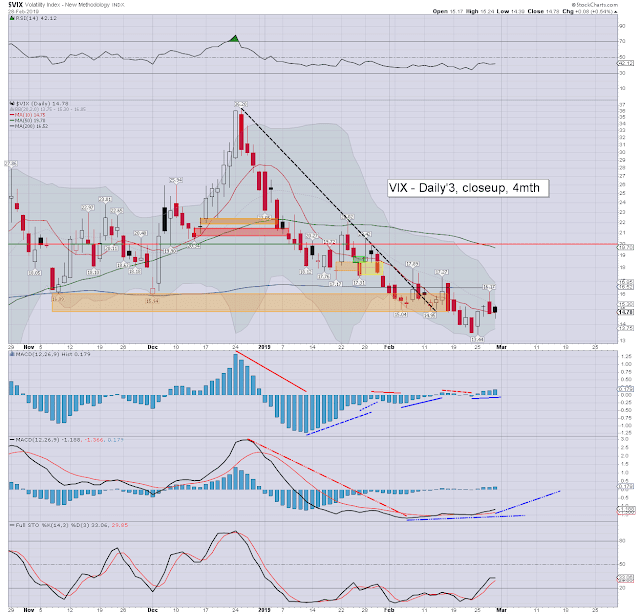 US equities opened a little weak, but once again, the bears could only manage moderate declines. Kudlow was wheeled out in early morning, touting trade progress, and the GDP data.The closing hour broke a new intraday low, on the usual 'end month' issues. Volatility was itself very subdued, settling in the upper 14s. 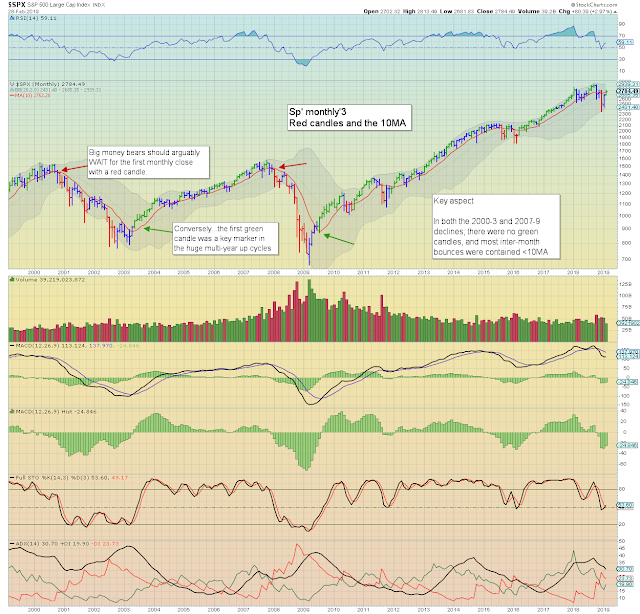 A second consecutive net monthly gain for the SPX, +80pts (3.0%) to 2784. Note the decisive settlement above the key 10MA, with an outright bullish green Elder candle. For the bulls, normal service has truly resumed, helped by Powell's confirmation that QT will be stopped later this year.
-- 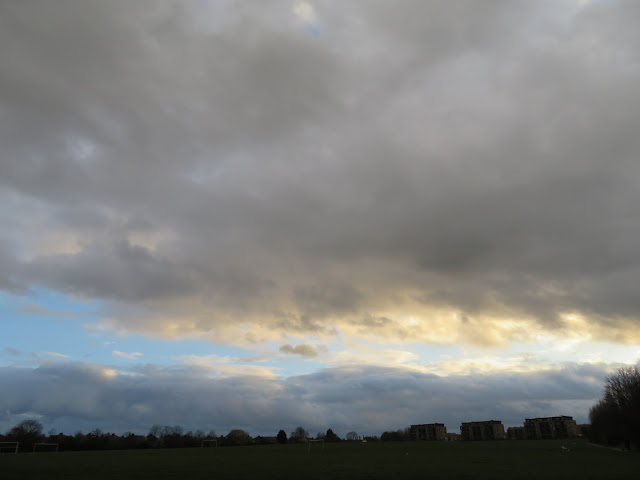