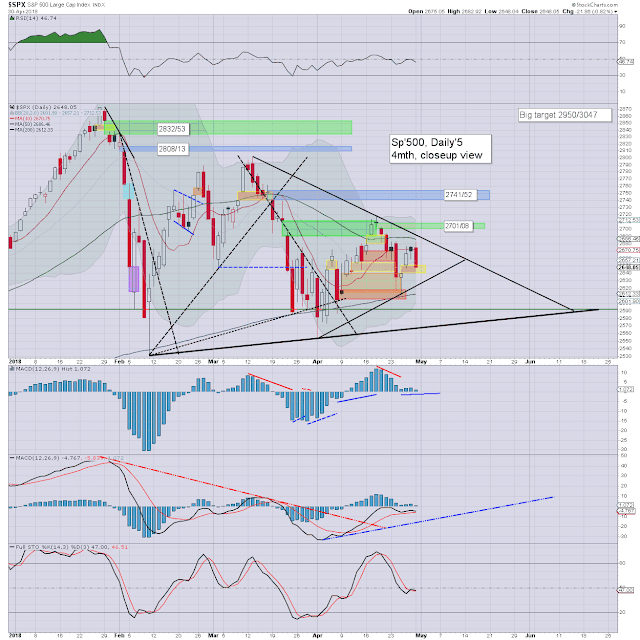 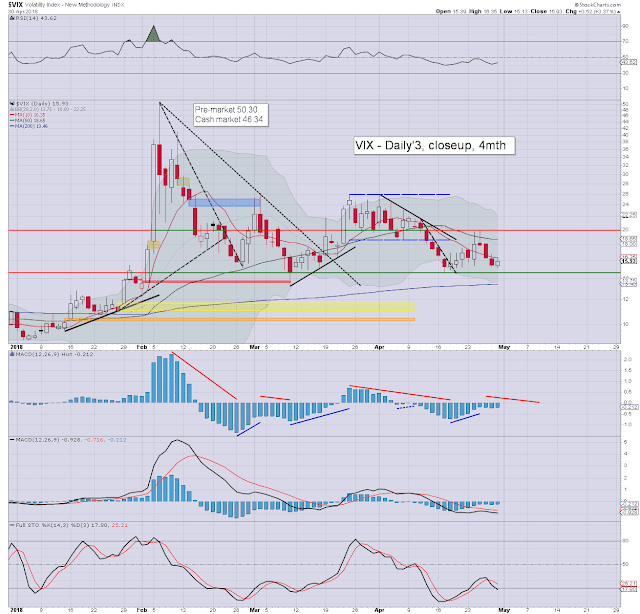 US equities began the week on a moderately positive note, but the buyers just weren't there, and there was a morning reversal, with all indexes turning moderately lower into the afternoon.

Despite the equity swing lower, volatility remained relatively subdued, with the VIX settling in the upper 15s.
--

The headline on the lunchtime show... 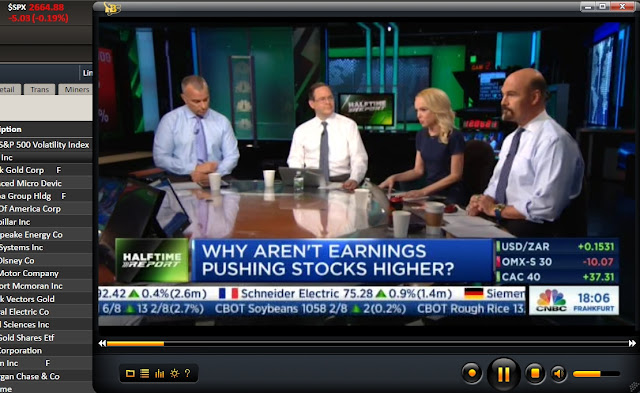 So, why aren't earnings pushing stocks higher? Well, obviously... much of it was already priced in. Further, stocks don't have to generate new historic highs every day, week, or month? Have you noticed across the last few years, that the mainstream get pretty damn twitchy at times, when the market hasn't generated at least one index high every few days?

The econ' and equity bulls have nothing to prove. Yes, price action has been very volatile since late January, but again... sporadic retracements have to be expected, even as earnings have come in more superb than expected.

Yours truly has few concerns. As noted at the weekend, price structure is a giant triangle, and it offers broader upside this summer/early autumn. Original big target of sp'2950/3047 zone remains valid.
--