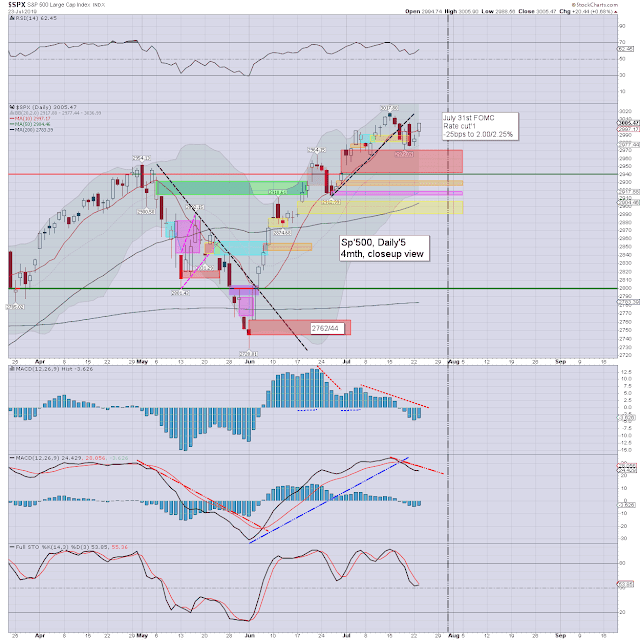 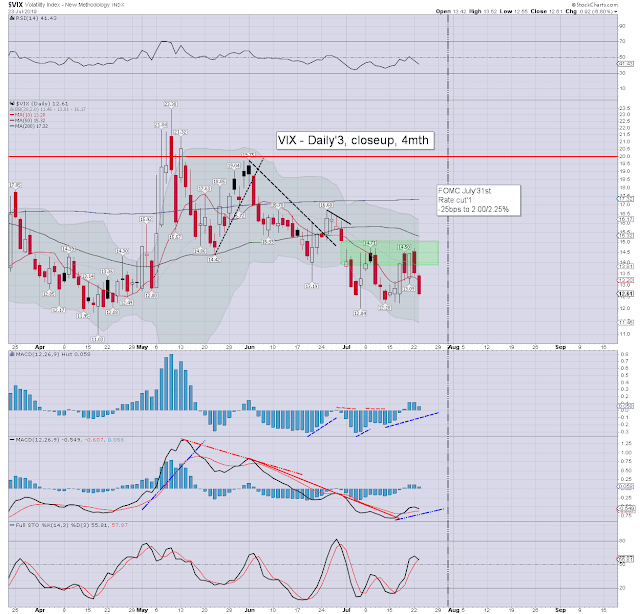 US equities opened moderately higher, but price action was choppy. There was a secondary wave higher into the late afternoon. Volatility remains broadly subdued, with the VIX settling -6.8% at 12.61. I do not expect the recent historic high of 3017 to be broken above before rate cut'1. Instead, I'd look for a cooling wave to 2971/41. 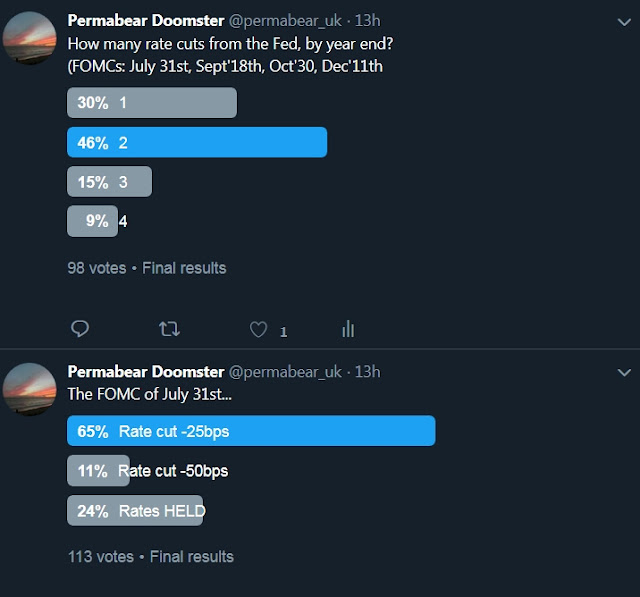 First, its notable that only a collective 24% expect 3 or 4 rate cuts before year end. Second, almost a quarter expect rates to be held next Wednesday.