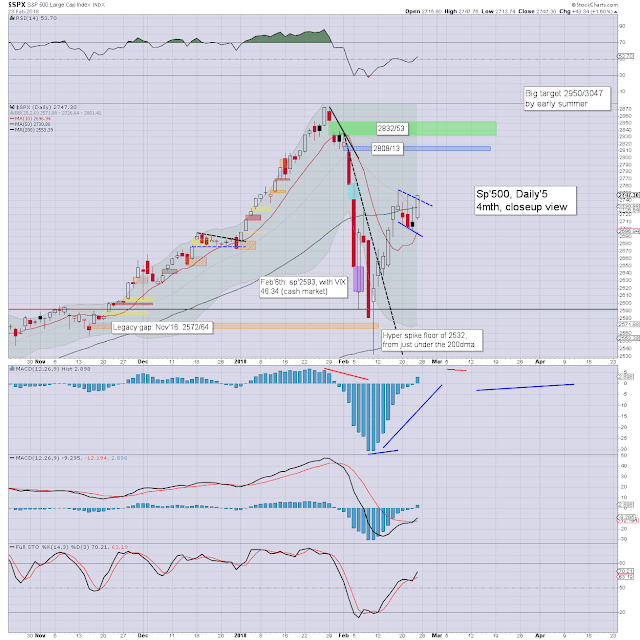 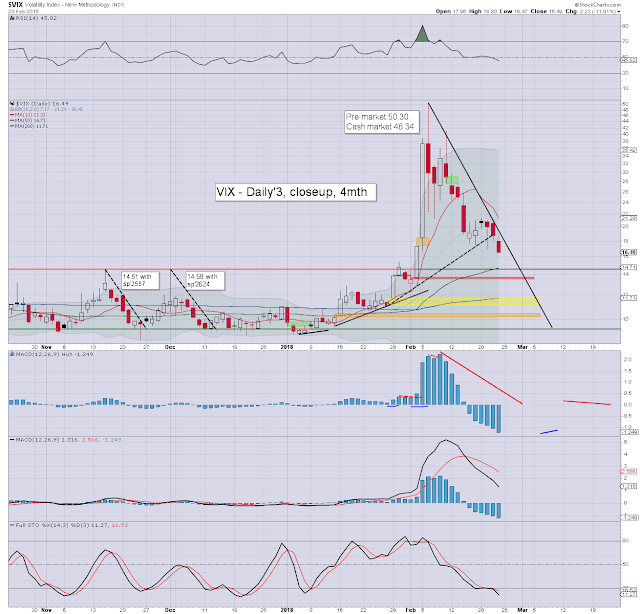 First, yesterday's call of a weekly close around 2670/60... lousy. The cooling wave from 2754 to 2697 was very minor, and highly indicative of underlying mid/long term market strength. Yesterday's appearance from Fed official Bullard, and today's pre-emptive release of Powell prepared remarks clearly skewed things into the weekend.
--

US equities opened moderately higher, and once again, the market built gains into early afternoon.Unlike the previous three days though, the gains held, and after a few hours of micro churn, were built upon. Price structure can now be seen as a bull flag, provisionally confirmed. The flag will be fully confirmed with a break above last Friday's high of 2754. A number of stocks - such as AAPL, BABA, X, and MU, are strongly suggestive we'll see a push into the 2800s by mid March.

VIX: With higher equities, volatility was naturally ground lower, settling in the 16s, the lowest level since Feb'2nd.

Yes, the market remains twitchy about the US 10yr bond yield, remaining close to the psy' level of 3.00%. So long as that isn't broken above, the bullish equity train will remain on the tracks. Indeed, original big target of 2950/3047 zone is still on the menu, where we'll surely get stuck.
--

*the weekend post will appear Sat'12pm, and will detail the US equity indexes.