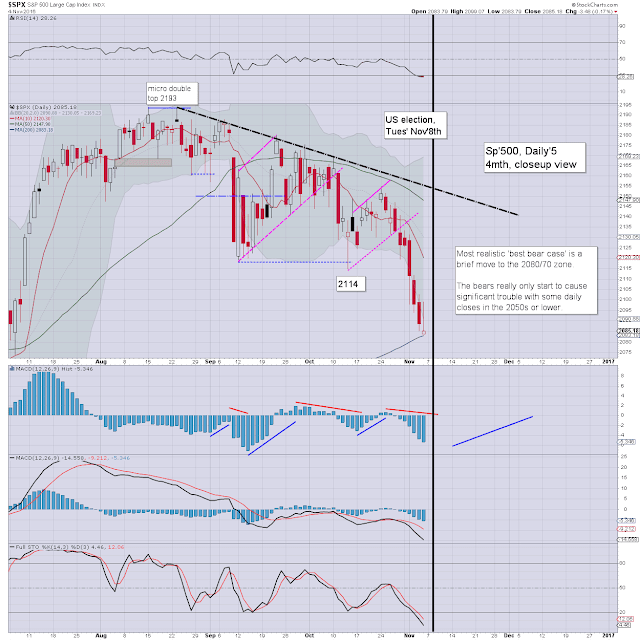 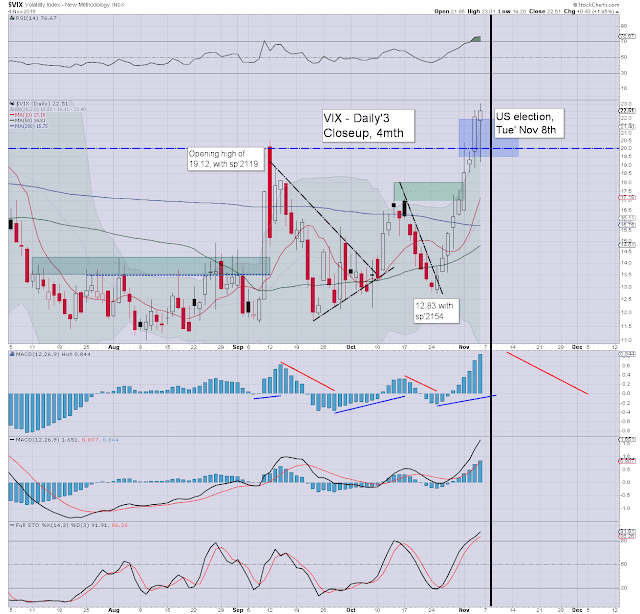 US equities opened to sp'2083.79, but did put in a rather clear opening hollow-red reversal candle. The subsequent bounce to sp'2099 was very muted though, and there was some renewed sellside pressure into the weekly close.

Naturally, few traders were interested in going long ahead of the weekend, along with the even bigger issue of next week's election. For many, its a case of 'sit it out' until next Wednesday morning.

VIX remains notably elevated, holding comfortably above the key 20 threshold. Indeed, today was the ninth consecutive net daily gain for front month volatility, which is (I think) the most bullish run... ever.  Clearly, the VIX will remain high into the Tuesday close.

Right now, if Trump does win - as I believe he will, VIX will be vulnerable to spiking to around the 30 threshold.
--


--
A second week for the bears 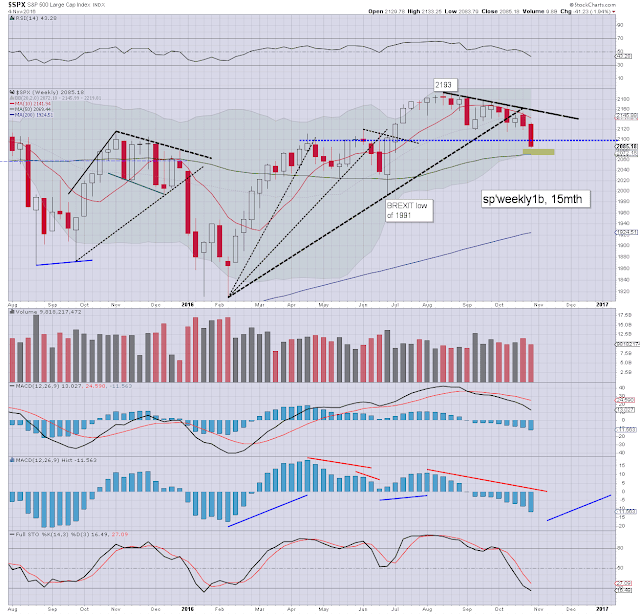 *the weekend post will be on the world monthly indexes
Posted by Trading Sunset at 23:00:00
Email ThisBlogThis!Share to TwitterShare to FacebookShare to Pinterest
Newer Posts Older Posts Home
Subscribe to: Posts (Atom)