The war on capitalism continues 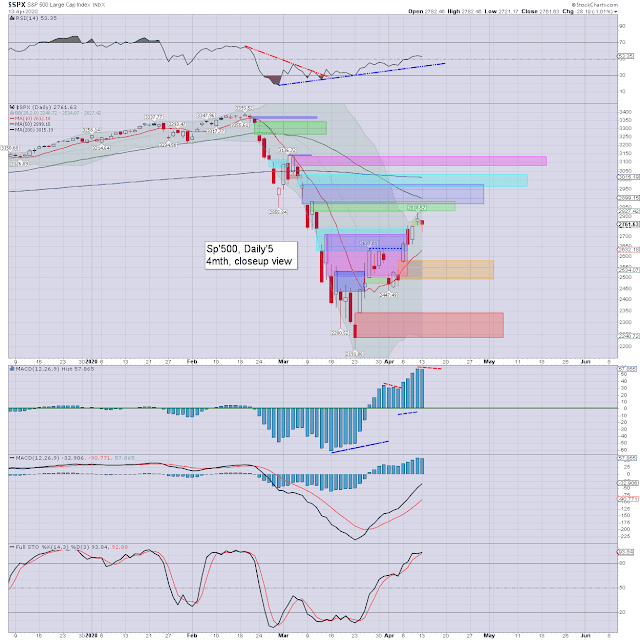 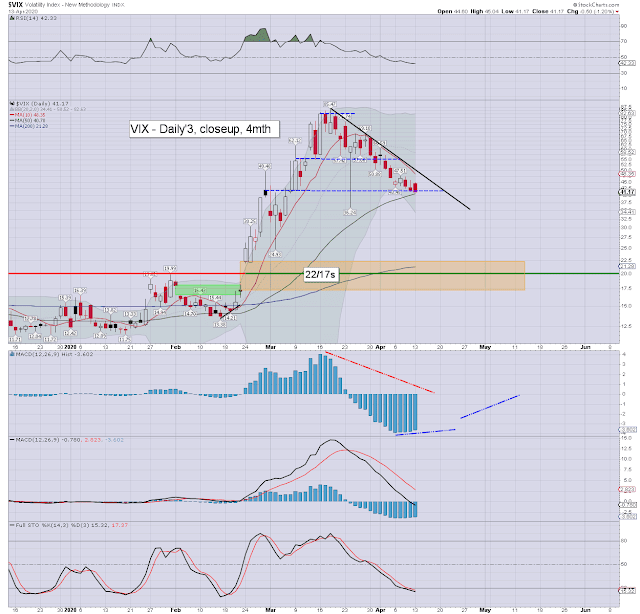 US equities opened on a weak note, somewhat pressured via Asian markets, but more so... the disappointing OPEC+ agreement.

The US President re-iterated the OPEC+ agreement in early morning...

Yes, its a supply cut of historic proportions, but it won't likely negate the even larger collapse in demand. Global storage is close to 100%, and that will be a downward pressure on oil (and the related energy stocks) into early summer.

Meanwhile, Piper Sandler are reflective of some within the mainstream, who are increasingly positive for the second half... 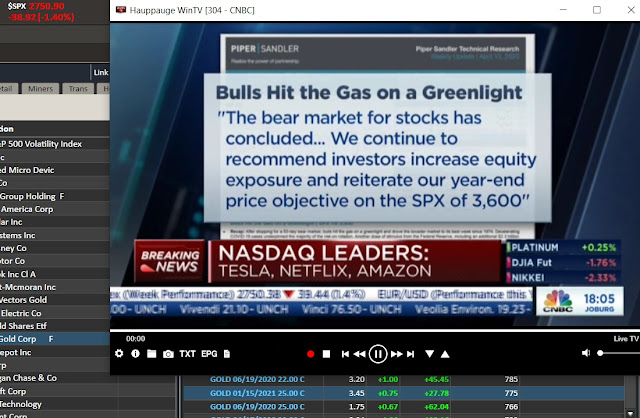 The sp'3600s appear a ludicrous target, and I will likely return to this target/quote within the next few months.


The war on capitalism continues


When CNBC grey out your image, you know they are running a hit piece on you. Wapner brought up last Thursday's interview with Palihapitiya, the CEO of Social Capital, and brought on Leon Cooperman. Not surprisingly, it turned into a 'bailouts for all, and bash the 'let them fail' guy'. A shameful display of outright communism, and I've near zero hope this path will not be continued upon.

The afternoon saw considerable weak equity chop, but with a closing hour mini ramp.
Volatility picked up to 45.04, but the VIX settled -1.2% at 41.17. 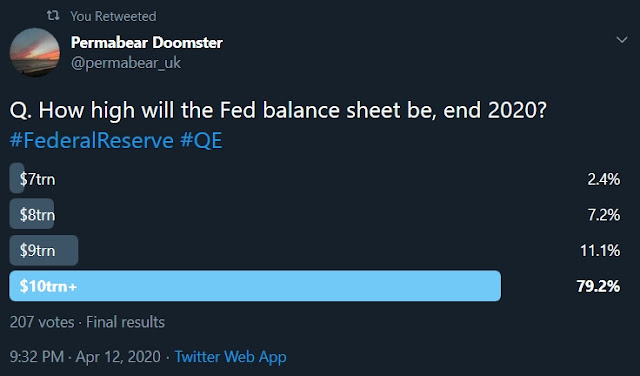 Indeed, ten trillion by end year is no longer seen as 'crazy talk'. 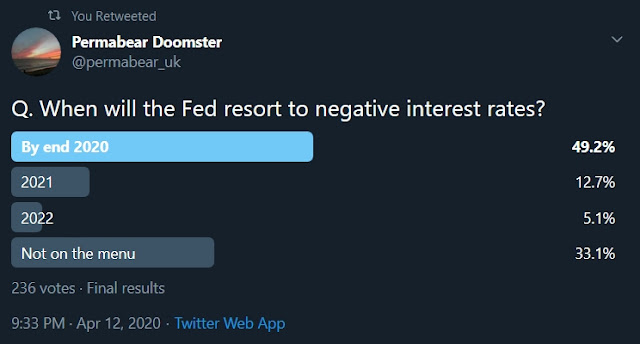 Whether late this year, or in 2021/22, negative interest rates appear a given, not least when Bullard (or Kashkari) take over from Powell.

Right now, my concern for higher prices would be via problems within the supply chain. 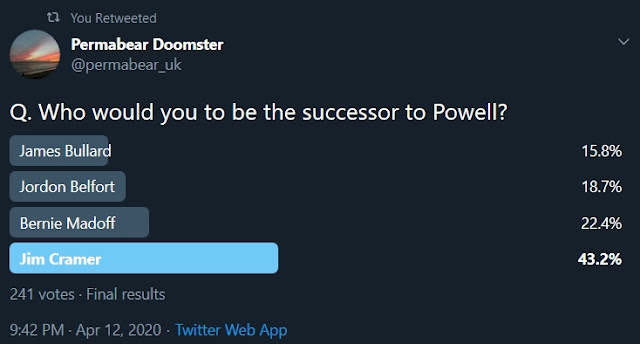 Yes, its a very flippant poll, but is 'Fed Chair Cramer' such a crazy notion? After all, we've a President Trump, and Kudlow is head of the National Economic Council!
--