The State of the Union

US equities ended the month on a slightly weak note, sp -6pts at 2363. The two leaders - Trans/R2K, settled lower by -0.6% and -1.4% respectively. VIX settled +6.9% at 12.92. Near term outlook is bullish, as another burst higher seems due before a realistic threat of a sustained move lower. 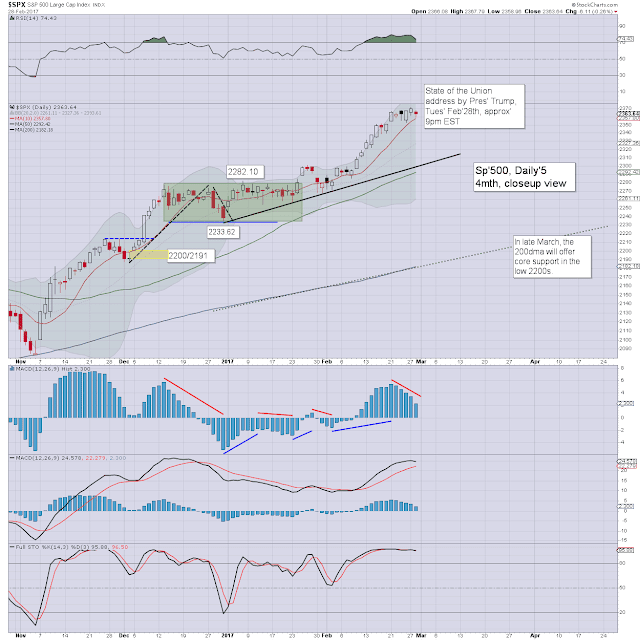 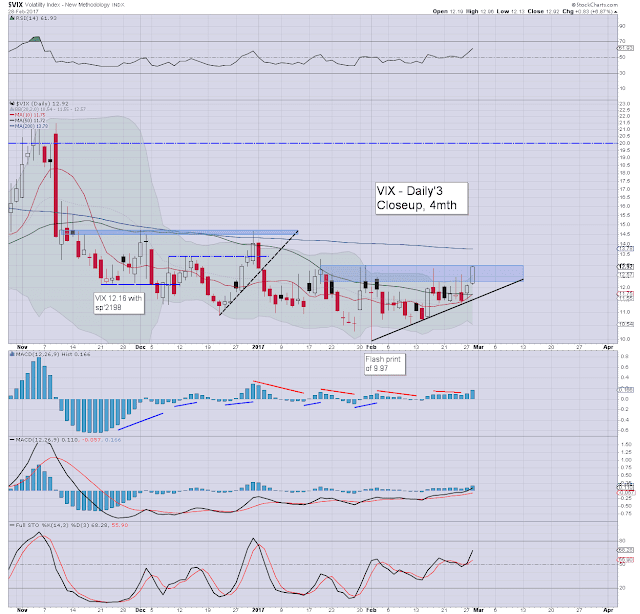 It was a day of minor weakness for the US equity market, as reflected in the VIX which climbed for a second consecutive day. However, its notable that the VIX couldn't see the 13s at all in February... something we've not seen since June 2014.
--


As for the SOTU

Tonight's address by President Trump is profoundly important. Its not just a speech to placate or inspire his party or even the broader congress/senate. It will be a speech where Trump will lay it all out.... to the world. The US economy is still struggling, and Trump's core aim will be to increase economic growth, whilst also launching a massive re-building scheme across the nation.

An infrastructure (phase'1) plan will likely total around $1trn. How will it be funded? I've long believed they could do it via a special 'US infrastructure 30/50yr bond'. Ironically, some of those would no doubt eventually find their way into the balance sheets of central banks across the world.
--

It was a very bullish month for the US and most other world equity markets... 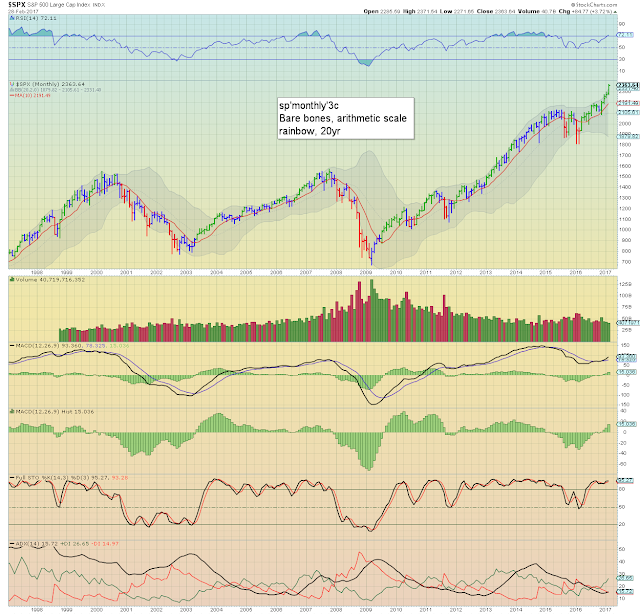 A net monthly gain for the sp'500 of 84pts (3.7%), with a new historic high of 2371. Its been a full year since we saw a bearish red (Elder impulse) candle. I'll cover the US and other world equity markets in depth this coming weekend.
--


It was another very mixed day for the Gold Miners. If you're curious to dig deeper, go pick up my first Gold Miner report. 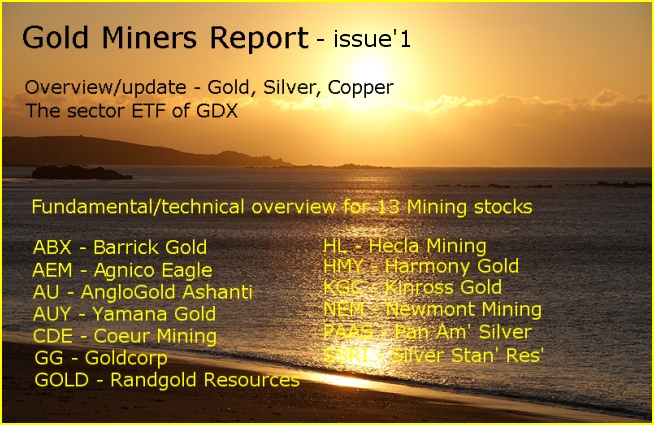