Here is some garbage 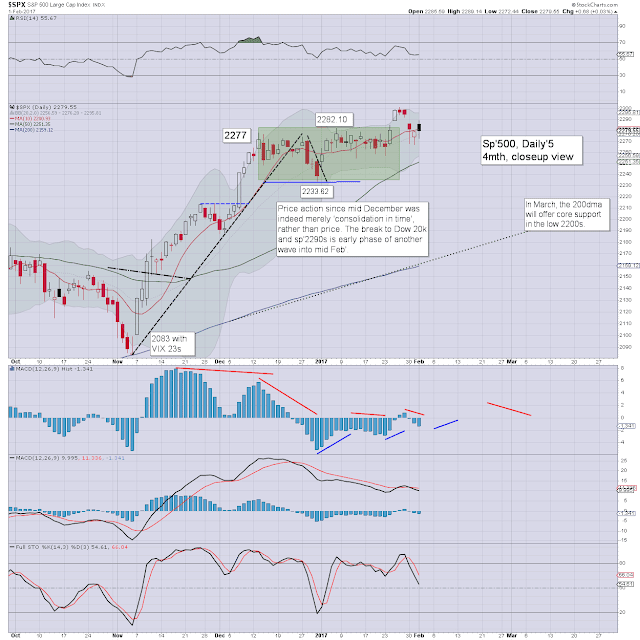 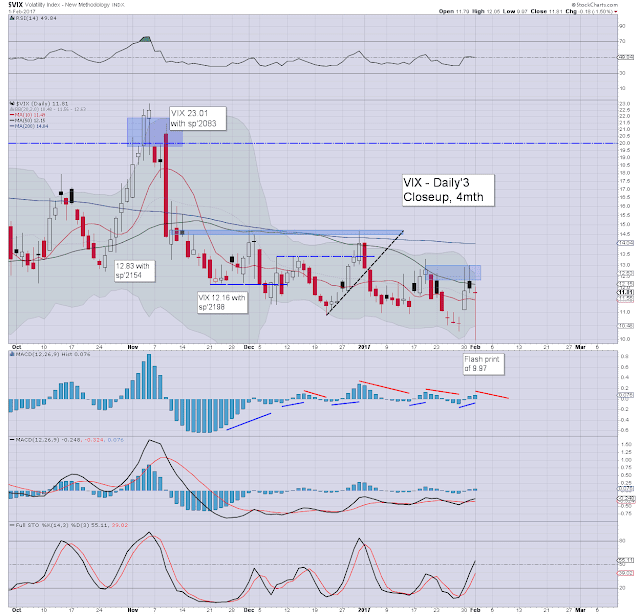 Opening equity gains, some moderate cooling, and then another latter day recovery. Underlying MACD (blue bar histogram) cycle continues to tick lower. As things are, a bullish cross is out of range until next week.

re: VIX. With the release of the fed press release, there was a flash-print in the VIX of 9.97. Its possible that will be revoked as 'rogue' by the CBOE.. whether later today or this week. If its maintained though, it'll be the first time we've seen single digit VIX since Feb'2007.
--

Two videos for you today.

Weir's notion that the world financial system and global economy revolves around the precious metals is unquestionably garbage and deluded. If you had to argue one commodity on which the modern world is founded, it would have to be Oil.

I'm actually bullish the metals and the miners, but the notion that Gold is going to 10k.. never mind 25/50/100k, is ludicrous. The gold bugs have some truly insane upside targets, and they've been in denial for years that the 'paper market' isn't 'real gold'. Its safe to assume almost none of them are aware that the futures market dates back around 4000 years to ancient Mesopotamia (see: http://bebusinessed.com/history/history-futures-trading/ )

But hey, Gold bugs don't wanna hear that. Instead, they'll launch online witch hunts against anyone who dares suggest the metals might see a short/mid term retrace.
--

Dent does make some valid points, but what about capital flows into the US from less secure places like the EU ? Very few take account of such issues these days. Martin Armstrong remains one of the exceptions, and I'd still outright recommend anyone to follow him.

What about the issue of 'if the bond market has seen a multi-decade peak, then equities will be even stronger?' I sure don't see hardly anyone talking about that.

--
Ohh, and yes... I sometimes link to many of the gold bugs, and deflationary doomers like Dent. But then, I do like to keep up to date with those who hold very different views.