US equities remain moderately higher. Most notable, the Nasdaq comp' which is trading around the key 4900 threshold. Metals remain weak, but well above the earlier lows, Gold -$9, with Silver -2.2%. Oil remains broadly weak, -3.0% as the House of Saud cause further problems. 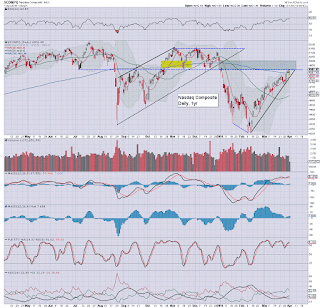 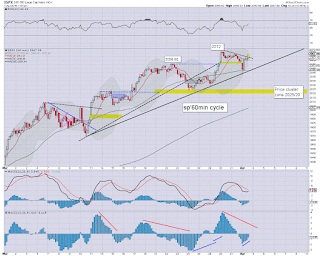 This is indeed annoying.

Equity bears need to halt this latest nonsense, with a viable turn around 2.30pm. That will give a mere 90mins for a marginal net daily decline.... or at least cool the Nasdaq back below the 4900 threshold. 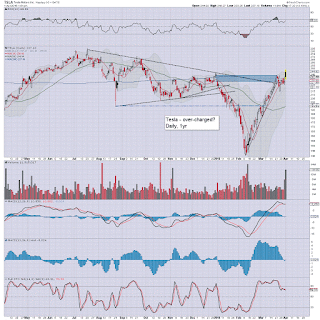 A rather stark black-fail candle, as the model'3 is released, although from what I read, won't actually be available until late 2017.

TLSA won't likely be making any net profit on that model either. The numbers/economies of scale are simply too small.

In terms of near term downside, the 50dma would be a natural target, and will be around the $200 threshold for the next two weeks, which is around 15% lower.
--

.. and yes.. I'm keeping in mind the other scenario.

Considering the opening declines... the setup arguably favours the bears... not that it feels like it.
Posted by Trading Sunset at 18:53:00
Email ThisBlogThis!Share to TwitterShare to FacebookShare to Pinterest
Newer Post Older Post Home