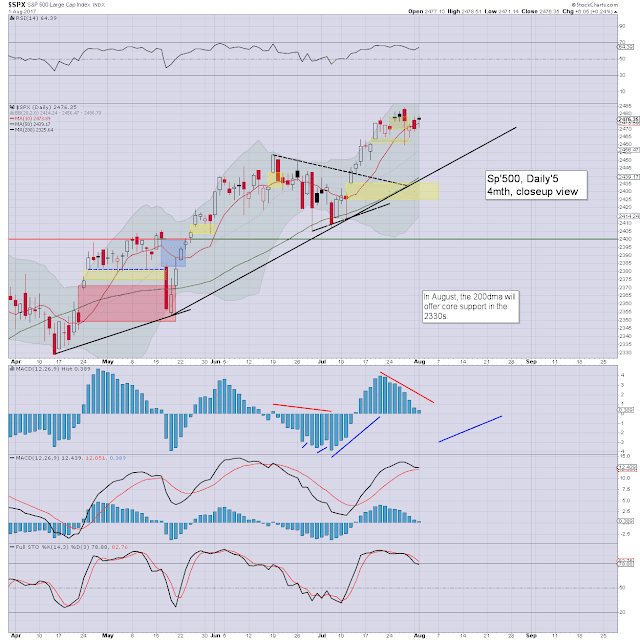 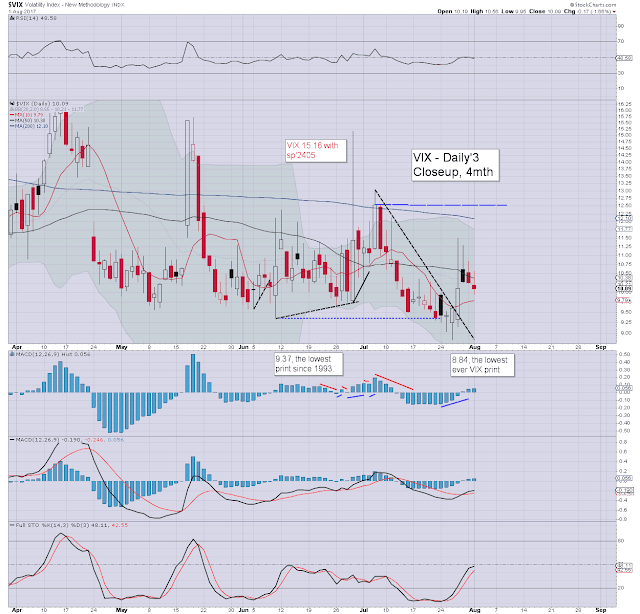 US equities opened moderately higher, with the Dow notably breaking a new historic high, but falling shy of the 22k threshold.The sp'500 settled a little higher, but fractionally below the open, with a settling black-fail candle. Those are not to be dismissed lightly.

Market volatility remains very subdued, with the VIX falling into the 9s today, but settling in the low 10s. If sp'2435, that should equate to VIX in the 12s.
--

Aside from 2015 and 2011, August is typically a sleepy month. Europe is effectively on holiday for the entire month, and for many in the US, the equity/capital markets are the last thing on their minds.

Sure, there will be a few 1-2% swings, but broadly, there is little reason to expect any drama until at least mid/late September. 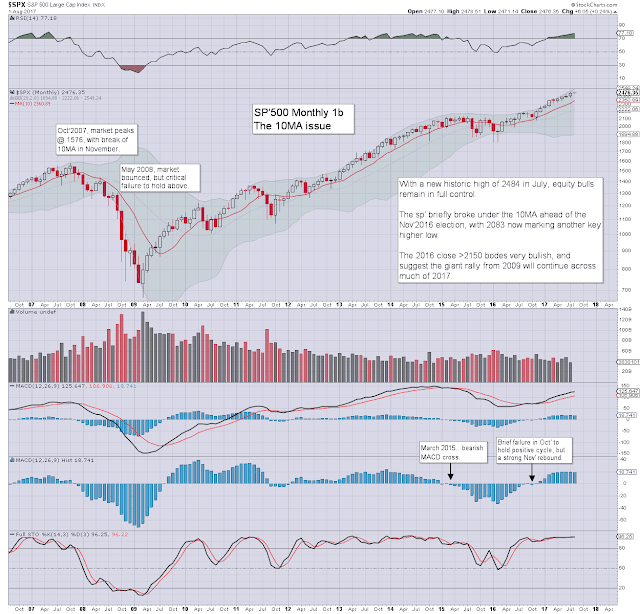 Keep in mind the key 10MA, that has now jumped from 2425 to 2460. Unless we see a break and monthly close under it, there is zero reason for the bears to have any hope.
--