US equity indexes ended the week on a fractionally positive note, sp +4pts at 2500. The two leaders - Trans/R2K, settled higher by 0.4% and 0.5% respectively. VIX settled -2.6% at 10.17. Near term outlook offers micro chop into the FOMC, with a subsequent 4-5% swing lower into October. Broadly though, the US market remains powerfully strong. 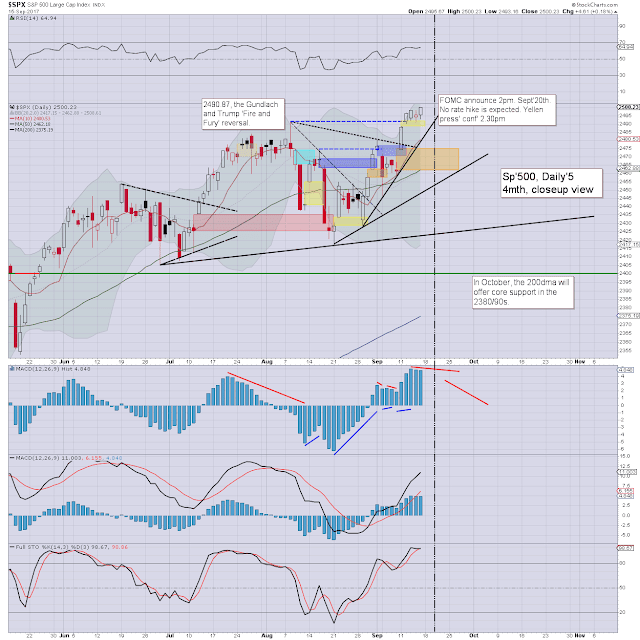 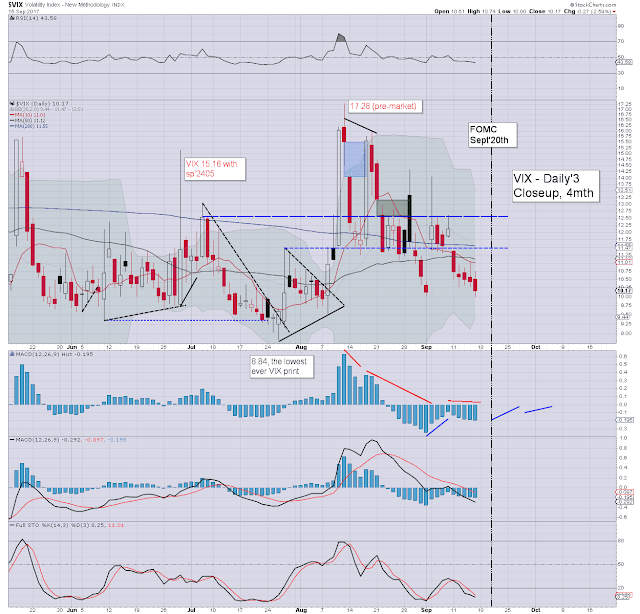 US equities opened in micro chop mode, but with a minor wave upward, the US market broke new historic highs in a quartet of indexes: sp'500, dow, NYSE comp', Nasdaq comp'. On any basis, that is an especially bullish end to the week.

Market volatility naturally remained very subdued, with the VIX settling lower for a fifth consecutive day, but (almost surprisingly) not falling into the 9s.

Near term outlook offers further equity price chop into next week's fed meeting. A 4-5% down wave into October remains on the menu, but that won't be enough to cause any problems to the mid/long term bullish trend.
--

*the weekend post will appear Sat'12pm, and will detail the US weekly indexes.
--