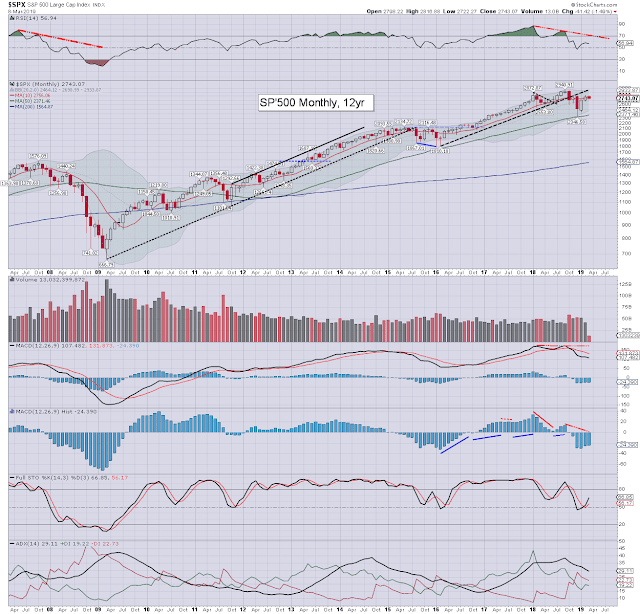 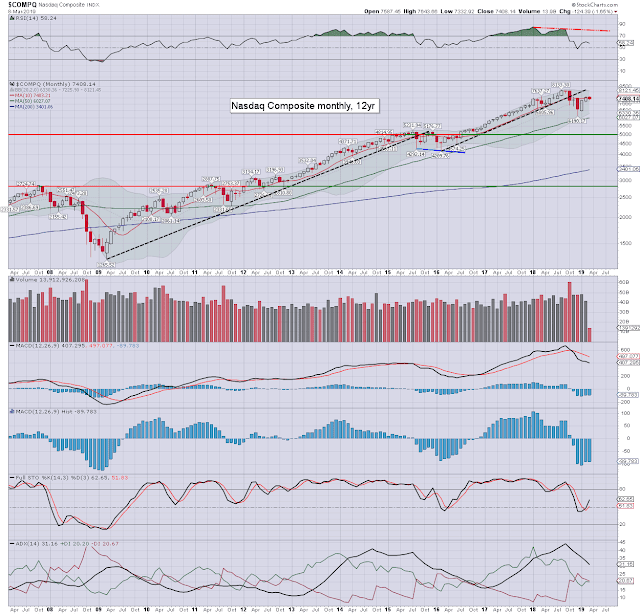 The Nasdaq comp' broke a new cycle high of 7643, but reversed lower to settle net lower by -2.5% to 7408. The weekly candle is of the bearish engulfing type, and is highly suggestive of lower levels to come, even if next week begins on a significantly positive note. More broadly, the key 10MA is at 7483, a March settlement under would negate the bullish February close, and merit alarm bells. 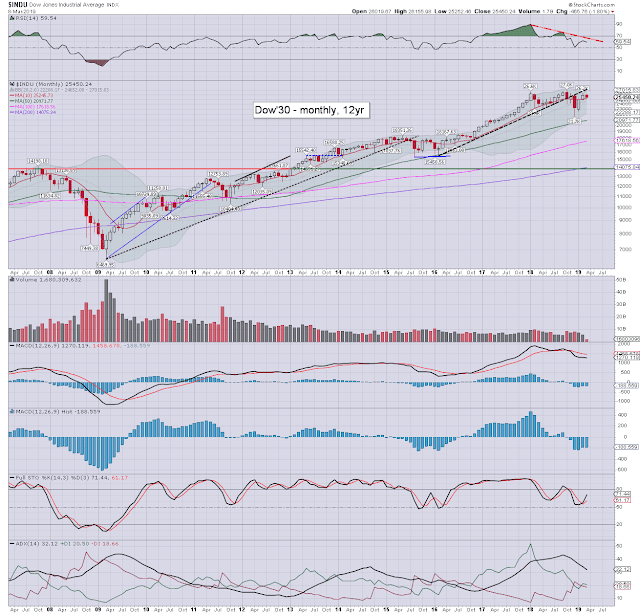 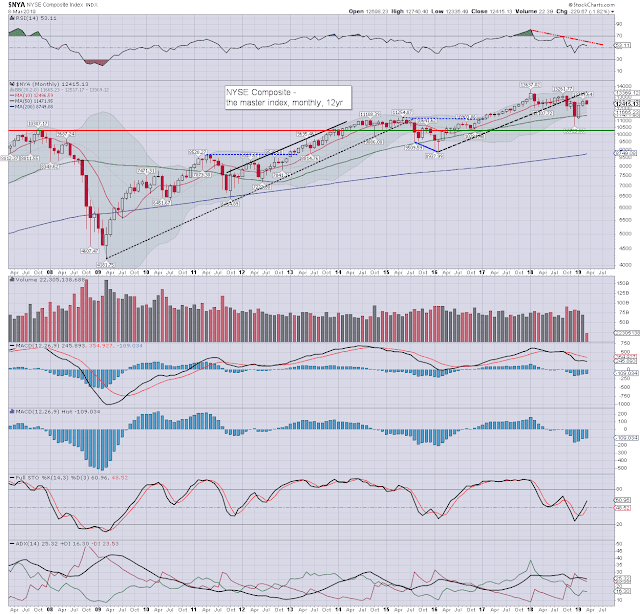 The master index saw a net weekly decline of -2.2% to 12415. More broadly, the NYSE comp' is back under the monthly 10MA. If that holds into end month, then the bears can be said to be back in control. 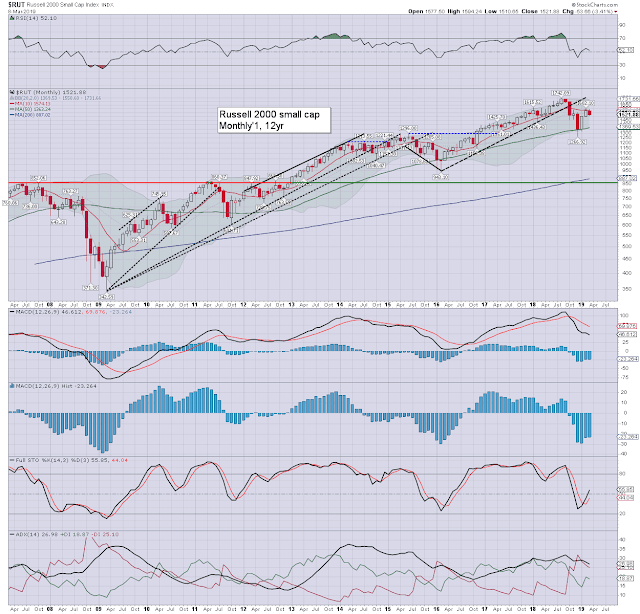 The R2K saw a net weekly decline of -3.3% to 1521. Note the monthly 10MA at 1574, which remains huge resistance. Cyclically, the R2K is on the very low side, but that can remain the case for extended periods. It could be argued the cyclical setup is analogous to May 2008. The Transports and R2K are leading the way lower.

More broadly, five of six equity indexes are back below their respective monthly 10MA, with the Dow being the exception.

*US clocks jump ahead one hour into spring overnight March 9/10th, with the UK/EU following two weeks later.

**there are no fed officials scheduled to appear, due to the usual blackout period ahead of the March 20th FOMC.
-

The market's negative reaction to the ECB this week, should be at least a mild concern. However, the bulls can still look forward to the fed announcing the end of QT, and a subsequent rate cut. Further, a US/China trade agreement might be reached. The US President himself has already predicted the market would spike on such news. Whether such a spike lasts minutes, hours, days, or somewhat longer... that is the big unknown.

In any case, unless we see a bearish monthly equity settlement, the setup into the summer currently favours the bulls. Again, the ultimate sell signal will be a rate cut, and that still looks at least 3-6mths away.

Ohh, and as for the BREXIT, yet another vote is due Tuesday. It is beyond insane that one of the most important decisions the UK has ever made, is being so grossly mishandled by the political hacks.

For the record, I hope its delayed, and eventually just all called off. All of this uncertainly is greatly unsettling the populace, further driving the UK economy toward recession. Truly, crazy times.
--