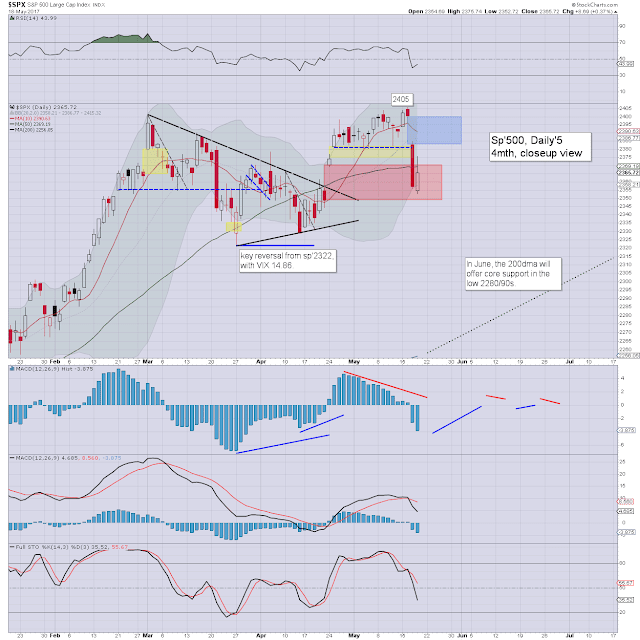 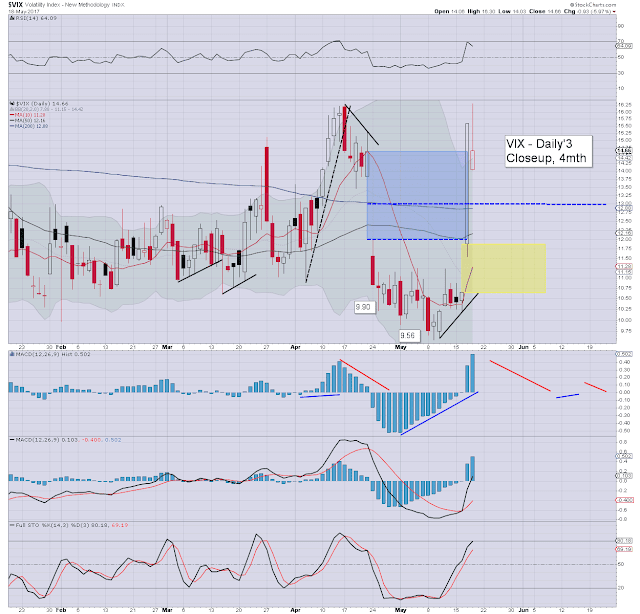 It was a day of moderate swings, with the sp' seeing early weakness to 2352, but then battling upward. The sp'500 became stuck at first natural resistance of 2375. Its still possible we'll see a brief pop to around 2382.. before resuming low to fully fill the price gap at 2348.

Volatility remains a little elevated in the teens, and its notable the VIX did print a new multi-week high of 16.30. There is resistance (weekly cycle, not shown) around the 16s. Only a daily close >16 would offer any real threat of the key 20 threshold being seen.
--

Those getting overly hysterical at yesterday's US market decline should take some time to consider what a real drop looks like... 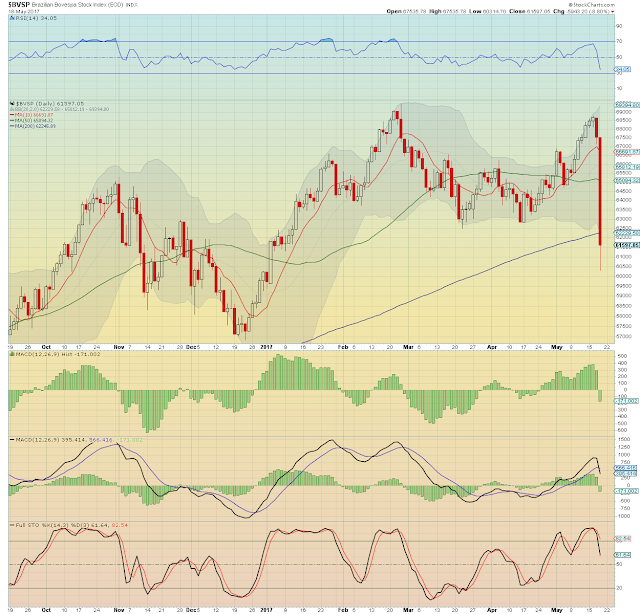 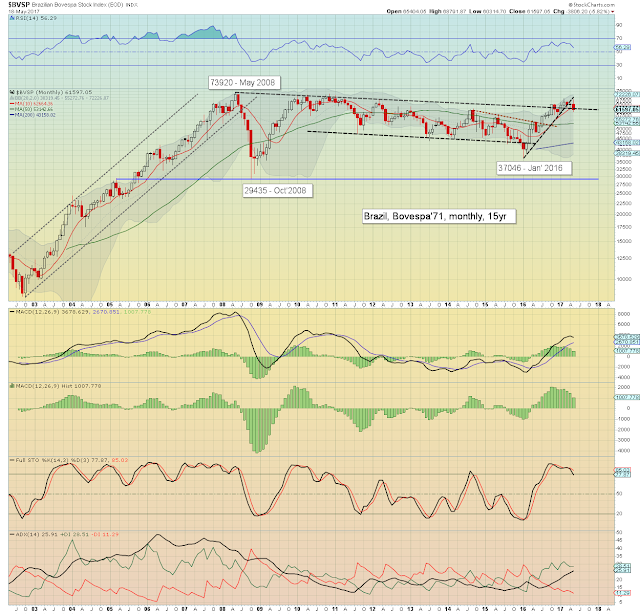 Beyond the short term political issues, the grander issue for Brazil are commodity prices. If commodities can climb across the second half of 2017, then the Bovespa should be able to challenge the 2008 historic high of 73920.

Q. Will we ever see such a daily decline in the next US bear market?

Its tough to imagine those at Print central ever allowing it. We know various Fed officials would start issuing threats of QE, with just a 10% correction spanning 3-6 weeks.
--


I shall end today with a few tracks by Chris Cornell... who will be missed by many.

Seasons is a personal favourite, originally in the indie movie 'Singles', and later in 'Man of Steel'. During many hundreds of rainy afternoon walks, I have listened to that one.


As ever, extra charts in AH @ https://twitter.com/permabear_uk