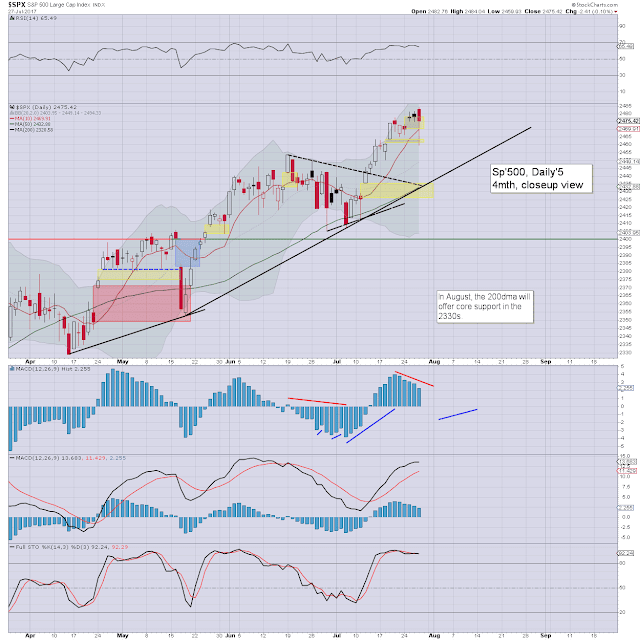 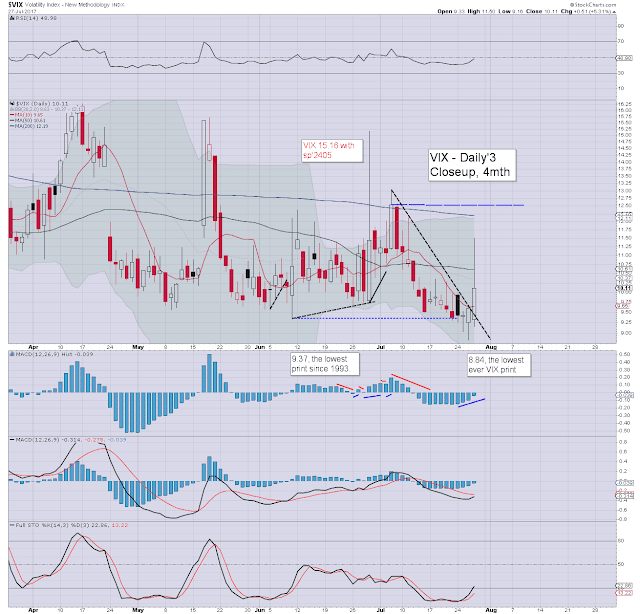 *note how the Tues/Wed' black-fail candles in the sp'500 were subtle warnings of today's break lower.
--

US equities opened very mixed, but with a notable trio of new historic highs for the sp', nasdaq comp', and the Dow. There was a very strong swing lower from 12pm onward, with the market filling the first, and secondary gap zones.

The third gap zone of sp'2435/25 remains set to be at least partly filled, before the market has a better chance at pushing into the 2500s.


A note on AMZN 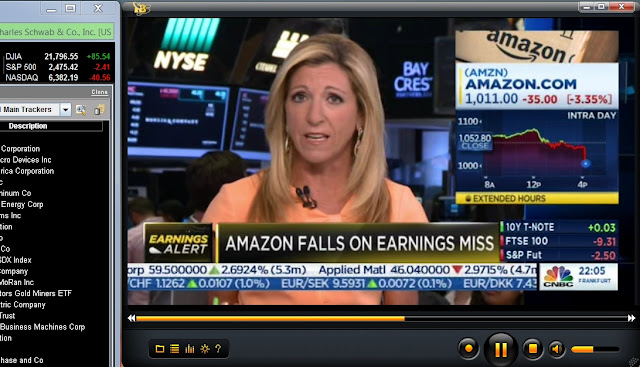 Ms. Link - whom I've never been a fan of, noted how "... you buy Amazon for top line growth, not profits'. Well, being within the mainstream, I can't blame her for towing that party line, but the financial historians won't look kindly on that kind of batshit crazy investment opinion.

To be clear, I like the service, but as a company, its pure garbage. No significant profits, no dividends, and unquestionably, causing problems for thousands of retailers across the globe.

Its notable that one of the few who is actually deriving an income from Amazon is Bezos. Perhaps he'll make it to Mars via Blue Origin, before this South Sea-esque bubble bursts?
--