After trading broadly sideways for almost fourteen months, the sp'500 has broken up and away, with a new historic high of 2143. Broader upside to the 2200s looks due by mid/late September, at which point the mainstream will be seeking a year end close in the 2300s. 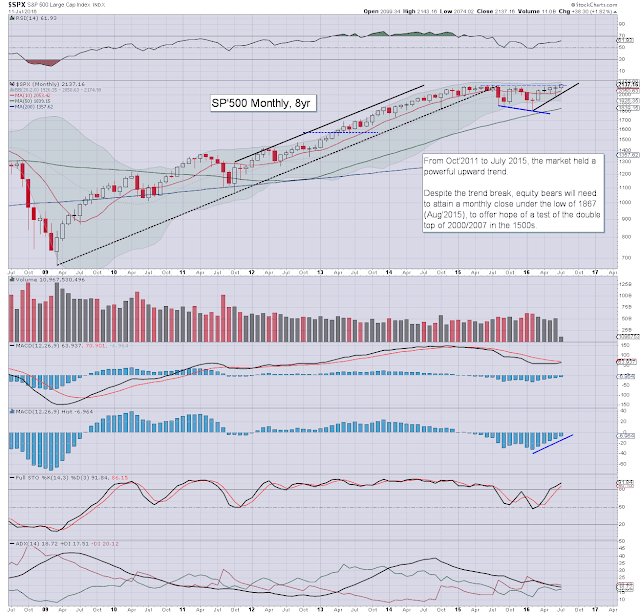 There is little to be said about today, that I didn't already outline this past weekend.

With a very significant new historic high, the outlook is bullish, and any retraces are to be treated as such.

Unless I see price action back under rising trend of 2040 (as at early August), I can't be bearish. 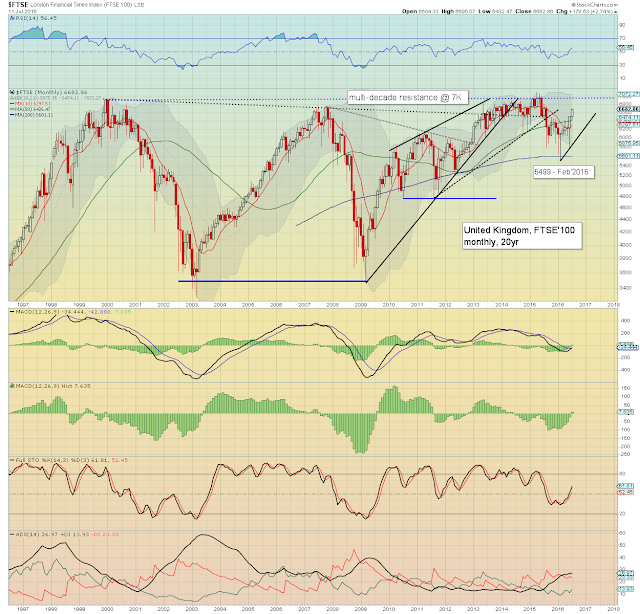 The hyper-bullish spike floor June candle, is being confirmed with strong July follow through. Next level is 7K. Any monthly close in the 7000s would bode for far higher levels. The issue now is whether Carney of the BoE will follow through on his threat to cut rates and spool up the printers to protect against a BREXIT induced recession. 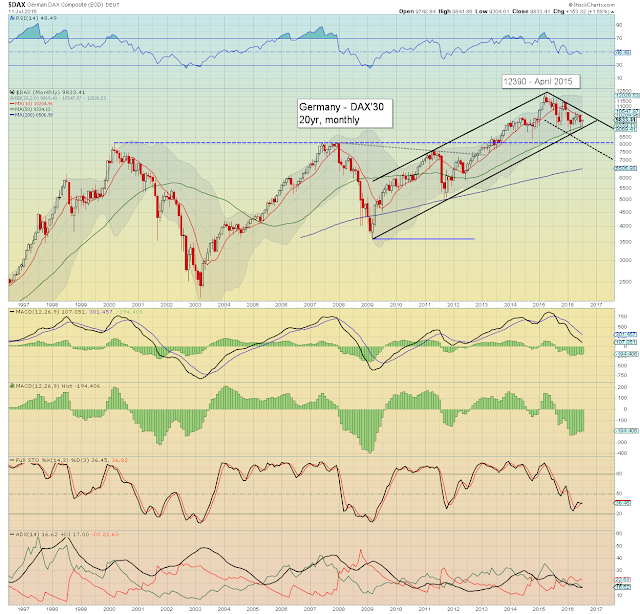 Note the current spiky floor candle. First resistance is the 10K psy' level, and then 10500. Any price action in the 10600s should be enough to offer clarity that the German market is headed for 12-13k by year end. There is the small matter of Deutsche Bank, yet it would seem an EU bank re-capitalisation program via the ECB is a real possibility this Aug/September. 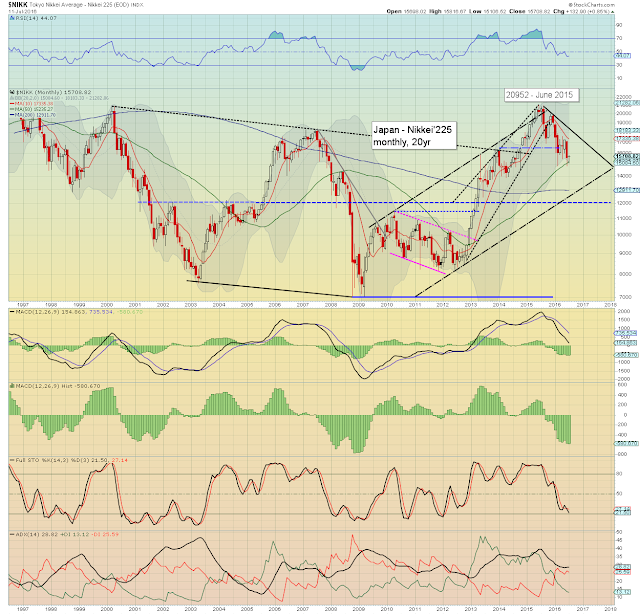 The Japanese market saw a net Monday gain of 4.0%, as chatter of helicopter money increases. In early August, equity bulls need to see >17K to have confidence a move back above 20k will occur by spring 2017.
--

I've changed the blog template a little (everyone has a 1900x1080 screen, yes?), updated some graphics, and various outdated links.

Most notable, I've added a forum, which you are welcome to view/join. It will be there for the long term, and will be a good place for those who want to share ideas, especially across the longer term.


Would you rather me still be bearish?

Unlike many (and I could reel off a long list) of other sites/blogs, yours truly will not pander to those perpetually expecting the imminent end of the world.

Despite my online bearish moniker, I will NOT tout bearish talk for the sake of garnering web traffic. It remains the primary reason why my audience isn't anything remotely close to many other sites.

For those of you interested in as balanced an outlook as is possible in these crazy times, keep on coming back... as I ain't going anywhere.