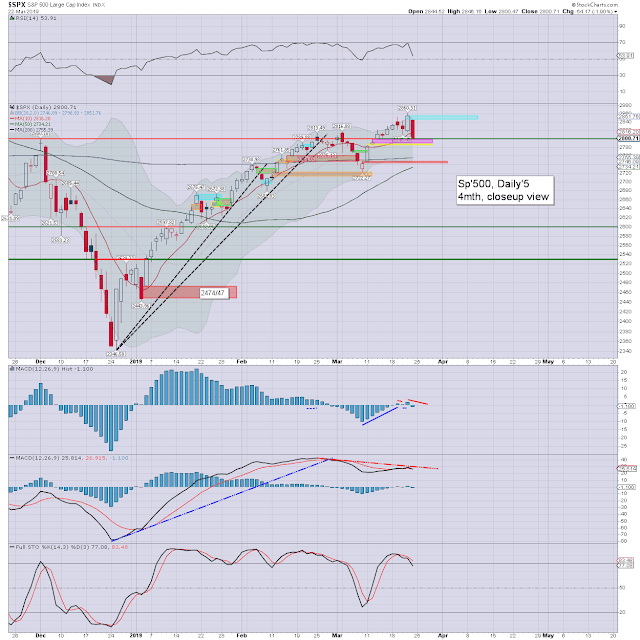 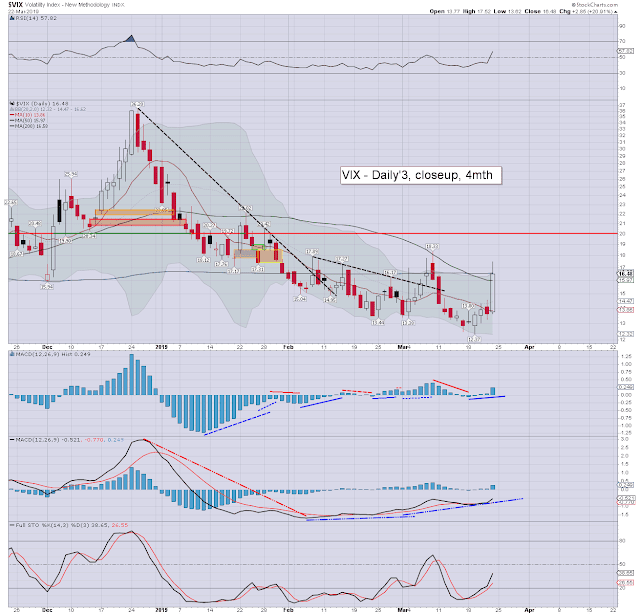 US equities opened broadly weak, and unlike Thursday, an opening reversal attempt failed, with prices spiraling lower. Lower bond yields were a particular pressure on the financials, and that dragged the rest of the market lower. The afternoon saw a bounce, but the closing hour saw another strong swing lower, settling at the low of the day, at the key 2800 threshold.

Whilst the mainstream were very pleased with Print Central on Wednesday afternoon, its only taken a few days to see some of the cheerleaders already back to blaming the fed. 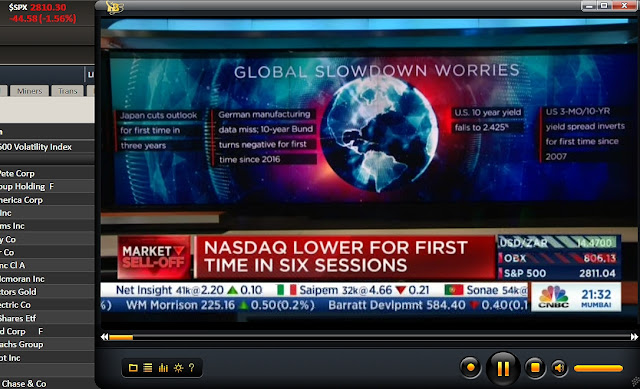 Lets be clear, the German economy is falling into recession, and where Germany goes, the rest of the EU can be expected to follow. For now, the US econ-data isn't remotely recessionary, but further weakness can be expected.

As I've repeatedly noted, the bulls have a few cards left. The first was an announcement of end date for QT... check. Next... a US/China trade deal, which might not occur of course. The third is a rate cut... but that in itself would be the ultimate equity sell signal.. as it was in Sept'2007.
-