US equity indexes are increasingly weak, with provisional breaks of core rising trend in most indexes. Transports continues to lead the way lower, with the Dow and other indexes now following. The US market looks set for significant weakness into late Sept/early Oct. 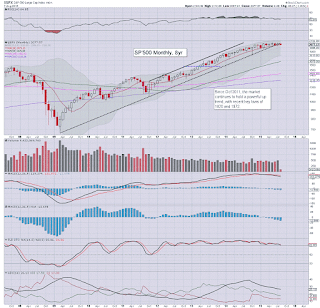 Sustained action <1800 looks extremely unlikely, and best guess is that the US (and most other world equity markets) will rally from October onward... and across much of 2016. 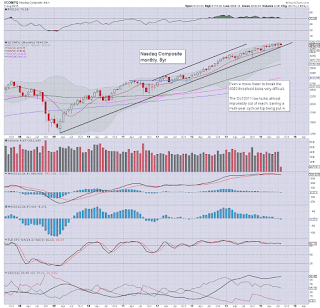 The Nasdaq comp' continues to cool from the July high of 5231, settling the week at 5043. Underlying MACD (blue bar histogram) cycle is negative for the first time since Dec'2012. First target is a break under rising trend.. currently around 4900. From there, primary target is around 4000... which is a clear 20% lower. 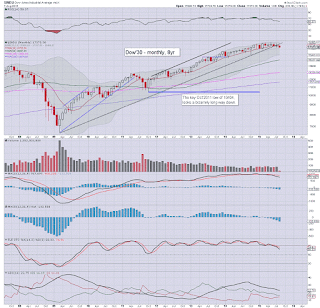 The once mighty Dow has likely maxed out for the year at 18351, and is set for the 17000 threshold in the near term. After any bounce, more significant downside looks probable across September to the 16500/16000 zone. 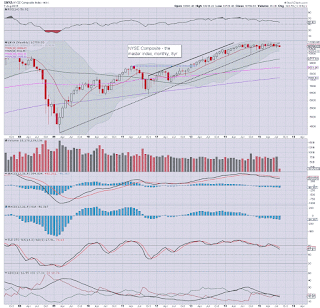 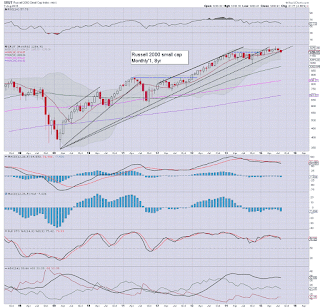 The second market leader - R2K, has broken the core trend, and looks set to broadly decline to the 1100 threshold. Sustained action under the Oct'2014 low of 1040 looks very difficult. 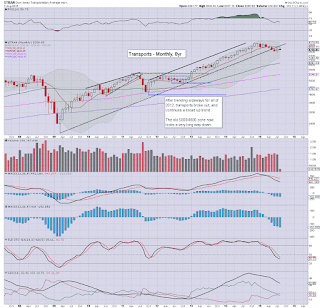 Despite a net July gain, the Transports 'old leader', is back on the slide, and is currently -1.7% so far this month. Further downside to the 7500/250 zone looks due.. which would likely equate to sp'1900. Sustained action under 7K looks extremely difficult, not least as the MACD cycle is already on the low side.

All US indexes look to have maxed out for the summer.. if not the year. Considering recent price action and structure, the market looks to be in the early phase of a significant correction.

Lets be clear... the QE continues (via the ECB and BoJ), along with share buybacks, and interest rates which will remain relatively low for years to come.
-- 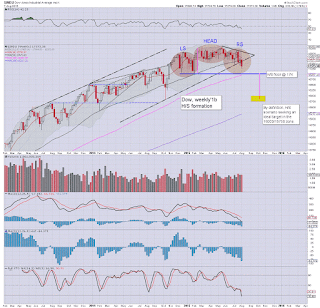 *Fed officials Lockhart and Dudley are set to speak on Monday and Wed' respectively.

--
back at the Monday open :)
Posted by Trading Sunset at 17:00:00
Email ThisBlogThis!Share to TwitterShare to FacebookShare to Pinterest

Whilst equities ended the week moderately lower, there was more notable action in the US bond market. The ETF of TLT settled higher by a significant 1.3% @ $124.32. The near/mid term trend is unquestionably now bullish into late Sept/early Oct. 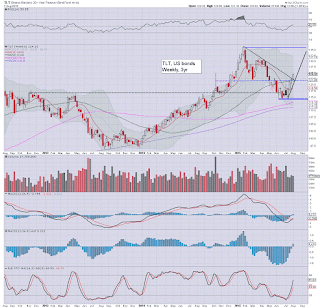 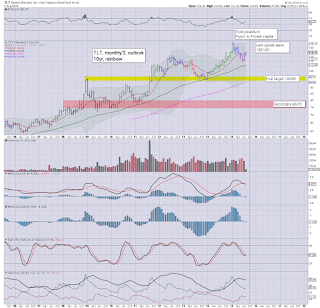 *I realise many have little concern about the bond market, but there are some truly grand implications.. as those who follow Armstrong will be well aware of.
--

My guess would be a double top, but regardless, I will look to be short TLT from early Oct' onward.

--
*the weekend update will be on the US monthly indexes
Posted by Trading Sunset at 04:00:00
Email ThisBlogThis!Share to TwitterShare to FacebookShare to Pinterest 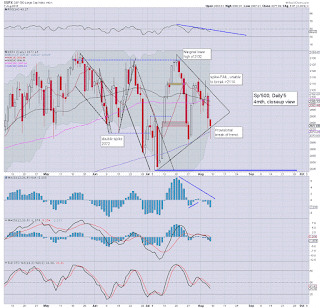 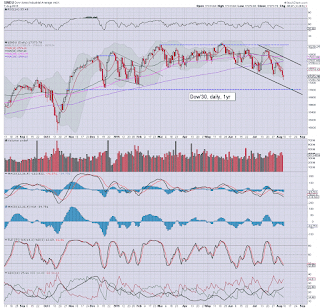 *a very notable 7th net daily decline in the Dow, the worse streak since the collapse wave of July/August 2011.

The Dow has closed lower for 12 of the last 14 trading days.