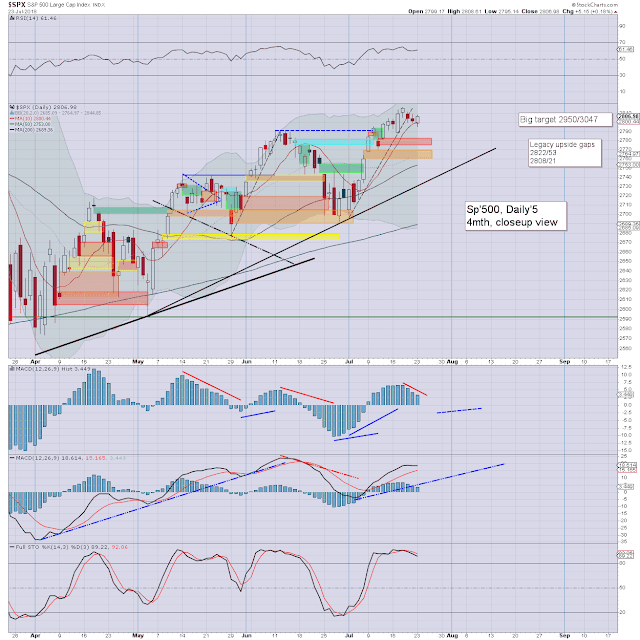 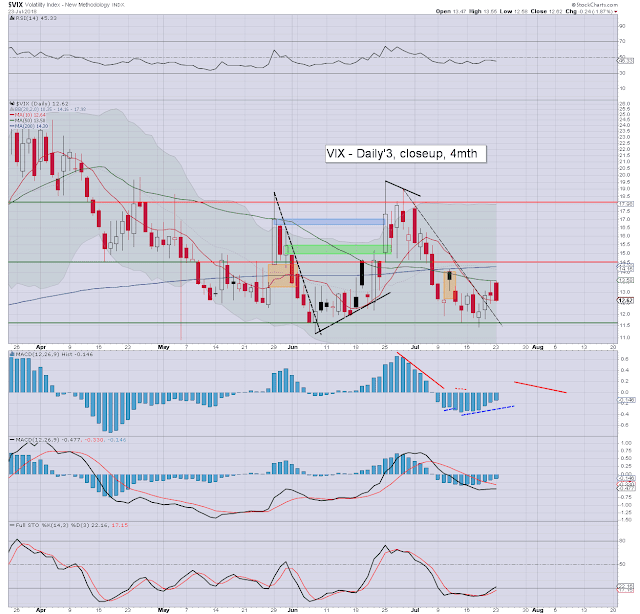 The week began on a pretty subdued note. Whilst the sp' did break last week's low to 2795, there was afternoon upward melt, with most indexes (Dow was an exception) moderately higher. Volatility opened in the mid 13s, but with equities leaning back upward, the VIX melted back to the mid 12s. S/t outlook offers the sp'2760s, which would likely equate to VIX spiking to the 14/15s.
- 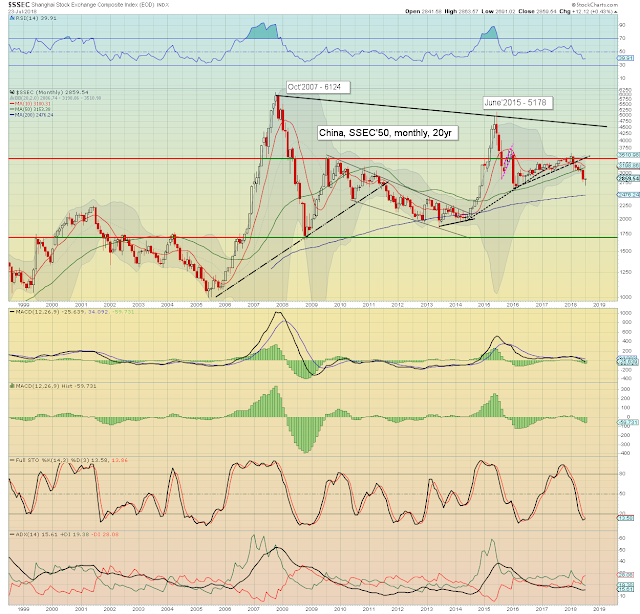 With six trading days left of the month, the Shanghai comp' has turned net positive, +0.4% at 2859. The PBOC are meddling of course, not least via the Yuan fix. Mainstream consensus is that things would turn 'wild' with a break >7.00 to the USD. That really isn't far up... just 3% or so.