The market closed higher for the fifth consecutive week. There were significant gains of 3% for both the Rus'2000 and Transportation index. The current trend from the November lows remains unquestionably upward. 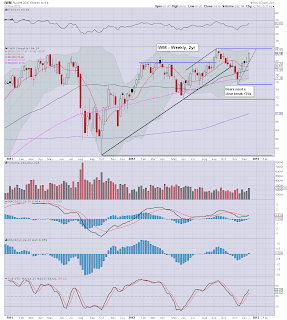 The R2K saw significant gains of 3.1% this week, and is outright bullish. The last line in the sand for the bears is the QE high around 85.50 - that is just over 1.5% away - and could clearly be achieved within a single trading day.

For the bulls who believe we'll rally into 2013, this index provides strong supporting evidence. 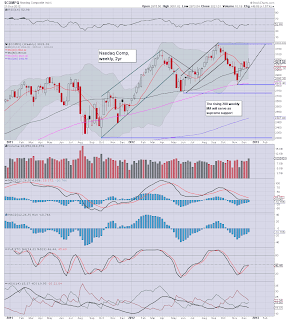 The tech sector managed a further 1.7% gain, but did slip back from the earlier gains. The broad near term trend remains upward, and despite a marginally spiky weekly candle, its really not yet bearish. 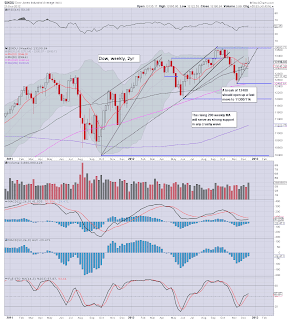 The Dow'30 index only managed gains of 0.4%, and was the weakest index this week. There are now two consecutive weekly spiky candles, and this is now the most bearish chart out there - not that its 'very' bearish in itself.

There is no decisive turn lower yet, and the next upside target is clearly the QE highs in the 13600s. Still no bullish MACD cross yet, and we're still marginally negative momentum. 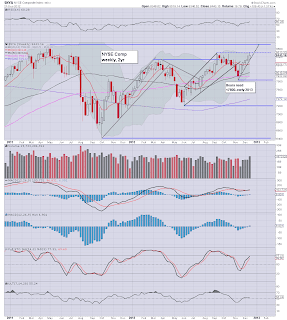 The master index was the second index (the transports is the other) to exceed the September QE highs this week, and is now starting to breakout. The only level left to break is the May'2011 highs around 8700. There is obviously nothing bearish about this index. 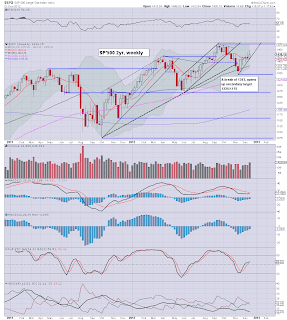 The big sp'500 managed gains of just over 1%, and closed with the highest weekly close since early October. We're just 3% shy of the QE highs.

Underlying momentum is still negative though, and we don't yet have a bullish cross on the MACD.

A weekly close <1400 would be moderately bearish, but until we take out the November 1343 low, bears are facing what is a significant multi-week up cycle. 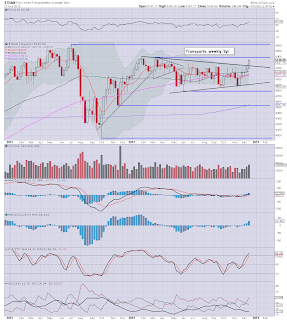 Just like the Rus'2000 small cap, the Transports lead the way this past week, with significant gains of 3%. We're now just 1% away from taking out the March 5400 highs.

Lets be clear, a weekly/monthly close >5400, would be a VERY bullish signal for the broader market. Only with a close back <5000, and preferably 4800, could the bears get justifiably excited about future downside. Right now, 5k looks a long way down.

The near term trend is indeed very much still to the upside. We've seen an up cycle of 105pts on the sp'500, that's just over 7%. A fair bounce to be sure. 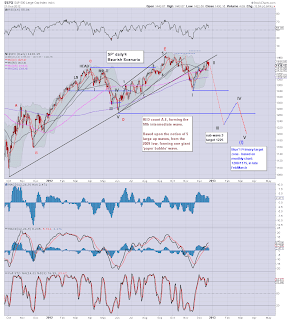 My original outlook from October was for the first down wave to hit 1345 (we floored @ 1343), then a bounce to 1400/25. At the time I had even considered a bounce as high as 1450/60 - if the back test stretched out into end December, but honestly, I'm still a little surprised and slightly dismayed that we broke into the 1440s this past week.

We'll know soon enough if my October outlook is still 'broadly correct'. Without question, the next down cycle should take out the November low of 1343, and then quickly challenge the June low of 1266.

What is clear, if all the indexes break the mid-September QE highs, then the outlook will have conclusively failed. So far, only the NYSE Comp and the Transports are above the September highs, and it could be argued that both are indexes that often 'exist in their own little world'.

The coming week will be a short one. We have early closing at 1pm.on Christmas Eve, with Christmas Day closed of course. Many Europeans might be surprised that the US markets will be trading normally on Wednesday.

I will return for the shortened session on Monday.

Good wishes from London
Posted by Trading Sunset at 18:27:00
Email ThisBlogThis!Share to TwitterShare to FacebookShare to Pinterest 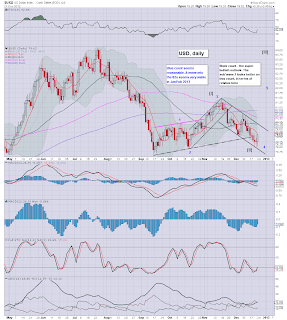 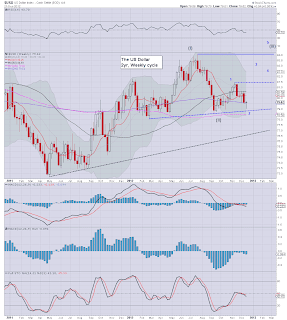 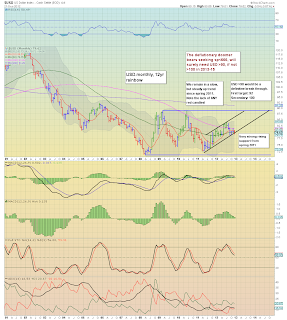 *next posting will be late Saturday, probably on the weekly index charts.
Posted by Trading Sunset at 04:00:00
Email ThisBlogThis!Share to TwitterShare to FacebookShare to Pinterest

The main indexes all closed lower, although the declines were probably much less than many were expecting. The close of sp'1430 is a little over 1% higher across the week, but some 18pts lower than the earlier high. 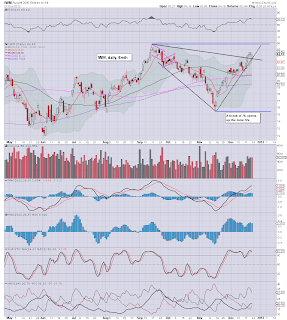 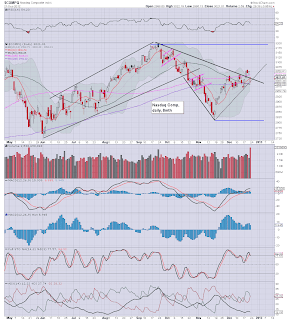 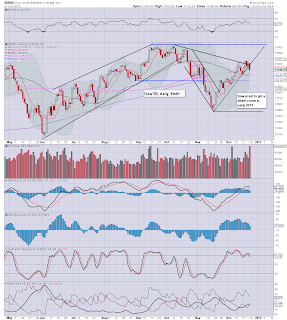 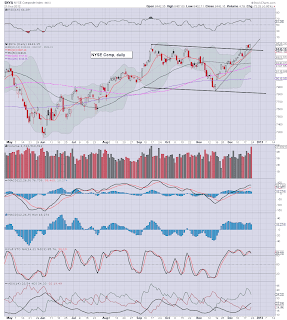 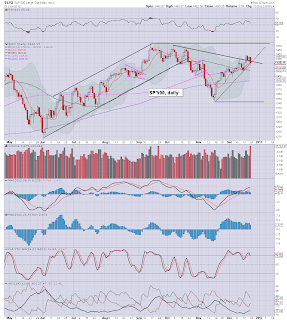 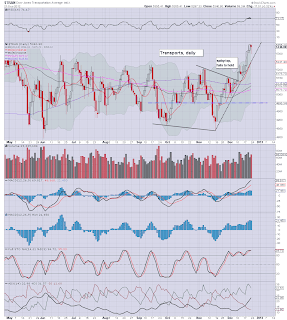 Looking across the main six indexes, we can see the mid-term trend is still upward.

As has been the case all week, bears need to take out the recent low of sp'1413, and then 1398. Arguably, bears can not be confident of the general outlook until we are consistently trading under the important sp'1400 level.

Transports and the Rus'2000 have been especially strong this week, and the NYSE Composite  actually broke above the mid-September QE highs.


Staying focused on the key levels

The key support levels are clear. Bears need to get back under sp'1400, and bulls merely need more slow algo-melt higher to achieve yet another new high >1448. The one notable concern the bulls should have is the VIX, which has put in the fourth consecutive highly weekly close. Yes, the VIX is still very low, and even today could not break the 20 threshold, but it seems to be inexorably climbing.