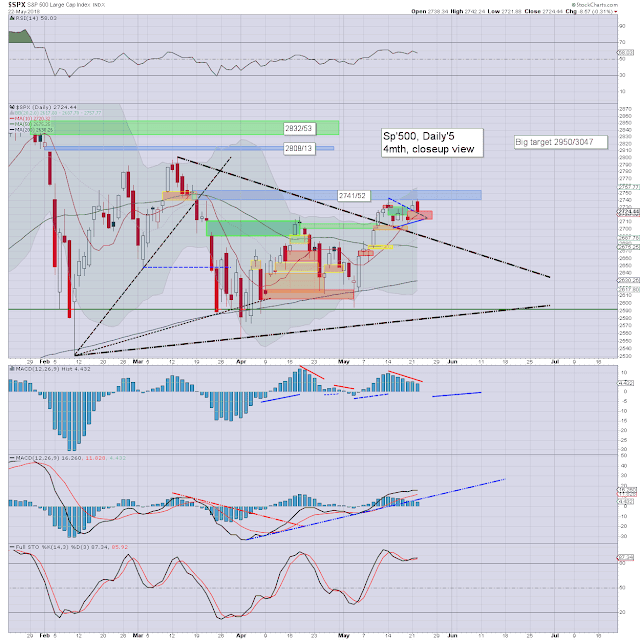 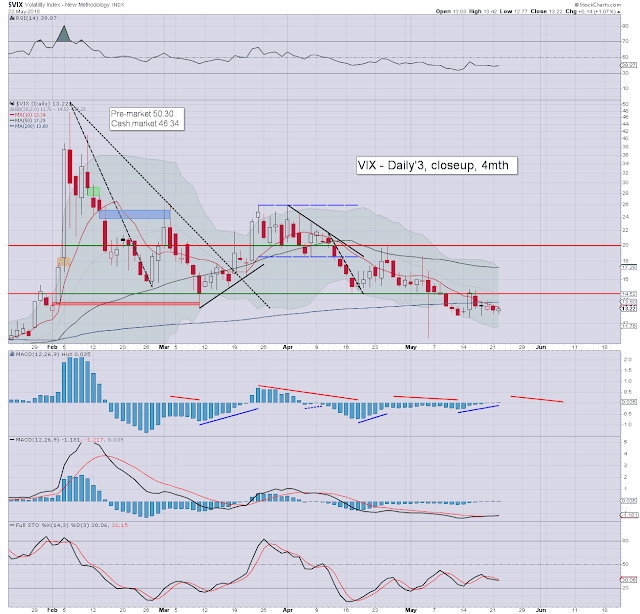 US equities opened a little higher, and battled to 2742. From there... a great deal of micro chop, and leaning distinctly weak in the late afternoon. Yesterday's opening gap of 2725/12 looks set to be fully filled, before the market resumes upward. The R2K notably broke a new historic high for a FIFTH consecutive day, which bodes well for the other indexes into early summer.

Volatility was naturally subdued, and despite late afternoon equity cooling, the VIX only settled a little higher in the low 13s.
-- 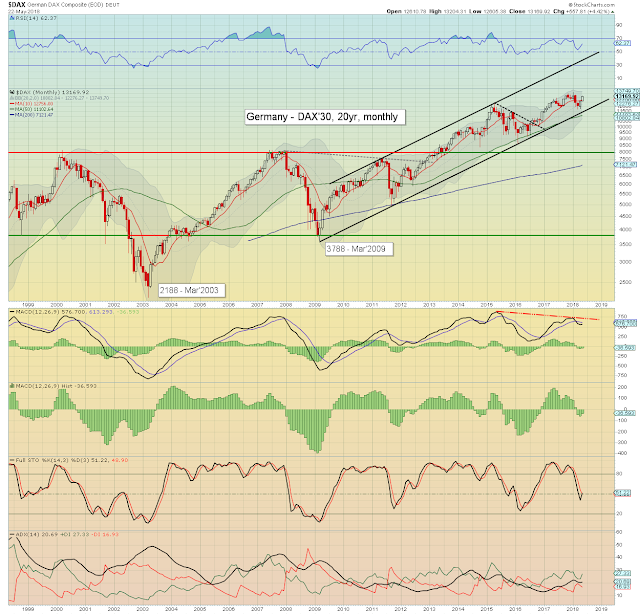 The DAX is currently net higher for May by a very significant 4.4% at 13169. New historic highs look due into early summer. Price structure is a clear five waves from the March 2009 low.
-- 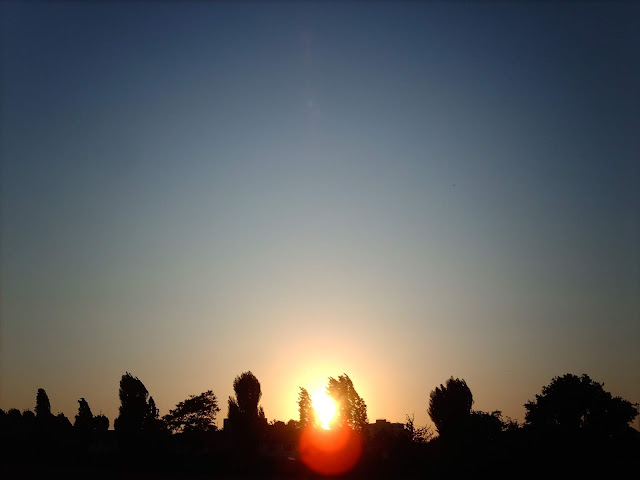