A path of lies or just delusion? 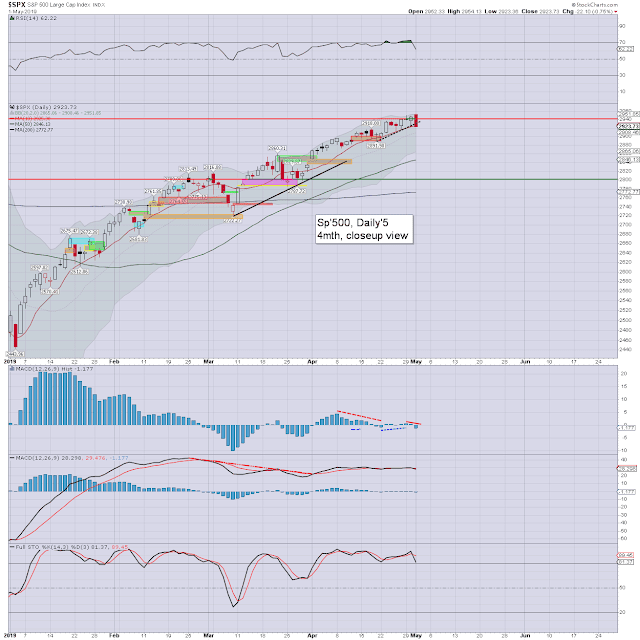 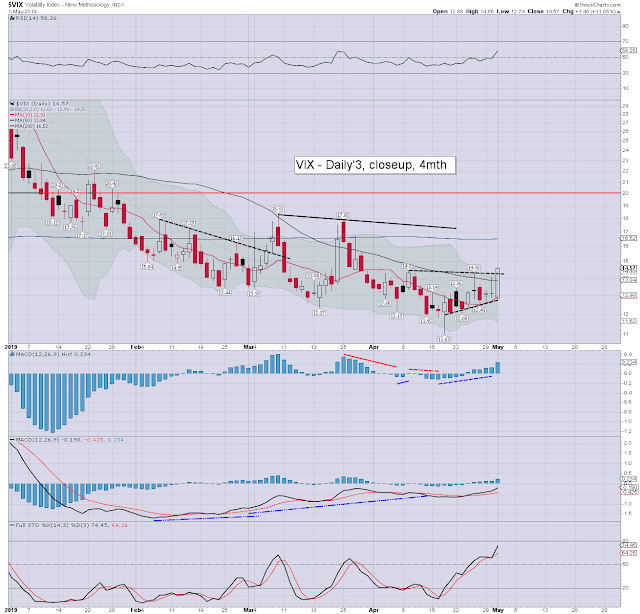 US equities began the new month with a new historic high for the SPX of sp'2954. On any basis, that already makes May a month for the equity bulls. Once Powell was out of the way, the market saw a pretty ugly closing hour. Volatility was subdued until a late afternoon spike, settling +12.8% to 14.80.


A path of lies or just delusion?

Powell's belief that the US economy continues on a 'healthy path' is either an outright lie or just a delusion. 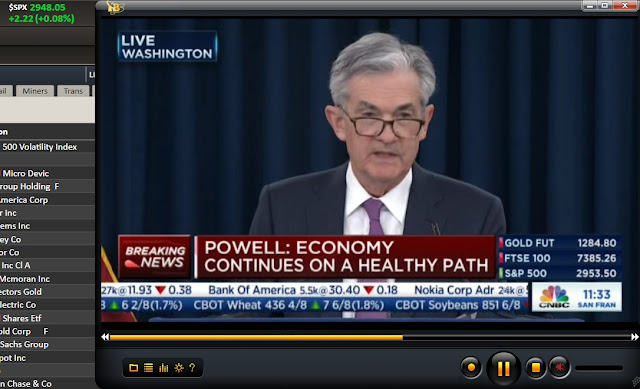 For the record, I do actually believe in Powell's sincerity. He is an academic, tasked with achieving the impossible, and under increasing political pressure from Trump. In many ways... I pity the guy. Financial historians of the late 21st century won't look kindly on anyone from the institution that is Print Central.


Meanwhile... a notable highlight from yesterday... 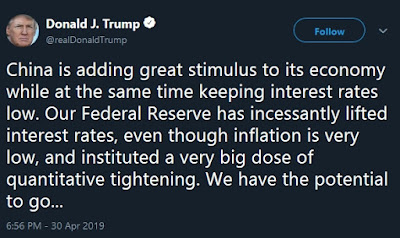 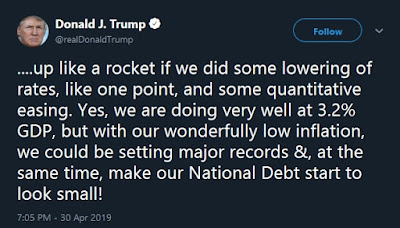 So, now we have Trump calling for a cut in rates of 100bps, along with renewed QE. Yet, the US President (along with his many spokespeople, not least the Kudlow) are also touting the US economy as in boom mode. Whether you see it as a classic case of denial, twisted logic, or just outright lies, neither Trump or anyone else, can have it both ways.

Whilst I see US econ-data and earnings as continuing to come in broadly fine, there is a distinct weakening of the trend since Q4 2018.

The ultimate issue is whether Print Central, or rather the US Govt', will tolerate a massive drop in equities, before spinning up the printers (baseline case, $2.5/3.0trn). In any case, we are another day closer to the end of QT, a rate cut, and QE4.


There was no recovery

Ticker guy, aka.. Denniger is someone I have a love/hate attitude toward. He has some wildly crazy views on some matters, but the following post merits serious consideration...

The data and commentary IS correct. I would hope at least most of you recognise that much.
--