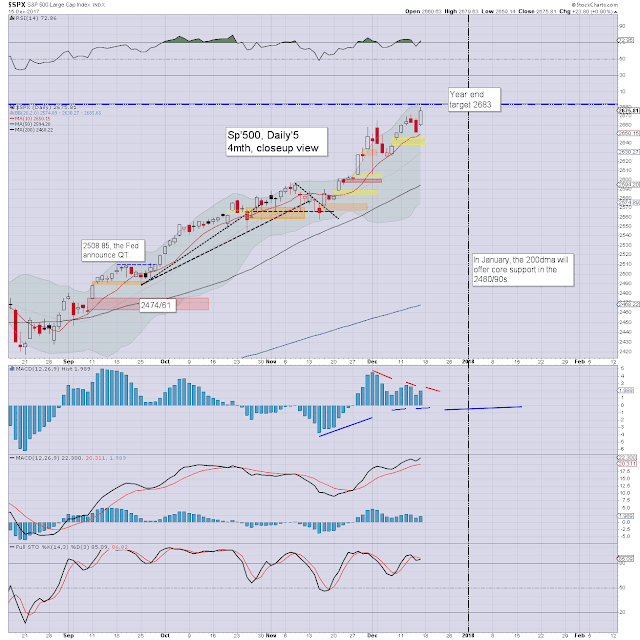 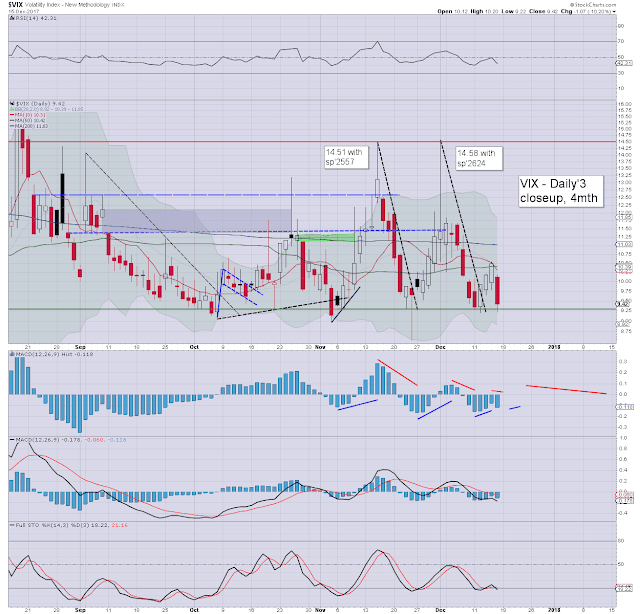 US equities opened moderately higher, and it was enough to quickly generate a new historic high for the sp'500. The Dow and Nasdaq comp' followed in the afternoon. The new historic high of 2679.63 is a mere 3.37pts from my original year end target of 2683. Many now recognise a continued push to around 3K is probable in 2018.

With broadly higher equities, and good earnings from COST, ADBE, and ORCL, the capital market was in an especially confident mood ahead of the weekend, with the VIX cooling by a very significant -10.2% to the 9.42. A little burst to the 11/12s remains viable early next week.
--