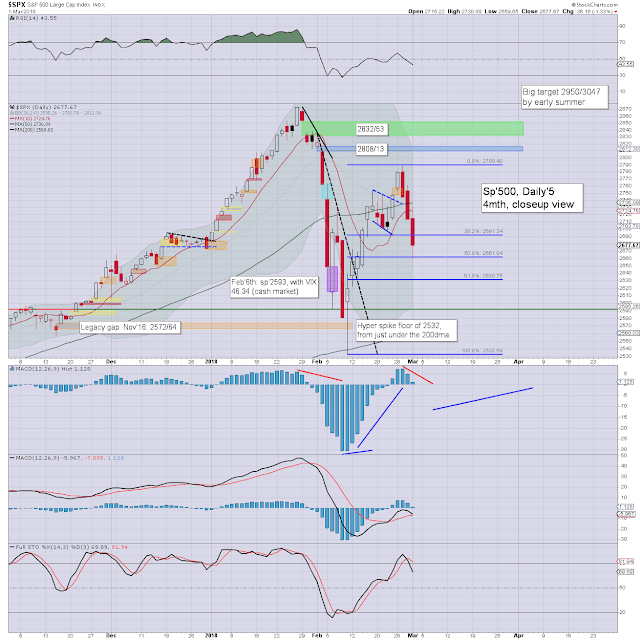 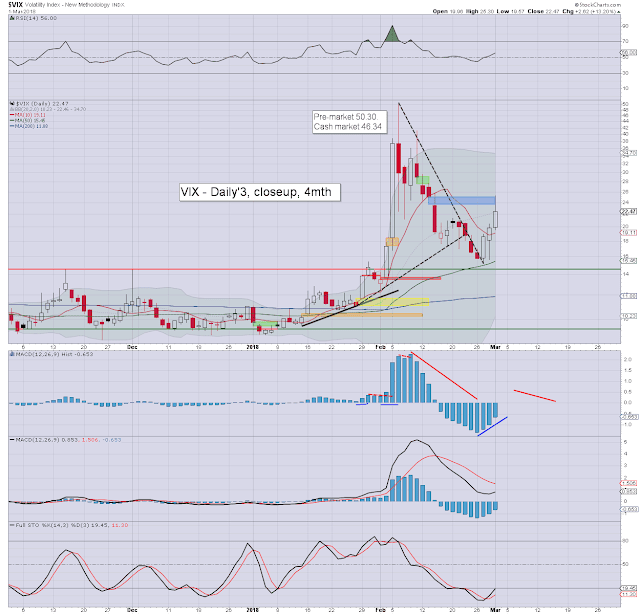 I've never actually crunched the numbers, but having watched this nonsense for over a quarter century, I have long noticed that Thursday's tend to favour the equity bears. There are a few reasons for this, not least that downward pressure can take some days to build.

Today was an especially thorny day in market land. Pre-market moderate declines were negated by the open, but then the sellers appeared, only for the market to bounce from 2699. The bounce was very shaky, and the market rolled over again, and then very significantly imploded into the afternoon. The following sure didn't help... 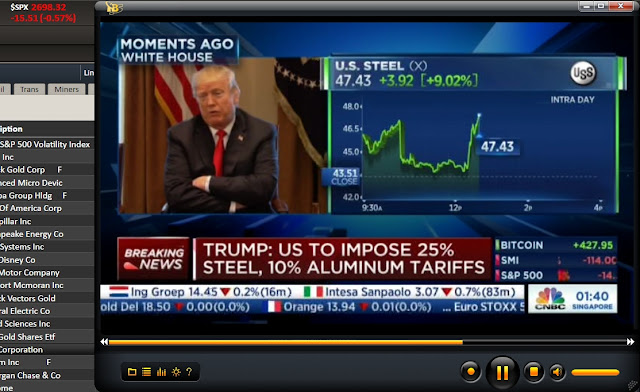 ... tariff chatter from Trump really upset the mainstream, and almost everything - except the Steel and Alu' producer stocks, swung significantly lower. The afternoon break <2690 saw equities spiral lower, with an afternoon low of 2659, notably under the 50% fib' retrace.

With equities lower for a third day, the VIX swung upward from a morning low in the mid 19s, to the mid 25s, and settling in the mid 22s.