Bernanke on the loose 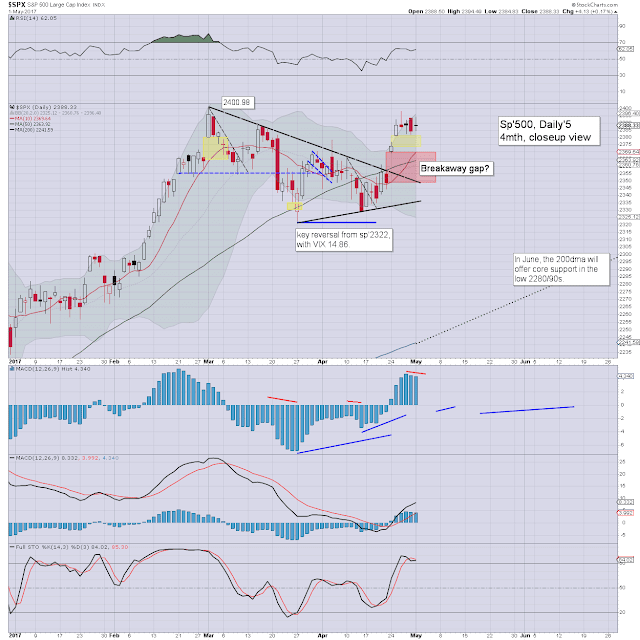 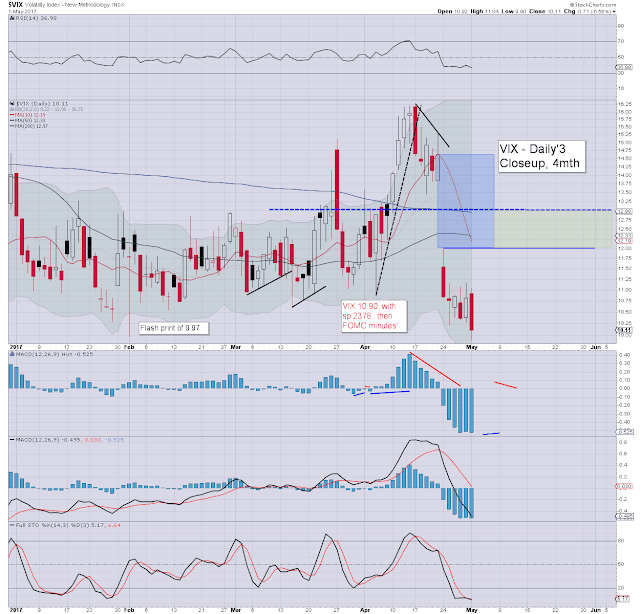 It was a pretty sleepy day in equity land, although the underlying upward pressure is still clearly seen. The Nasdaq comp' saw yet another new historic high of 6100.

Market volatility remains very subdued, with the VIX falling into the 9s, for the first time since Feb'1st. The key 20 threshold looks out of range until at least October unless something 'nuclear' happens in North Korea.
--


Meanwhile, the Bernanke was on the loose this morning... 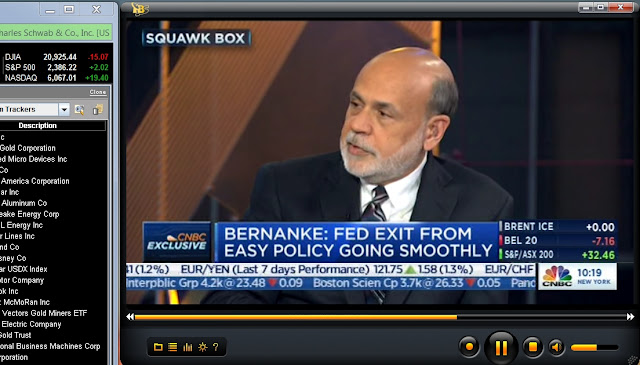 For the equity bears, the Bernanke sure did cause a lot of problems. I actually could understand the multi-trillion (15 or so) credit line/back-stop, that the Fed launched in late 2008. However, the T-bond/MBS buying was suspect from the start. I was always against QE, as it never did much other than to falsely pump equity prices. It remains notable that its only very recently that a few ex fed officials have admitted the 'wealth effect' was a direct intention.

Anyway, Bernanke is now a fading memory, and Yellen will likely be out early next year. Indeed, the real issue is who will be leading the Fed when the next recession hits? Who will be cutting rates back toward zero, and initiating QE4? We all know its coming... its just a matter of when.